Star Trek: The Next Generation: "Sins of the Father" 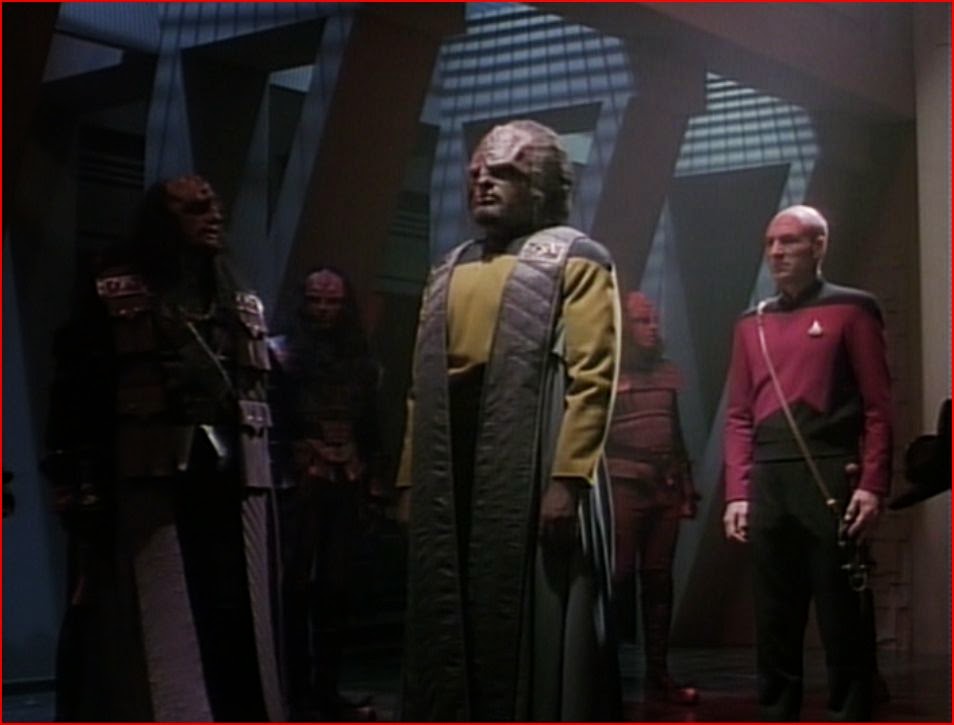 In response to Commander Riker’s short-term exchange on a Klingon bird-of-prey, the Enterprise plays host to a new temporary first officer: the Klingon Commander Kurn. What seems to be a simple culture clash turns out to be a much more complicated affair when Kurn reveals himself to be Worf’s younger brother, and that their late father has been accused of being a Romulan collaborator.

In many ways “Sins of the Father” is a pretty reasonable template for where The Next Generation went as the series went on. It’s based firmly around one of the lead characters, it follows on from the events of previous episodes and it leaves plenty of dramatic opportunities open for future episodes and writers to pick up and continue.


It’s also really great, because it continues the series’ growing interest in the Klingon Empire, and fleshes out their culture more than any episode before it. This is the first time in Star Trek history that we see the Klingon homeworld – although it won’t actually get a name for a few more years.

Earlier episodes had introduced Worf’s tragic childhood, in which he was the sole survivor of a Romulan massacre against a Klingon outpost. Now he discovers he has a younger brother, Kurn (Tony Todd), and that his father has been accused of collaborating with the Romulans in engineering that massacre. This is great writing, because it develops Worf’s back story in a very dramatic fashion, it rewards long-time viewers by bringing back and elaborating on previous plot elements, and it’s still self-contained enough that casual or new viewers won’t feel out of their depth.

There’s some great plotting here as well: it’s easy to forget by the end that this episode begins as a sequel of sorts of Season 2’s “A Matter of Honor”. We’re led to think that the episode’s all going to be about how the crew deal with working for Commander Kurn – that he turns out to be Worf’s brother and that their father has posthumously been accused of treason is something that comes completely from left-of-field.

The episode’s conclusion is genuinely surprising, and unusually complex for how Star Trek usually treats the Klingons. They’re usually a fairly superficial combination of Vikings and samurai, but here they’re revealed to also be highly political. Duras’ father is revealed as the traitor, but accusing him of that treachery would throw the precariously fragile Klingon government into a civil war. Mogh, Worf’s father, was seen as a convenient scapegoat: he only had one heir of whom they knew, and he had apparently abandoned his Klingon heritage to serve on a Starfleet vessel. That Worf does return home to defend his family’s honour, and then openly accepts a discommendation – basically all Klingons from now on will treat him as honourless scum – speaks volumes to his character. It’s a depressing ending, sure, but it’s also his finest hour.

This is the 10th good episode of the season, out of 17 episodes to date. That gives Season 3 a quality ratio of 59% with nine more episodes to go.
Posted by Grant at 9:09 AM