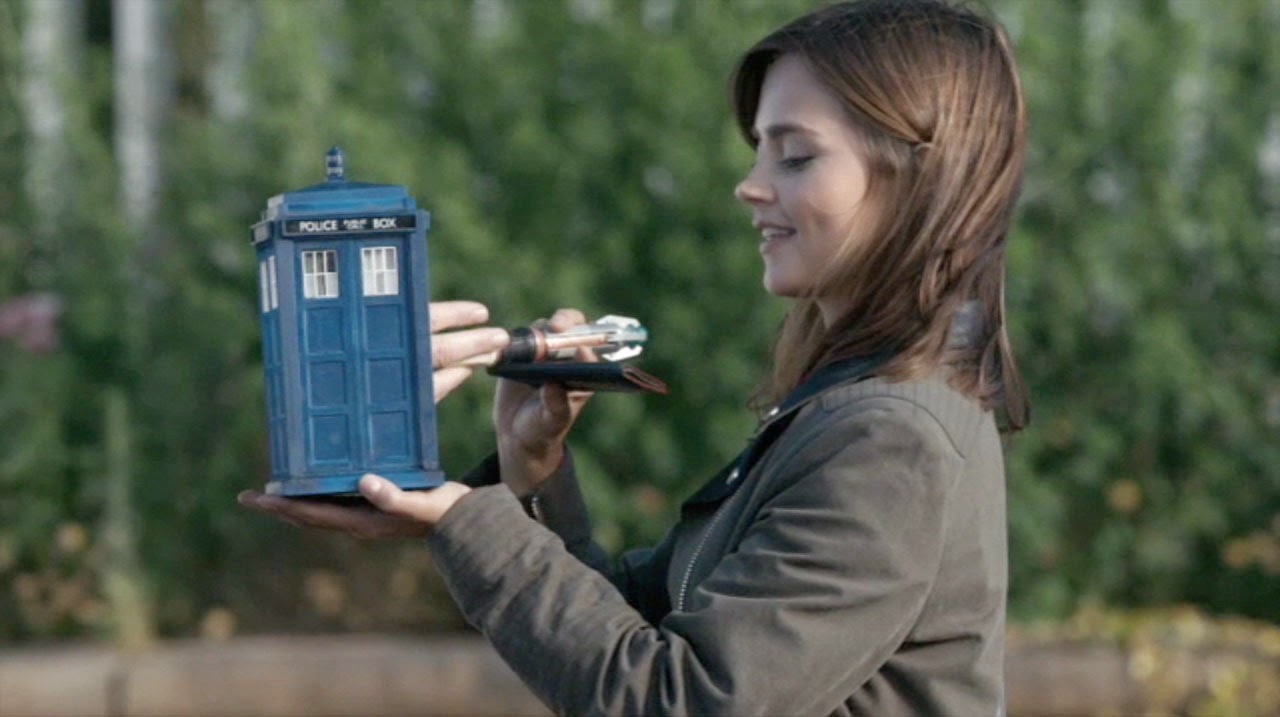 The TARDIS arrives in Bristol, where a mysterious force is taking the lives of random people around the town. When the TARDIS' dimensions begin to collapse in on themselves - trapping the Doctor inside - it is up to Clara to take up the responsibility of saving the Earth from the terrifying "Boneless".

After a fairly shaky first few weeks, Doctor Who's eighth season appears to have found its stride and is barreling along marvelously. Once again we've got an episode that pretty much does everything right. In many ways that makes it a hell of a thing to review, since the most obvious course is to simply give "Flatline" a hearty recommendation and move on. Let's try and dig a little deeper, since we're all already here.

This was the second script in a row for Jamie Mathieson, and based on both this and the previous week's "Mummy on the Orient Express" I really hope he sticks around to write some more. He has nailed the essence of Doctor Who, which is what 1970s script editor Terrance Dicks described as "a blend of hectic menace and gentle self-mockery". Mathieson's script manages to be genuinely creepy, and occasionally downright frightening, yet there are plenty of opportunities taken for levity and more than a little absurdist humour. The sight of the Doctor's fingers poking out of the door of a six-inch high TARDIS to drag it out of harm's way is pretty much the silliest thing I've seen in a while, but Mathieson earns it with the rest of the episode. In poorer hands it would have been tedious, yet sandwiched between the more dramatic moments it's a well-earned relief.

The Boneless themselves are a brilliant creation: two-dimensional monsters murdering their way through a three-dimensional world. The visual effects team excel themselves, making something quite difficult to imagine both believable and effective. It's the sort of pop science fantasy that Doctor Who is great at, and which earlier episodes this season ("Kill the Moon", for example) seemed to lack. I can see the production team bringing them back in future years, although it'll be a tricky job making them this effective again.

The core of the episode is, however, Clara's attempt to stand in for the Doctor while he's trapped. It's done pretty well, and certainly Jenna Coleman continues to impress me this year. It's amazing to think how far both the actor and the character have come; a year ago I couldn't wait for her to leave, and now I'm actually rather sad to see her go. The episode's conclusion, with her friendship with the Doctor growing tenuously unstable, was both surprising and effective.

Another great episode brings the season's tally up to seven good episodes out of nine, or a quality ratio of 78%. There are three episodes to go, including this weekend's "In the Forest of the Night", which I shall hopefully get to sometime this week.
Posted by Grant at 10:49 PM