SimCity and Prince of Persia: 25 years on 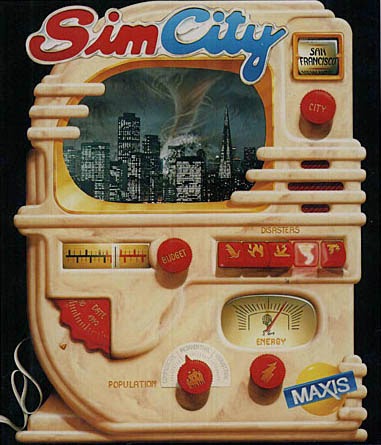 Today marks the 25th anniversary of the renowned videogame SimCity, which was first released for Amiga and Apple computers on 3 October 1989. The game was initially developed by designer Will Wright in 1985, when he realised that he was enjoyed playing with the level generator of his current game, Raid on Bungeling Bay, that he was the game itself. This led him to explore the possibility of a game that simulated building an environment. It was a groundbreaking idea for a game: there was no enemy to defeat, and no real way to win or lose the game in conventional terms. Wright's original publisher, Brøderbund, refused to produce the game, leading Wright to sign up with the new company Maxis instead. The game's proposed title was Micropolis until it was renamed SimCity at the last minute.

Don't feel too sorry for Brøderbund over their missing out on SimCity. Also celebrating its 25th anniversary today is Jordan Mechner's Prince of Persia, released for the Apple II on the same day as SimCity. It was a side-scrolling action-adventure game that boasted incredibly fluid graphics, rotoscoped frame-by-frame from video footage of Mechner's younger brother. Like SimCity it was a huge hit and created an entire franchise that continues to today. Its reach into popular culture is arguably a little bigger than SimCity, which never had the benefit of an expensive Walt Disney movie adaptation. On the other hand, Prince of Persia didn't kick off an entire genre of videogame, which SimCity kind of did.


SimCity has had numerous sequels produced over the years, and way more imitators and unofficial riffs on its core concept. Maxis also attempted spinning the Sim concept into every direction they could think of, with The Sims, SimEarth, SimFarm and (most improbably) SimAnt. The sense of play, starting with the original 1989, is palpable: placing down streets and setting up blocks for residences and industry, was tremendously addictive. It kicked off the idea of computer software existing as a toy rather than as a game: players could do just that, play, rather than work towards a defined goal or conclusion. You can see this play out over numerous phenomenally successful games today, not just The Sims but also Second Life, Minecraft and Disney Infinity's toybox.

Prince of Persia was actually a commercial failure on its initial release, chalking up just 7,000 copies sold in North America. It took off like a rocket in Japan and Europe, however, and eventually sold more than 2,000,000 copies across a staggering 23 platforms (including, most recently, iOS). It's fluid graphics and challenging gameplay were popular enough that Mechner directed two sequels in 1993 and 1999. In 2003 a team at Ubisoft led by designer Patrice Désilets - who would go on to create the popular Assassin's Creed franchise - revitalised the property with Prince of Persia: The Sands of Time, a reboot that not only led to several hit sequels but was adapted into a Walt Disney feature film directed by Mike Nichols.

It's a big day for videogame anniversaries. Happy birthday to SimCity and Prince of Persia: you have both left a hell of a legacy.
Posted by Grant at 9:54 PM