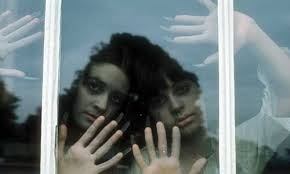 In the early 19th century, orphaned boy Stephen (Simon Gipps-Kent) is sent to the manor house of his eccentric old cousin Dr Abney (Joseph O'Connor). While exploring the grounds he thinks he can see two other children - a girl and a boy - but soon comes to discover that they are ghosts with a horrific secret to share.

The BBC sometimes has a weird attitude to Christmas. Their long-running soap opera EastEnders is a case in point: Christmas is most often a time for terrible calamity and character deaths. Then there was the time the BBC took the opportunity to broadcast the last-ever episode of Blake's 7 during Christmas week, or their choice to schedule Nigel Kneale's TV play The Stone Tape on Christmas Day. One of the more noted examples of the BBC eschewing warm festive fare for something weirdly dark and horrific is its series of ghost stories, broadcast late on Christmas night and based predominantly on the short stories of M.R. James.

So welcome to one of the slowest-running TV series ever made. A Ghost Story for Christmas premiered on Christmas Day 1971 with "The Stalls of Barchester", and continued at the late of one episode per year until Christmas 1978. All eight episodes were directed by Lawrence Gordon Clark, with the first five adapting M.R. James, the sixth Charles Dickens, and the final two presenting original works for television. All eight episodes were shot on 16mm film, giving them a much more cinematic feel than the typical BBC productions of the time. They range in length too; at just over half an hour, Lost Hearts is the shortest.

At 43 years old and counting, Lost Hearts has understandably aged quite a bit. While the use of film and location shooting has made it quite a bit fresher than some of its BBC contemporaries, the relatively mannered and theatrical performances are more difficult to avoid. It is also a relatively simplistic story - it simply doesn't have the time to showcase any depth.

That said, the horror elements remain relatively effective. It does not take long for Stephen to become tormented by the two grey-faced apparitions, who move in an eerie fashion and have frightening sharpened fingernails. The creepiest of the pair by far is the boy (Christopher Davis), who smiles broadly with wild eyes while playing a hurdy-gurdy. The incessant hurdy-gurdy music as he slowly approaches is deeply unsettling.

Simon Gipps-Kent is a solid juvenile lead, but Joseph O'Connor does over-act somewhat as the Shakespeare-quoting, over-enthused Dr Abney. To an extent O'Connor's performance damages the film's climax, and his acting has largely painted his character into a corner. It may simply be a side-effect of the production schedule - each episode of A Ghost Story for Christmas was shot at a breakneck pace and on the smallest of budgets (less than a hundred thousand pounds in today's money). Given the confined budget and truncated shoot, Lost Hearts actually acquits itself pretty admirably.
Posted by Grant at 9:41 AM