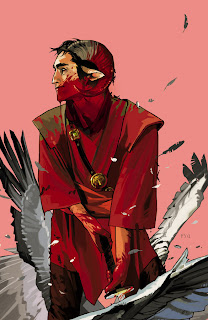 2012 has been a great year for comic books. DC solidified the best of its New 52 comic books, Marvel did their own relaunch that's brought up at least two or three standout books, and between them Image has emerged as America's preeminent publisher of science fiction, crime, horror and action comics.

If 2011 has been remembered as the year of the New 52, I think 2012 has a good chance of being remembered as the year creators finally took back control of the industry. While DC and Marvel had the best-selling books, the real critical buzz was focused on independent creator-owned books like Saga, The Walking Dead, Chew and Fatale. Add in the growing number of Kickstarter-funded titles, and it feels like the writers and artists may finally be starting to call the shots. I think this can only be a good thing.

Under the cut, my favourite superhero, science fiction, fantasy and horror comics, as well as a shout-out to my favourite graphic novel of the year, my favourite reprint work and my favourite independent book. Please let me know your picks down in the comments. 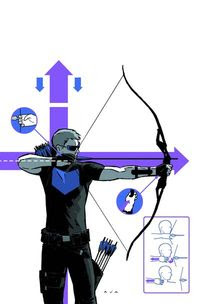 Best Superhero Comic: Hawkeye
If you had asked me six months ago what the best superhero comic was, I'd have been tossing up options like Batman, Batwoman and particularly Mark Waid's excellent run on Daredevil. At year's end, however, there's no alternative: Matt Fraction and David Aja (with one or two guest artists) have taken a second-string Marvel superhero and transformed his exploits into the number one must-read superhero book of the year. This is an outstanding book: if you're wait to read the trade paperback, you're waiting too damn long.

So many elements work in combination to ensure Hawkeye works: the book openly acknowledges that he's a relatively shit superhero; the book features a strong female co-star; the tone is perfectly pitched between action and comedy; Aja's art is perfectly pitched to the script, and absolutely nails characters' expressions; the panel count is through the roof, making each largely self-contained issue pack as much plot, humour and character as entire six-issue arcs of other superhero titles. 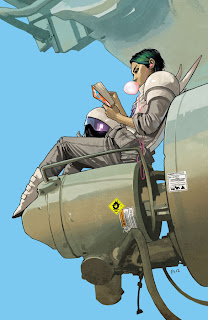 Best Science Fiction Comic: Saga
2012 has been a great year for science fiction comic books. I'm struggling to remember the last time so many awesome sci-fi comics got published in the USA. At the epicentre of this explosion of creativity lies Image Comics, and far and away their best SF title is Saga. It's their well-deserved runaway hit, written by Brian K. Vaughn with outstanding art by Fiona Staples.

What has made this book so exceptional is how it has managed to simultaneously juggle so many balls in the air without dropping any of them. The comic can do science fiction. It can bring in elements that are more like fantasy. It can be realistic, and then abstract and surreal. It can be warm and heartfelt, then funny, then frightening, then tragic and moving. Its characters feel real, complex and immensely likeable. We're eight issues in, and every issue feels like it's had the hell written and drawn out of it. So take note, Hugo voters: get it right this year. If Saga doesn't take home the Best Graphic Story award, then you probably don't know as much as you all think you do about science fiction comics. 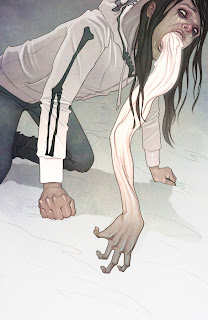 Best Horror Comic: Revival
And what a surprise that the best book in this genre is from Image as well. With Revival Tim Seeley and Mike Norton have created a wonderfully off-kilter, disturbing "rural noir". When the dead stop being dead in a small town in Wisconsin, it brings up a complex and creepy story of existential dread in a quarantined small town. No one can leave. No one knows what's going on. No one who dies stays that way for long.

Revival is still a comparatively recent book, with only the first trade paperback out so far, but it's developing into a wonderfully distinctive book. Comparisons to the darker aspects of Twin Peaks would not be entirely inappropriate. This is how horror comic books should be: not gore and extreme violence, but slow-burn tension and strong character arcs. I have no idea where Revival is going, but I'm looking forward to 2013 so that I can find out where. 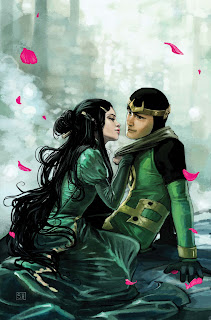 Best Fantasy Comic: Journey into Mystery
Kieron Gillen's Thor spin-off may technically be a superhero comic, but despite being an in-continuity Marvel Universe comic, it subtly slipped under the radar as an outstanding literate, multi-layered fantasy in the tradition of Neil Gaiman's The Sandman. Gillen's run on the book concluded this year, and brought to a close a wonderfully planned and plotted serial following the child reincarnation of the Norse trickster god Loki.

My favourite element of the series? The Manchester Gods, industrialised deities born in Victorian England and marching across the ethereal otherworld of Great Britain. Their leader? A knowing and obvious representation of Factory Records' Tony Wilson, in a move likely to fly over the heads of 99% of the primarily American readership. This book was clever, funny, heartfelt and - in the end - one that brought tears to the eyes of most readers, including this one.

Runners-up: The Lookouts, The Unwritten. 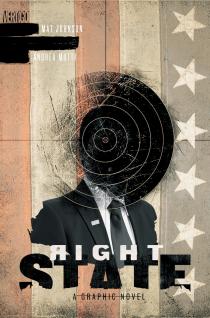 Best Graphic Novel: Right State
Mat Johnson is the author of a couple of great self-contained graphic novels, including Incognegro and Dark Rain, and Right State serves up another excellently scripted tale with a hard political and contemporary edge. In a racially charged near-future, an ex-Special Forces soldier turned talk show pundit is sent to infiltrate a white supremacist militia intent on assassinating the USA's second African-American President.

This is a beautifully presented black and white graphic novel, boasting excellent art by Andrea Mutti (DMZ) that's rich in tension and character. The genius of the book is now effectively it combines issues of racism, divisive US politics, Islamaphobia and other issues into a taught, race-against-time thriller. 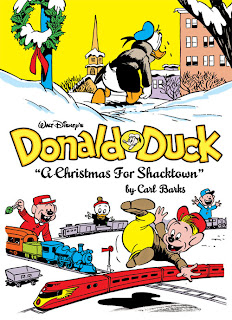 If I had to pick a single book out of the four, it would be their hardcover reprint of Bark's A Christmas for Shacktown. Beautifully restored artwork on thick paper and with a beautiful trade dress to match the other two recently published volumes of Barks' comics (Only a Poor Old Man and Lost in the Andes).

These timeless comics simply don't date, and are required all-ages reading for all. 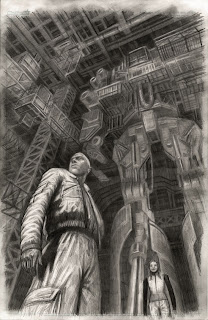 Independent of the Year: Teddy-1
Teddy-1 was a hardcover 128-page science fiction graphic novel. Its art was entirely rendered in pencils, and it contained no dialogue. Written and drawn by Joko Budiono, it was one of the most beautifully packaged and beautifully drawn graphic novels of the year. It didn't come out from a major publisher, and it didn't get solicited through Diamond Distribution - the comic book industry's monopolistic distributor.

Instead Budiono raised the funds for the book ($11,000) via crowd-funding on Kickstarter. I was one of his 283 backers, and received the hardcover book in the mail. It's a great science fiction book, like a weird cross between a mecha-oriented anime and a book by Shaun Tan. It came directly from its creator to his audience, and in a year that saw creators rights and creative control take centre stage at last I can think of no better book to celebrate and promote this year than this.
Posted by Grant at 11:33 PM