Star Trek: The Next Generation: Season 1 in Review 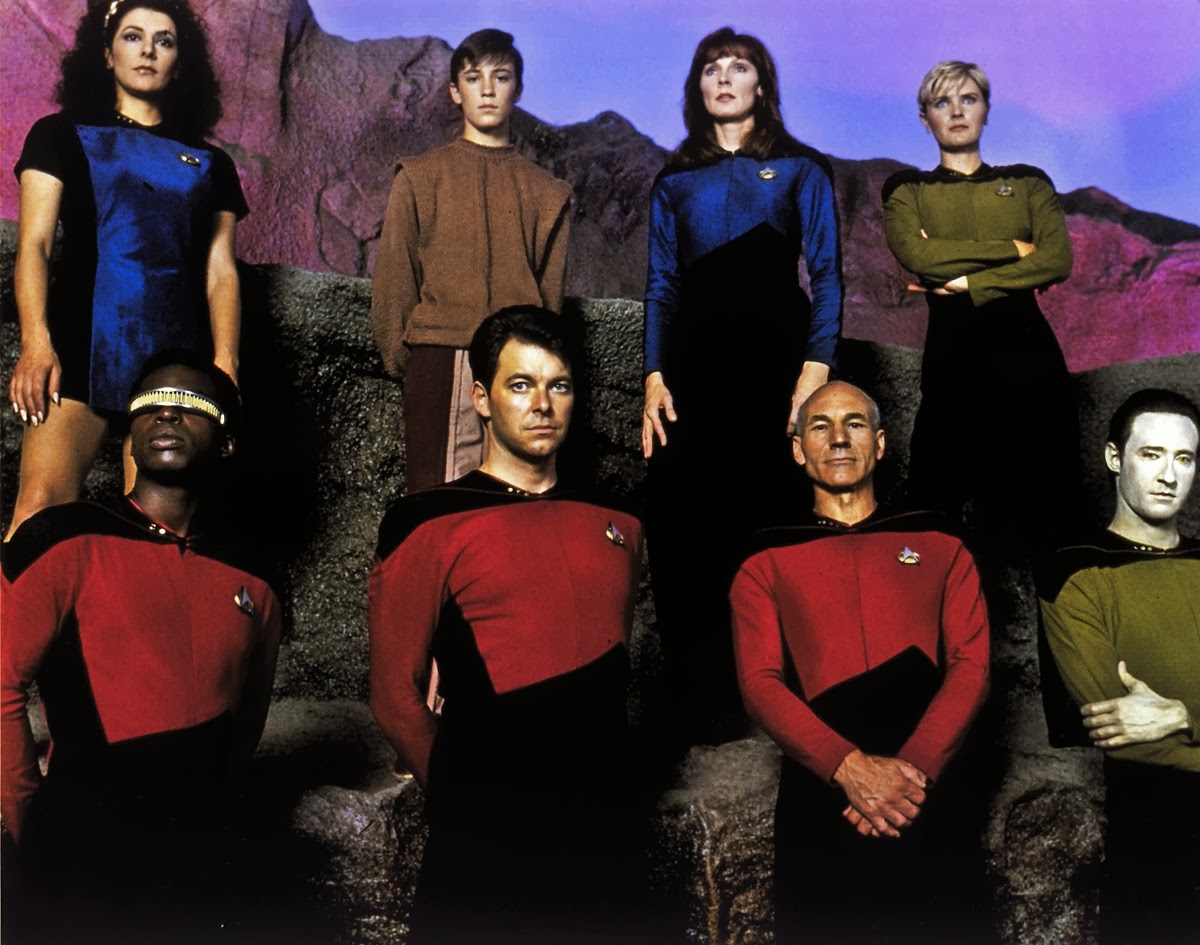 I can't think of a long-running, successful SF drama that had as shaky a first season as Star Trek: The Next Generation. The reason for this is that if pretty much any other series had a first season this bad it wouldn't have been commissioned for a second year. The fact that The Next Generation made it through intact is likely down to the gravity of the Star Trek brand: it may have been awful, but audiences watched it anyway.

Its creation was troubled, with Paramount having to go with Gene Roddenberry as their third choice for showrunner after both Harve Bennett and Leonard Nimoy declined. It may seem treacherous for a Star Trek fan to criticise Gene Roddenberry, but it has to be said that by the mid-1980s he was a fairly appalling writer and producer. He may have created the original Star Trek, but it was writers and producers like Dorothy Fontana and Gene Coon who gave the series its spirit, and actors like William Shatner, Leonard Nimoy and DeForest Kelley who made the characters so memorable. On The Next Generation Roddenberry had far more direct control and influence than he'd ever had before, and a lot of his choices were bizarre to say the least.

One of his biggest faults was his insistence that in the utopian future of the 24th century, humans will have solved all interpersonal conflict. Drama is conflict. By forcing an edict on the writers that the characters can't argue with each other, Roddenberry effectively robbed the series of drama before it began. You can see the series struggle with this episode after episode, and it's a problem that doesn't really resolve itself until the third season when Michael Piller takes over as head writer and Roddenberry's rules start getting aggressively stretched.

In Season 1, however, the rules are pretty solid. There's also a problem that, understandably, Roddenberry brings a lot of his old gang back with him. Fontana, David Gerrold and Bob Justman all return in one capacity or another, and the result is pretty much what you'd expect: Star Trek: The Next Generation feels like a bad copy of Star Trek. Many of the scripts could be readily adapted to the original series crew without difficulty, and the series struggles to find its own identity as a result. By the end of the season it begins to peek through: one of the biggest examples is Lt Worf. He was introduced to the series at the last minute, almost as an effective set dressing. (Check out the original cast publicity photo above - he isn't even there.) By the end of the season he was one of the most popular characters, and ultimately becomes the longest-running character in Star Trek history, appearing in 282 episodes and four feature films.

The writers strike couldn't have helped. It hit in March 1988 and ran for a record-breaking 155 days. This crippled the development of later episodes in Season 1, and as we'll see caused significant problems for Season 2 as well.

So, despite all the faults and awful bits, are there any episodes of Season 1 genuinely worth watching? I'm actually going to say yes. The season's best episodes are:
Here's the point where I'd usually cite up to five really bad episodes, but indicative of the season as a whole you're getting six: Season 1's worst episodes are:
After a little break I'm going to return to start watching and reviewing Season 2. I remember it being quite an improvement, but we'll shortly see how accurate that memory is.
Posted by Grant at 8:56 AM