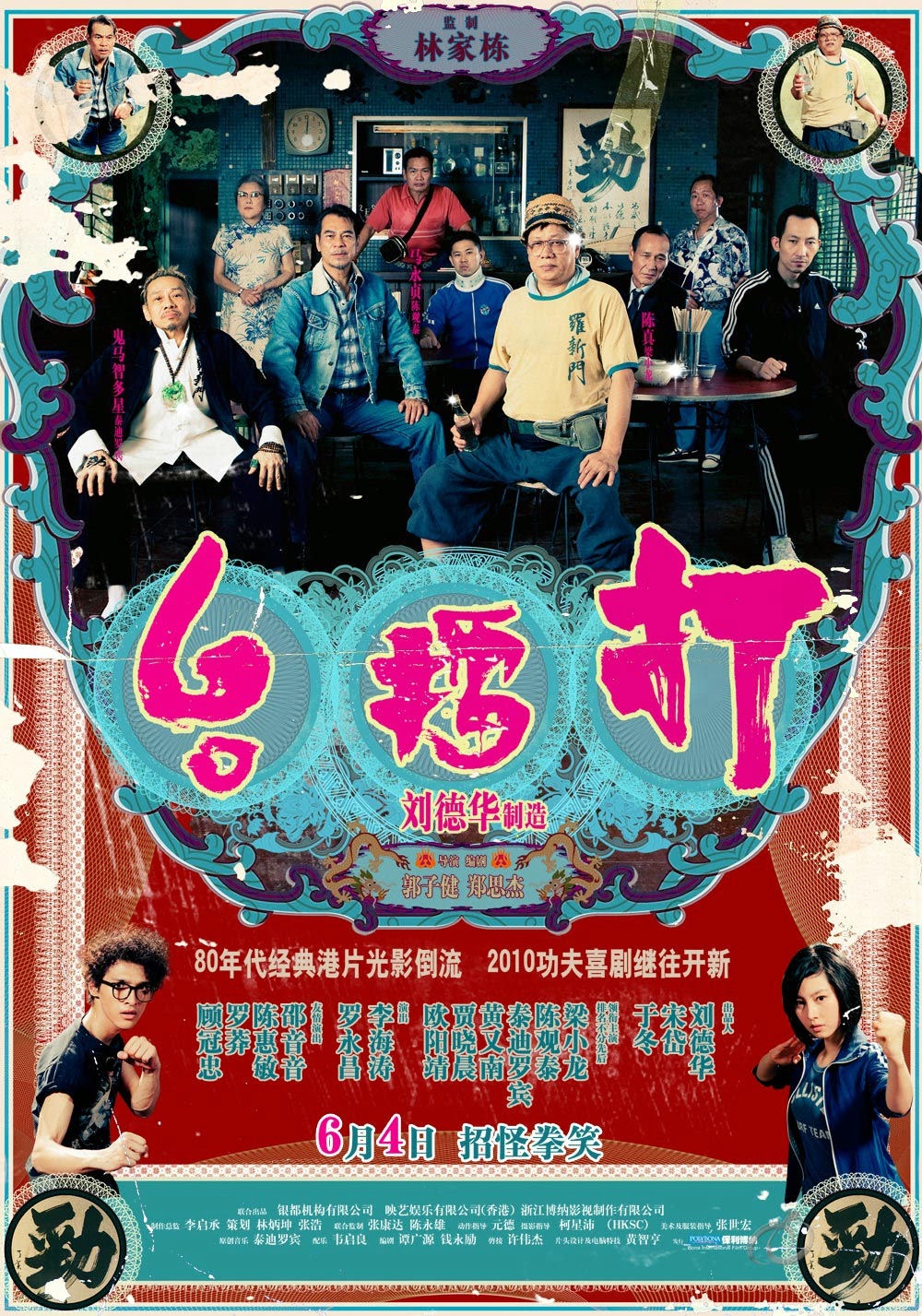 In many respects Gallants was the quiet achiever of Hong Kong cinema in 2010. It lacked the star power of Donnie Yen, Jackie Chan, Cecilia Cheung or what-have-you. It lacked the budget of many of its competitors. Certainly outside of Hong Kong it hasn’t made much of a ripple at all. Yet despite its low budget and profile it sneaked up behind many other films to become one of the year’s most widely acclaimed and awarded films.

Its accolades are well deserved. Gallants is a heartfelt and laugh-out-loud kung fu comedy that is rich in character and overflowing with nostalgia for 1970s Hong Kong cinema. It quite simply doesn’t put a foot wrong.

I suspect how much you enjoy it will depend on how much you love old-fashioned kung fu films. Gallants isn’t like those films at all really, but rather acts as a contemporary riff on an old genre. Knowing the conventions and the aesthetic will make a huge difference to the viewing experience. Wong Yue-nam plays Cheung, a weedy office worker in a real estate agency. When sent out to a small backwater village in outer Hong Kong, Cheung is set upon by local thugs. He is rescued by Tiger (Bruce Leung), a chubby middle-aged man who turns out to have masterful kung fu skills. When Cheung follows Tiger back to a decrepit old kung fu academy turned tea house, he also meets Dragon (Chen Kuan-tai) and Kwai (Jia Xio Chen), as well as the academy old’s master, Law (Teddy Robin), who has been lying in a coma in the back room since 1980.

Gallants is a visible labour of love. The cast is mostly populated by ageing megastars of old Hong Kong cinema. Chen Kuan-tai was one of the Shaw Brothers leading actors. Bruce Leung was a celebrated Bruce Lee imitator and martial arts actor (he co-starred in Kung Fu Hustle). Lo Meng was one of the stars of Five Deadly Venoms. The list of old Hong Kong movie stars stretches throughout the film, each actor’s entrance accompanied by a dramatic beat and a flourished title card. “Susan Shaw plays Dr Fun”. “Chan Wai-man plays Master Poon”, and so on.

The film kicks into high gear when, during an invasion of the tea house, Master Law unexpectedly wakes up from his 30 year slumber. Teddy Robin gives one of the funniest movie performances of 2010. He is a small, wiry osteoporotic figure, combining the harshness of the strictest of martial arts instructors with the ‘party time’ mentality of Neil Patrick Harris in a Harold and Kumar movie. He’s the highlight of the film – a sort of attention-deficit lothario version of Yoda on drugs.

Gallants is energetic, original, funny and warm. Directors Derek Kwok and Clement Cheng struggled to bring this story to screen after being rejected by every studio and production house in Hong Kong. In the end it was actor Andy Lau who personally bank-rolled the project, and we should be thankful to him. Gallants is one of the best Asian films of its year.

This review was originally published on the Eiga: Asia Cinema website.
Posted by Grant at 12:14 AM