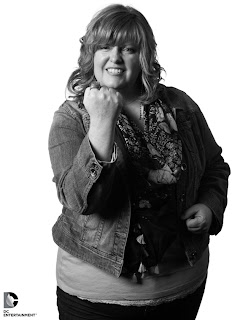 This blog has been very light on posts in recent weeks, primarily because I've spent about a week each in Perth and Singapore. Now is the time for the gradual catch-up, including all of the comic books I haven't been reading. First up is books published in the last week of March.

In Perth I attended the science fiction convention Swancon, which featured DC writer Gail Simone as one of the guests of honour. It was great to meet Gail and to see her speak: she's one of the most engaging comic book writers I've ever seen, and any conventions looking for an awesome guest should absolutely send her an invite.

I felt very lucky to moderate a panel discussion on DC and Marvel relaunches with Gail, artist Emily Smith and anime journalist Jon Hayward. It was the first time I'd heard the absence of characters like Stephanie Brown explained in a fashion that makes sense. (If they relaunch Steph and she fails, that's it for the character for the next decade - better to take time and use her for the best story possible than simply bring her back because we want to see her again.)

Under the cut: late reviews of Age of Ultron, Aquaman, Batman Incorporated, The Flash, Journey into Mystery, The Massive, Planetoid, X-Men Legacy and Young Avengers.

I'm enjoying this Marvel "event" a lot more than I have enjoyed other previous books of this nature, such as Secret Invasion, Siege or (shudder) Civil War. It's also entertaining me in a way that other apocalyptic alternate future stories have not - by being its own separate miniseries, rather than part of a monthly title, it avoids the "does this really matter?" question that plagued books like Animal Man. Hitch and Neary's art is stunning as well, although given Hitch's reputation that's a given. Everything builds up to a great cliffhanger too. (4/5)

In the quarantined section of Gotham City, Hex and Arkham continue their hunt for Catherine Wayne and her captor, Vandal Savage. This book is firing on all cylinders at the moment, simultaneously telling great urban western stories and dropping in tantalising elements of DC Universe history. This is a great climactic issue, seemingly not just for the current storyline but for the book in general. This is one of the hidden gems of the New 52, thoroughly deserving more readers than it's getting at the moment. (5/5)

In the aftermath of the "Throne of Atlantis" crossover, Aquaman finds himself king of a people who don't necessarily want him there - and he doesn't seem too sure he should be there himself. I am really liking how Johns is slowly building a large back story of characters and events for Aquaman, much in the same way he did for Green Lantern; it's giving this book a strong focus it hasn't really had since the days of Peter David. Pelletier and Parsons' art is excellent as always. (4/5)

This issue is all fallout, not only from the death of Damian Wayne but also the death of British superhero Knight - a touch that I appreciated immensely, since in his brief time on the page (via both Morrison and Paul Cornell) I've been quite fond of him. It's also a nice build-up to the climax of Morrison's multi-year epic: it's clear things are going to get much worse before they can get better. The only real problem I have is that, due to the problem of Batman starring in multiple books per month, the emotional impact of this issue has been lessened a bit by coming after Batman and Robin #18. (4/5)

Francis Manapul takes an issue off this month, which doesn't surprise me: he's been knocking it out of the park with such stunning regularity that he should absolutely be allowed a break and time to catch up on his schedule. Like All-Star Western and Aquaman, this issue really brings home how The Flash has successfully developed a nice set of supporting characters around Barry Allen and how there's a real long-term story being told here. It makes me wonder if 19 issues (including zero month) is the magical number required for a superhero comic to finally feel like a long-term prospect. Here Barry comes to the rescue of the Trickster when the costumed thief gets arrested for murder. (4/5)

The Lady Sif's adventures with the berserker gods reaches its climax in Asgardia and on the streets of nearby Broxton, Ohio. I was quite sad when Kieron Gillen's sterling run on this title concluded, but Immonen has picked up the reins with a different protagonist and a wonderfully entertaining style. Valerio Schiti's art is just gorgeous: he's drawing Sif as a powerful warrior goddess, and not simply as male-orientated eye candy. I appreciate that. Bonus points for the Heimdall scenes. I love that guy. (4/5)

As the Kapital continues to search for the Massive, some of the crew begin to have doubts - and yet more decide they want to return to their home countries to defend their homelands. I've been enjoying this book without really being completely sold on it, and after 10 months I think I've finally hit on my problem: it's humourless. I'm all for grim and gritty science fiction, but there's no levity here to balance out the post-apocalyptic drama. The characters lack wit, and the book as a whole lacks charm. I'm still enjoying it, but to be completely honest only moderately so. This issue features art by Gary Erskine, whose work I've always admired, so that's a nice addition. (3/5)

I've really enjoyed Ken Garing's science fiction miniseries, although this final issue came so late I did initially struggle to remember what the hell had been going on. As the colonist unite to battle the corporate invaders, Silas must decide whether to side with them or escape for his own benefit. This is a very Hollywood-style climax, short on surprises but still very satisfying. While this book hasn't ultimately reached the heights of some of Image's other recent sci-fi books, I've really enjoyed the ride. (3/5)

David takes Ruth on a psychic date while monitoring a fresh young mutant: a teenage boy with the ability to receive credit for other people's achievements. It is a bat-shit crazy mutant superpower, simultaneously ridiculous and brilliant, and Spurrier uses it with lot of thought and intelligence. The continuing war inside David's mind continues, with what looks like some kind of surviving psychic influence of his father - Charles Xavier - helping him along. I love this book: it has a very DC Vertigo vibe for a Marvel X-book, echoing stuff like Shade the Changing Man or Doom Patrol while still feeling very well grounded in the Marvel Universe. (5/5)

I'm not saying the rest of the cast aren't great - they're brilliant - but for me I suspect this book is always going to be about Kid Loki. He's simply the funniest character Marvel has at the moment: untrustworthy yet loyal, dangerous yet helpful, contradictory yet absolutely predictable. For the third issue in a row it's Loki who gets all the best lines, as a miscast spell leads to a strange demonic force appearing in the guise of the various young Avengers' parents. This is a fabulous team book, rich in character with crisp artwork by McKelvie and Norton and top-notch dialogue. (5/5)