Star Trek: The Next Generation: "The Schizoid Man" 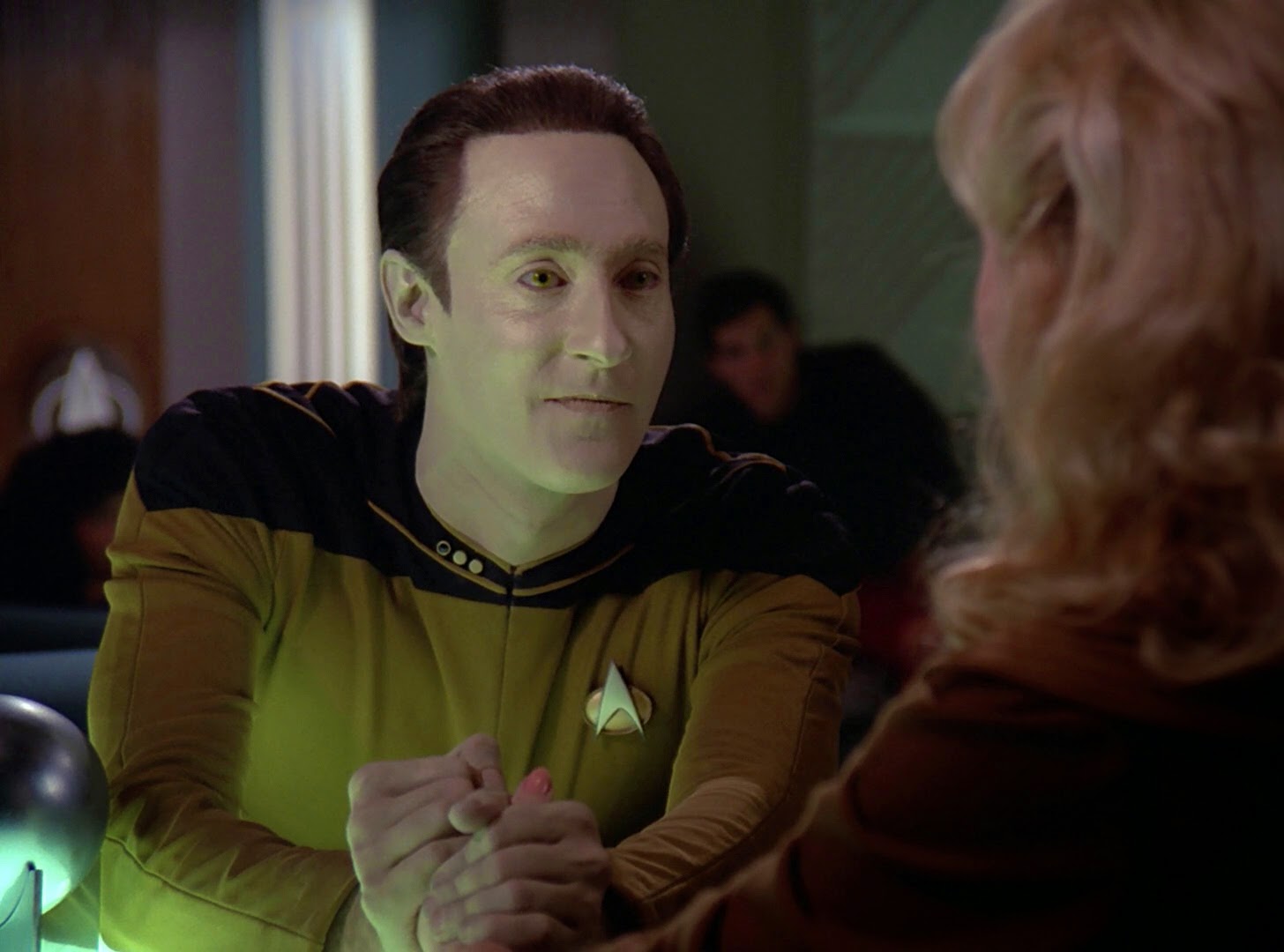 The Enterprise rushes to the aid of the eccentric genius Dr Ira Graves, who lives in isolation on a remote planet. Despite Dr Pulaski's best efforts, Dr Graves dies - and Commander Data appears to have taken on the late scientist's personality.

"The Schizoid Man" continues Season 2's disproportionate fascination with Data. The series may have another seven lead characters around which to base its stories, but for now there's a clear interest in Data's artificial intelligence and robotic nature. This is only the sixth episode of the season, but it's already the third episode to be based either in whole or part around him. Not that this is necessarily a bad thing, since "The Schizoid Man" is that most welcome kind of Next Generation episode: a good one.

The episode rapidly makes it clear that in his dying moments Dr Graves copied his intelligence into Data's memory banks, creating a total personality shift in the android's behaviour. On the one hand it gives Brent Spiner the opportunity to stretch his acting talents, since he effectively plays two people. On the other it's an excuse for a slightly disturbed sexual thriller, as the reinvigorated Graves - inside Data's body - begins to obsessively pursue his assistant Kareen. This is the sort of episode where the series excels: it tells a straight-forward story, but it tells it using some intriguing science fiction concepts. Some of the later scenes actually get rather disturbing, as an obsessed Data/Graves grabs Kareen's hand and holds it so tightly he breaks the bones.


W. Morgan Sheppard (Max Headroom) makes an important and strong impact in the early scenes as the real Dr Graves. He needs to be as distinctive as he is, because we need to recognise his personality within Data as the episode goes on. Also in the guest cast is Suzie Plakson as the Dr Selar, a Vulcan medical officer among the Enterprise's crew. While Selar does not return, Plakson does in just a few episode's as Klingon negotiator (and Worf's love interest) K'Ehleyr.

This is a solid, entertaining episode based around some clever ideas, and gets my firm tick of approval. Sadly that does still leave the season with a running score of 33%, but at least that's an improvement over the score last episode.
Posted by Grant at 8:40 AM