Star Trek: The Next Generation: "The Outrageous Okona" 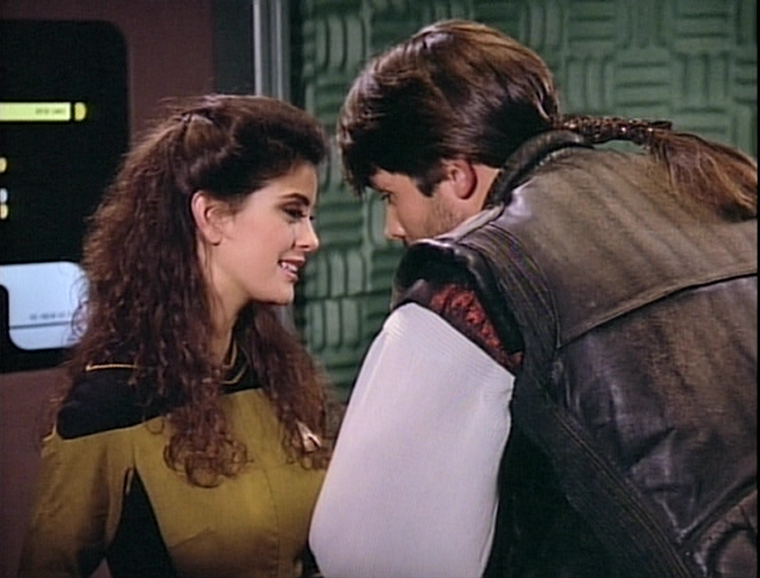 The Enteprise intercepts a damaged cargo ship, whose pilot Okona accepts Picard's offer of assistance. While Okona's ship is under repair, the Enterprise is ambushed by two starships - each hailing from a different rival planet, and each demanding Okona's return to face prosecution for his crimes. Meanwhile, Data uses the holodeck to practice his comedic skills.

That second storyline leaps off the screen as a bad idea. You don't need to see the episode, and you don't even need to hear how they attempted it. It's simply a recipe for a comedy disaster. Joe Piscopo guest stars as a holographic comedian. You know Piscopo - he's the Saturday Night Live star whose career died when he left the show. Despite some supporting work by Whoopi Goldberg, who is immensely good at comedy, this whole section falls flat on its face.

This leaves the other guest star, future Rocketeer Billy Campbell, to try and salvage the episode as the sly, womanising space pirate Okona. His whole schtick doesn't work. Campbell tries his best, and in his defence it's really not his fault: the episode is laded so heavily with bad cliches and stereotypes that no actor could make this stuff fly. It's like watching a Red Dwarf episode with Ace Rimmer that isn't funny (so, basically, any episode of Red Dwarf with Ace Rimmer in it).

So with four episodes in the can, we're dropping down to a quality ratio of 25%. I keep promising myself: the series gets better. I am enjoying re-watching these episodes, but I do remember it getting better. This series does get better, doesn't it?