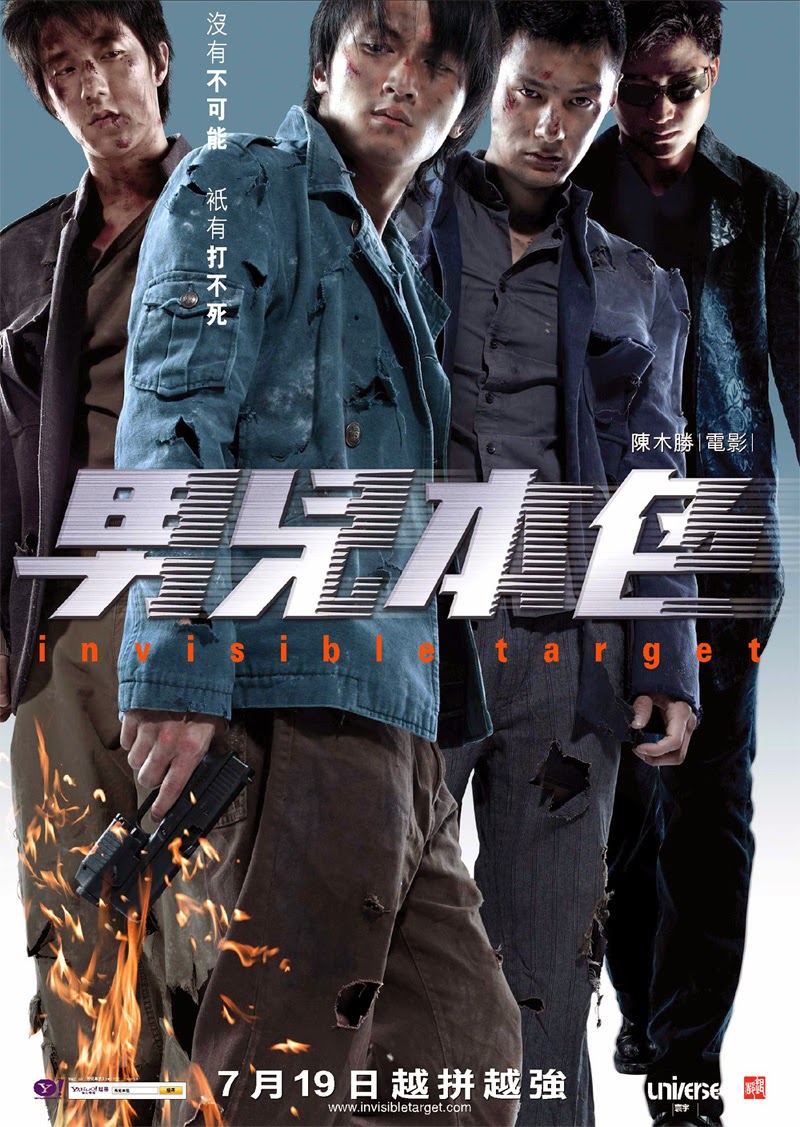 Invisible Target is a high-octane, passionate action flick from Hong Kong that despite its visible pace and enthusiasm feels about 10 years out of date. Released in 1990s and this would have been a gripping stunt-filled thrill ride. Unfortunately for Invisible Target I think Hong Kong cinema has partially moved on. A new wave of directors including Andrew Lau and particularly Johnnie To has led audiences to expect something a little more. As it stands the film fails to offer Hong Kong movie viewers anything they haven’t seen before, leaving it a competent but fairly missable film experience.

The film comes from writer/director Benny Chan, who boasts a long pedigree in Hong Kong action cinema. I have always had a lot of affection for Gen-X Cops, which he directed in 1999. He has also directed several Jackie Chan films – Who Am I?, New Police Story and Rob-B-Hood. If anything Invisible Target feels like another instalment of Chan’s famed Police Story franchise, albeit one missing its most crucial ingredient. It feels as if the film is seeking a replacement, either Chan’s own son Jaycee Chan or New Police Story alumni Nicholas Tse, but the vacancy never quite seems to vanish. Like a Jackie Chan film the actors do their own stunts, which is always fairly impressive to watch.

Even if the film’s narrative fails to grab your attention, it’s always enjoyable to see what a fit, skilled and extremely foolhardy human being can do. The cast is good, and to be honest they go a long way in overcoming the film’s unimaginative style and plot. Shawn Yue has previously appeared in the Infernal Affairs franchise, Dragon Tiger Gate and Initial D. Nicholas Tse is one of Hong Kong’s most popular stars, having appeared in the aforementioned New Police Story, as well as Young & Dangerous: The Prequel, Gen-X Cops, A Man Called Hero, Time and Tide and The Storm Warriors. Like many Hong Kong movie stars Yue and Tse are also accomplished pop musicians. Here they seem to be having a contest in who can be the moodiest and coolest star in the film.

Jaycee Chan makes a much more entertaining impact here than he did in The Twins Effect 2, his 2004 debut. He has an earnest quality in both his performance and his character that contrasts nicely with his moody, ‘too cool’ co-stars. If you’re after a retro-styled trip to the heady days of 1980s and 1990s Hong Kong action, with outlandish action, slow-motion replays of dramatic stunts and wafer-thin characterisation, Invisible Target may just be the nostalgia trip for you. If you, like the best of Hong Kong’s cinema, have moved on to fresher and more interesting pastures, this film is likely to disappoint.

This review was originally published at the Eiga: Asian Cinema website.
Posted by Grant at 9:06 AM