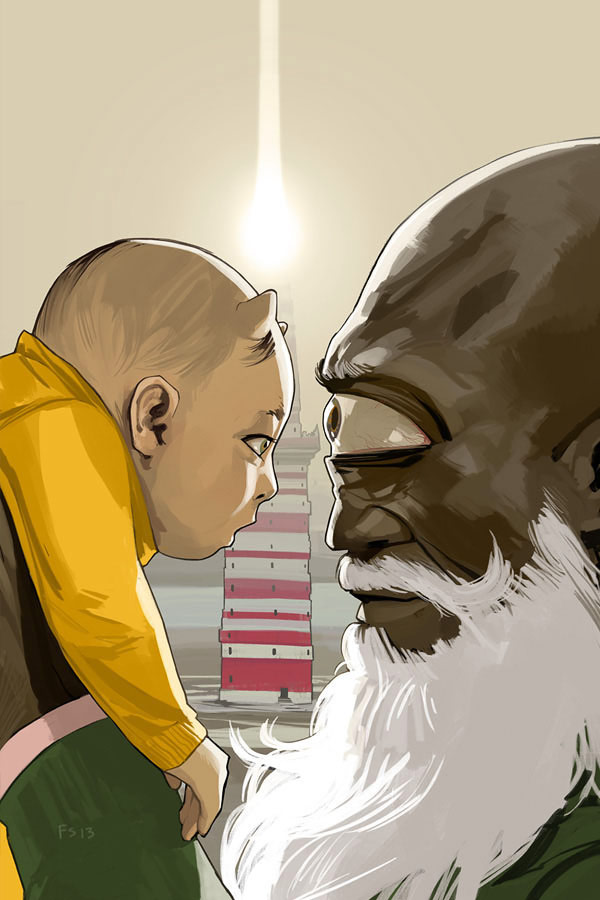 This is the fourth and final Hugo category I wanted to talk about, and it's the one I want to talk about the most. Hugo Awards, we need to have a talk. I think you know what it's going to be about, because we've had this exact conversation before. First, let's just quickly recap the five nominees for Best Graphic Story.

The Best Graphic Novel intervention takes place under the cut.

I've been arguing for some years that the Best Graphic Novel category probably needs retiring from the Hugo Awards. I applauded its introduction, as it suggested that prose readers were finally embracing the graphic novel medium. Unfortunately Hugo nominators have repeatedly proven themselves to be remarkably poorly read when it comes to comic books and graphic novels, something that's evident at almost every year's shortlist. Last year gave me hope: aside from the repeatedly bloc-nominated Schlock Mercenary there was Saucer Country, Locke and Key, Grandville Bete Noir and the well-deserved winner Saga.

This year Saga is a shoe-in to win the category, because its competition is yet another volume of Girl Genius (never warmed to it), a single issue of a Doctor Who tie-in comic book, a single instalment of a webcomic and an ultra-indie one-shot based on a George R. R. Marin short story.

Let's have a quick look at what these nominees managed to beat:
There are probably a lot of other graphic novels that I didn't read last year that deserve a look-in. For one thing, there must have been one or two decent manga published. The thing is, they don't get a look-in because Hugo nominators simply aren't very well read.

And this is the thing: if the nominating base aren't properly invested in the medium, then any award they nominate isn't going to represent the best that the medium has to offer. Hugo nominators know prose SF very well. This isn't the case with graphic stories. There's no shame in not being well read in all mediums, either. There's no problem with quietly retiring this category. After all, there's no category for best SF videogame.

This isn't intended as a slight against those writers and artists who did get nominated this year. I just really, really don't think the shortlist is representative of the medium at its best - and that's what awards are supposed to be about.
Posted by Grant at 10:23 PM