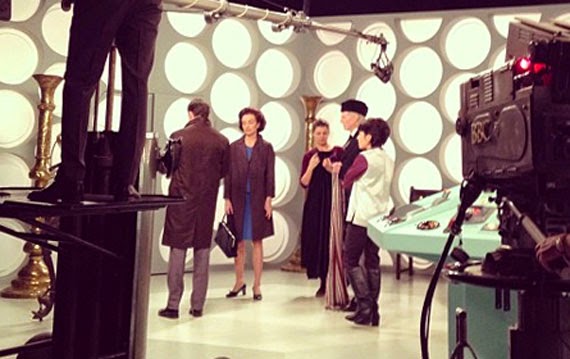 This Hugo category is often a ridiculous one, because a particularly popular series might dominate the nominees and fans often get together and nominate some really ridiculous choices. Previous nominees in this category have included a joke song about having sex with Ray Bradbury and an MTV awards acceptance speech. With a pedigree like that it's a little hard to take this category seriously.

This year's nominees continue this trend, in that two of the five works listed aren't even science fiction. Of the two, An Adventure in Space and Time is probably the most worthy, however as with Gravity in the long-form category I find it hard to support a docudrama winning an award for science fiction. The same goes for Peter Davison's The Five(ish) Doctors, which is a video spoof made to coincide with Doctor Who's 50th anniversary. That leaves two episodes of Doctor Who, and one each of Game of Thrones and Orphan Black.

Let's quickly eliminate "The Night of the Doctor" from the list, because it wasn't a very good episode of Doctor Who and was easily outclassed by other episodes in its season. "The Day of the Doctor" brings a huge amount of weight behind it, as it's the cinema-screened 50th anniversary episode of the series and was enormously popular when broadcast in November. I suspect it will win quite comfortably.

Game of Thrones' "The Rains of Castamere" is the next-most likely winner to my mind. The series is going from strength to strength, and this was the Season 3 episode people were discussing the most. It is, however, relentlessly bleak and depressing, which may hurt it when going against the populist entertainment of "The Day of the Doctor".
I'm really happy with the inclusion of Orphan Black, about which I've heard nothing but good things. The problem with popular programmes like Doctor Who dominating the field is that less well distributed series don't get a look in, and it was a pleasant surprise to see Orphan Black get a nod.

Part of me would have loved to have seen the pleasantly wacky Yonderland score one of the slots - possibly replacing The Five(ish) Doctors - but I accept it's criminally underseen and obscure.
Posted by Grant at 12:12 PM