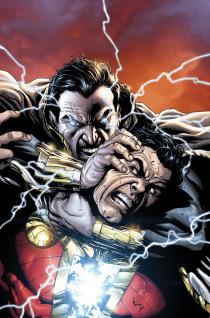 Let's have a look at how DC Comics' New 52 are going at the moment; more specifically, let's check out the June 2013 sales estimates to find out what's selling, what's failing and what maybe needs a bit of a shake-up to get readers interested again.

Just to clarify: these are the sales estimates for physical comic books shipped to comic shops via Diamond Distribution in the USA, Australia and other markets, and does not represent actual issues sold to customers. It also doesn't include digital comics sold via Comixology. All estimates have been sourced from John Jackson Miller's excellent Comichron.

To make things easier to break down, DC divided the New 52 into a series of ranges, so we can look at them in turn, starting with their Justice League books.

Justice League
It seems churlish to criticize Justice League for slipping in the sales when it's still DC's fourth-highest selling book of the month and shipped 94,054 copies. That said, if you compare Justice League #21 (shipping in June 2013) to Justice League #10 (shipping in June 2012) the book's sales are declining: down 26% from 127,090 copies shipped. May and June 2013 are the only two months where the book has shipped less than 100,000 copies and sales have fallen consistently since January this year. The question now is when the book will settle down and at what level, and also how much of a bump it will receive from July and August's Trinity War crossover event. 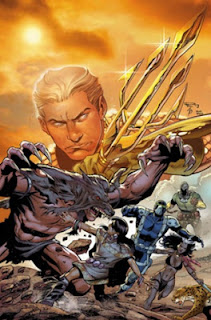 Justice League of America is falling pretty heavily month-on-month. It's hard to gauge exactly how badly its going because its first issue sales were so ridiculously inflated (52 alternate covers, if you recall, and a resulting 326,959 copies shipped to stores). Issue #5 shipped 71,793 copies - by comparison, issue #5 of Justice League shipped 148,117 copies. Then again, issue #5 of Justice League International shipped 37,032 copies. It's too early to fully judge how this book is going, but my gut says it's not going as well as a book like this should be.

Aquaman is a pretty good demonstration of why it's important for a comic book to ship regularly with a consistent team: a one-month delay followed by a fill-in issue by John Ostrander in the middle of a story arc has seen this book drop below 50,000 copies for the first time since its launch. Aquaman #21 shipped 46,832 copies, down 21% from June 2012 - but that doesn't include the bump in December 2012 caused by a Justice League crossover. That event saw Aquaman ship 75,947 copies of #15; it's declined by 38% since then, so any new readers from the crossover clearly didn't care for what they saw.

For a while it seemed as if The Flash was going to settle down at the 42,000 mark or thereabouts, but as with Justice League the last two months have seen it slip further down in terms of sales. 38,848 copies of The Flash #21 shipped in June, which was the lowest number since its launch. Compared to June 2012 the book is down by 30%.

It's fair to say that by the end of 2012 Green Arrow was tanking in terms of sales. That situation appears to have been averted, either by the replacement creative team (including writer Jeff Lemire) or a boost from the TV adaptation Arrow. That said, the book is still not exactly healthy: 26,924 copies shipped in June 2013; up 4% over June 2012 and 35% over January 2013 (the last issue of the old creative team) but still well below its launch in September 2011 (66,191). If Lemire and co can stabilise the numbers at around 25,000 copies the book will be a viable one. If sales keep slipping, we could be looking at cancellation around December or January. 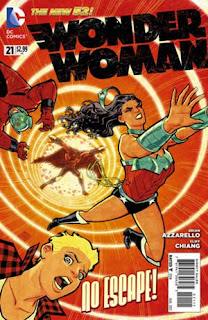 Wonder Woman posted its lowest numbers since its launch: 35,999. That's down 24% from June 2012. The introduction of more of Jack Kirby's New Gods mythology may attract interest and boost sales in July, but to be honest I think this book's biggest problem is reader fatigue: it's been running the same ongoing storyline since issue #1 and we all might be getting a little tired of it. This book launched with 95,902 copies, which suggests there's a lot of demand for Wonder Woman that isn't being met right now.

Earth 2 is slowly slipping down through the 40,000s: 42,916 copies shipped this month, which is down enormously from June 2012 (44%) but the book is still fairly new (13 issues) so that's to be expected. There's a creative team change coming which may boost the numbers back up a bit.

Worlds' Finest appears to be headed inexorably towards cancellation. Issue #13 shipped 25,815 copies, which is a new low. At its current rate I'd suggest this book will get cancelled once it slips below 15,000 copies - which should be in March 2014.

Finally we have Justice League of America's Vibe and Katana, both of which are doing very poorly. In the case of Vibe sales have declined 49% over its first five issues to just 13,706 copies. Katana is doing even worse: down 52% to just 12,998. The biggest surprise for both of these books is that the October 2013 solicitations don't announce their cancellation. In both cases it's surely a matter of time; they were dead on arrival. If either book survives 2013 I will eat my hat.