Hercules: The Legendary Journeys: "Hercules in the Maze of the Minotaur" 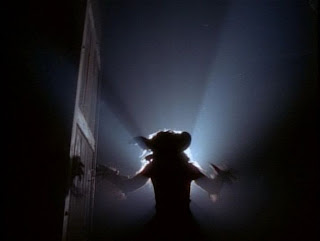 It seemed easy. Watch some old SF television, and write a review of each episode. A paragraph of introduction, throw in a synopsis, maybe another two or three paragraphs of observations, and voila! Instant blog fodder. I started with a long-intended rewatch of Babylon 5, then incorporated Star Trek: Deep Space Nine, then Enterprise, and then I opened the floodgates and started reviewing all manner of shows - including Hercules: The Legendary Journeys, starting with the five TV movies produced in 1994. In this post I am supposed to write about the fifth and final TV movie, "Hercules in the Maze of the Minotaur".

It's a clip show.

A clip show is a cost-saving measure developed by US television networks tasked with producing large numbers of episodes each year. Perhaps you're running out of money, or more likely you're simply running out of time - a clip show can be quickly put together with a character reminiscing over past adventures, and the episode jumping back to re-play key and popular scenes. Many shows have done it. Friends did it regularly, Stargate SG-1 did it, so did Avatar: The Last Airbender, Seinfeld, Cheers and even Star Trek: The Next Generation (Season 2's "Shades of Gray"). Until "Hercules and the Maze of the Minotaur", however, I had never ever ever seen a television series throw in a clip show at the fifth episode.

You have to wonder what happened. Did they spend too much on the first four films? Did they get contracted to produce four, and then when they were successful Universal simply cobbled together a fifth? Did something go appallingly wrong in production, leading to the bulk of the minotaur story being left on the cutting room floor, and the flashbacks pushed in to cover the lack of running time? (This last possibility is actually the one I suspect to be the case.)


I have no idea what the reason is. All I do know is that this is a pointless TV movie, and a relatively unwatchable one. It's easy to skip, because you've seen everything in it before.

The Hercules TV movies were a big ratings winner for Universal, so it's not surprising that the following year they ordered a weekly TV series to follow them. Thankfully the series was a lot less uneven and frustrating as the original films were. With five films watched, it turns out only three of them were worth watching. That gives them an overall watchability rating of 60%: better than Babylon 5 Season 1, but not quite a watchable as Enterprise Season 1.
Posted by Grant at 5:50 PM