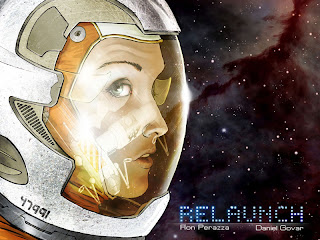 Comixology have finally launched an open submission process, allowing aspiring comic book creators to submit their works for inclusion on the Internet's most popular comic book app. This has the potential to be a game-changer for comic books: previously getting readers to find your independent comic has been a gargantuan task, whereas now readers can simply search for your book alongside more popular titles by DC, Marvel and Image.

To support independent digital comics, I've decided I'm going to review some independent books. I'd like to say I'll do it every week alongside the regular Pull List column, but I'm not going to make that promise. I will try to check some out fairly regularly though. All books reviewed on Pull List Online will be available for sale on Comixology, and will not be available from any of the major comic book publishers. 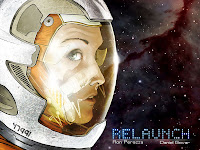 After purchasing this comic for 99c on Comixology, I discovered it's actually available online for free - although it's so good I thoroughly encourage you to throw a dollar in its creators' direction anyway. This is an extremely short and to-the-point science fiction book, but it's tailored to the digital medium: deliberately repeated panels give the comic a structure that's actually closer to animation than it is to the traditional comic book. Titles like this are what's going to really drive digital comics in the next decade: put simply, you can't do this comic the same way on paper. It's one of the best digital comics I've seen because that's all it can be. (5/5)

A three-issue print comic that's finally getting better exposure via Comixology. In 1939, off the coast of Spain, a strange skull-topped robot is lifted from the bottom of the ocean. Its arrival attracts the attention of a giant sea monster, which leads to a fight. This first issue is an enjoyable one, visibly drawing on Mike Mignola for its aesthetic and telling a brisk, witty action scene with a brilliantly designed lead character. It's not startlingly original, but it is very enjoyable. (3/5)

This black and white one-shot by Becky Cloonan is a stark, wonderfully effective story of a lone Dark Ages swordsman hunting down a wolf. Cloonan is a remarkable artist, capable of outstanding emotion and nuance using a very limited aesthetic. The black and white imagery enhances her style wonderfully. She writes a good story as well, cleverly pulling back from giving the reader too much context or explanation and thus leaving the text open to interpretation. This was originally self-published by Cloonan as a physical comic book, but it's great that it's getting exposure through digital distribution. (4/5)