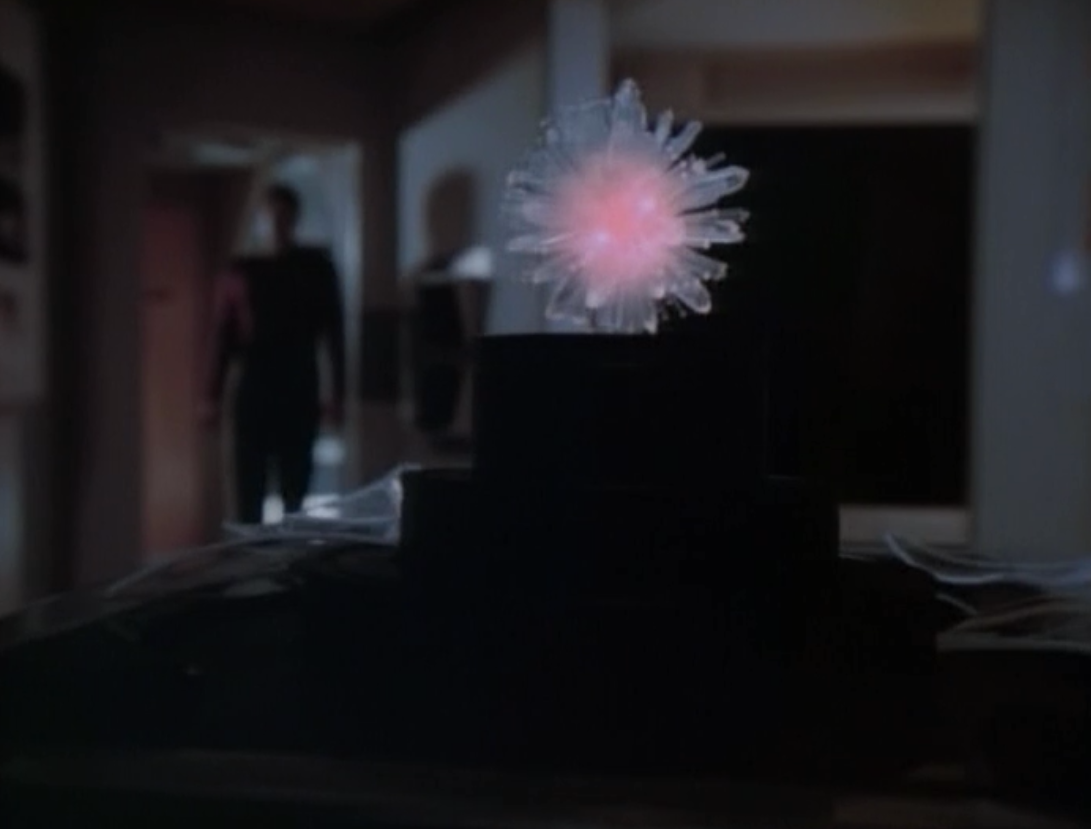 This is the second of two first season Next Generation episodes that I never saw as a child. Like "Too Short a Season" it does feel like a weird interloper: an episode that, no matter how many times I watch it now, simply doesn't feel like it's supposed to be there. In the case of "Too Short a Season", it hardly seemed worth the decade or so it took me to finally see it. In the case of "Home Soil", it was a wonderful little discovery: I think this might be my favourite Next Generation episode so far.

The Enterprise arrives at the terraforming colony of Velara III. The project head seems remarkably hesitant to allow the Enteprise crew to inspect the facility, and they've barely been on the planet five minutes when one of the technicians is brutally murdered. The subsequent murder investigation uncovers a disturbing truth about Velara III that no one was expecting.

This is the sort of episode that The Next Generation should have been doing all along. "Home Soil" hooks you in with a simple 'whodunnit' murder mystery, but then rapidly takes a right turn into a science fiction story of first contact before ultimately becoming a morality play about protecting the environment.

I've always liked science fiction stories about terraforming - the act of deliberately engineering a planet's atmosphere to make it habitable for human beings. One of the best story arcs in Star Trek history, the trilogy that begins with The Wrath of Khan and ends with The Voyage Home, has at its centre a terraforming project. Now "Home Soil" is nowhere close to the quality of those films, but it really stands out among the other episodes of Season 1. It's competently made, interesting and the characters all act in sensible and intelligent ways.

The episode's aliens, which are essentially silicon-based intelligent super-conductors, never get named, but they're one of my favourite Star Trek aliens ever. Their description of humans as 'ugly giant bags of mostly water' remains of the best lines from Trek to quote at people. It's also one of only two episodes of science fiction television where 'the sand did it' is the resolution to a mystery story (the other being them rather obviously titled Blake's 7 episode "Sand").