Guardians of the Galaxy is going to be huge. Here's why. 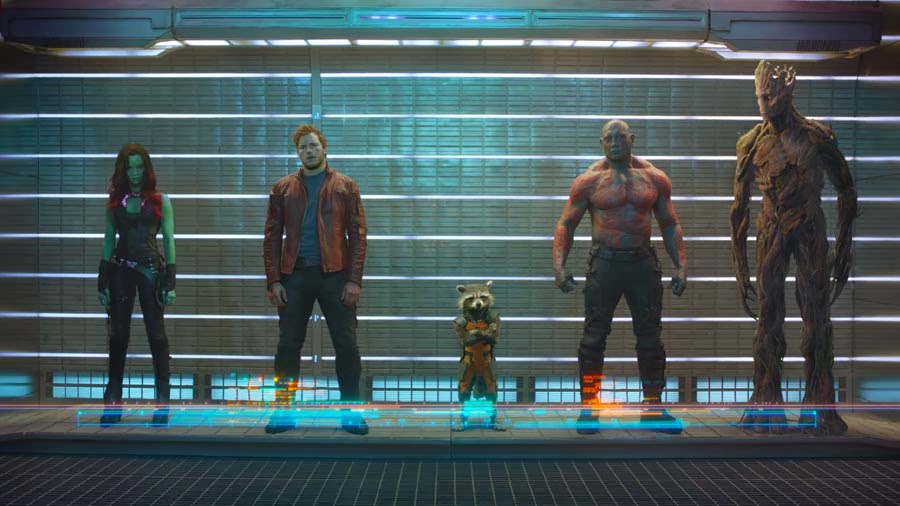 Marvel Studios have been one of Hollywood's biggest success stories of recent years. Starting with Iron Man in 2008 they have enjoyed an uninterrupted run of eight critical and commercial hits, each one building one the other and culminating in 2012's mammoth hit The Avengers. So far their films have grossed US$5.7 billion dollars worldwide, and they will easily cross the $6 billion mark with their upcoming sequel Captain America: The Winter Soldier.

A lot of people were surprised, however, when Marvel announced that their next film after Winter Soldier was going to be Guardians of the Galaxy. It's a comparatively obscure Marvel Comics property with an ensemble cast, set out among alien planets far away from the vast majority of the more famous superheroes. Its premise demands a massive production budget, yet in terms of brand recognition it's miles behind other potential franchises such as Ant-Man, Doctor Strange or Black Panther. With the enormous popularity of the Hulk in The Avengers you would think a second Incredible Hulk would be a more likely proposition. Despite this Marvel, bless them, have put a significant amount of money and reputation on the line and stuck to their guns: Guardians of the Galaxy opens worldwide in August 2014.

The thing is, I don't think Guardians is a big a risk as some people think. Here are some reasons why.

1. Marvel can afford the risk.
As I mentioned above, Marvel Studios are riding the crest of an eight-film streak. The Marvel brand is now trusted by a global audience: people know what to expect, and can rely on a reasonable level of quality. To find another production house with as reliable a brand at the moment, you'd have to look to Japan's Studio Ghibli or fellow Disney company Pixar Animation Studios. The fact that Guardians is the next Marvel Studios production alone guarantees a certain level of commercial success.

2. The director is awesome.
Marvel are really good at picking directors. Their choices are regularly left-of-field, but they always result in great films. It takes a lot of confidence to pick, say, Kenneth Branagh to direct his first major Hollywood feature when his resume is pretty much entirely filled with Shakespeare adaptations that no one went to see. They signed on Joss Whedon to direct The Avengers when his sole feature film directorial credit was for a mid-budget spin-off of a cancelled TV series.

For Guardians of the Galaxy they have gone with writer/director James Gunn. He's the writer of Tromeo and Juliet, and his two directing credits are for Slither - an underrated monster movie starring Nathan Fillion - and Super - a low budget superhero parody starring Ellen Page and Rainn Wilson. Between them his films had a collective budget of about $17 million dollars. He's now working with a budget worth almost ten times that.

The thing is, Slither and Super are both awesome movies. Slither is everything you want in a solid B-movie: it's funny, fast-paced, a little bit gross, and hugely enjoyable. It's the best movie of its kind since Tremors. Super is an incredibly dark and funny movie about a guy wanting to become a superhero: basically everything that Kickass wanted but failed to be. Together they show Gunn has a brilliant handle on pace, humour and entertainment: if nothing else Guardians of the Galaxy is going to be a really funny movie.

4. The characters are awesome.
This one's pretty simple. Any movie that features an angry, cursing raccoon with a jetpack and a gun, and a massive walking tree that can only say one sentence ("I am Groot.") is good with me. This film is a merchandise goldmine. Action figures, Lego sets, t-shirts, videogames, plush toys of Rocket Raccoon - you name it, it's probably going to sell.

5. The Star Wars factor.
The biggest media property in the world continues to be Star Wars. It's been a pop culture phenomenon for 37 years and counting. Consider this: in 2013 Star Wars films were not in cinemas, and a Star Wars cartoon was not on TV. Despite no active media presence whatsoever, Lucasfilm grossed one billion dollars in merchandise sales. There's a certain tone and content to Star Wars that continues to draw in fans and, more importantly, children. I'm a fan of it myself. Since I was a kid I loved the huge sprawling adventure with all kinds of weird looking aliens, heroes, spaceships and planets.

Hollywood has tried for decades to recapture that magic Star Wars tone, and they've failed to match it every time. I honestly think Guardians of the Galaxy is the best chance yet to nail it, and if it does we're looking at a billion dollar movie and Hollywood's next major movie franchise.

We'll find out in August if I'm right, but for now I'm putting out there: Guardians of the Galaxy is going to be a phenomenon, and one of the biggest - if not the biggest - films of the year.
Posted by Grant at 10:04 AM