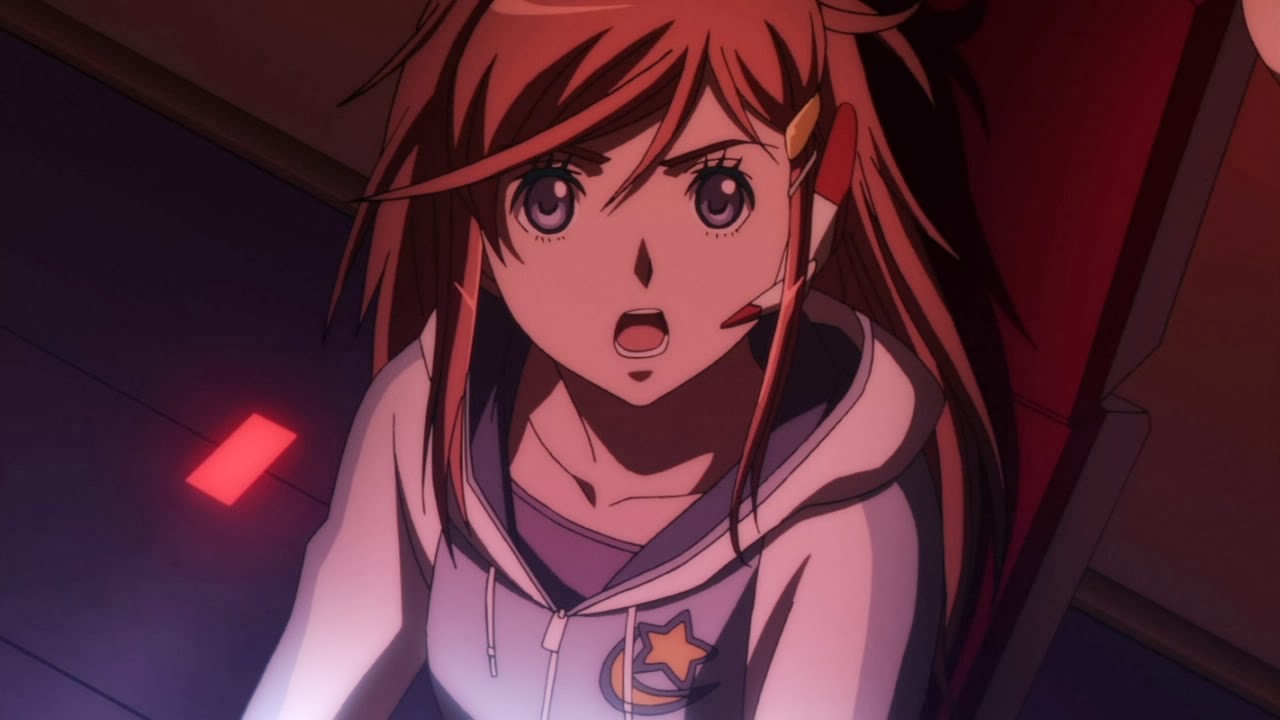 The title to this episode made me laugh out loud, because indeed Marika makes a decision. It's a very predictable decision, and a decision that she needs to make otherwise there's no series, and she has taken five entire episodes to make it. Talk about indecisive.

The Odette II finally makes a stand against the pirate ship that's been trailing it, and together the high school space yacht club prove themselves to be more than a match for professional space pirates: either that's one hell of a school, or some really crappy pirates. It's probably a little from column A and a little from column B. This all sounds like I'm mocking the episode, and to be honest taking five weeks to reach the basic premise of the series (high school student becomes a space pirate captain) is deserving of that mockery. That put aside, however, and it's a very enjoyable episode.

There's a great sense of comraderie among the girls on the Odette II as they collaborate to outwit and out-perform the pirate attackers. The episode is almost entirely set inside the control deck of the yacht, so it's testament to the quality of the animation, writing and voice acting that this never gets boring. In fact there's rather a lot of tension to it. I really liked how smart and capable they all seemed, and this was achieved with a minimum of fan service.

In a nice and unexpected moment, we even get to find out the real identity of Marika's moody goth friend Chiaki - and it's a plot development that has a huge amount of potential for future episodes.

So it's a climactic end to the first stage of Bodacious Space Pirates. Hopefully with episode 6 we start to see more pirates. And pirating. In Space.