Star Trek: The Next Generation: "When the Bough Breaks" 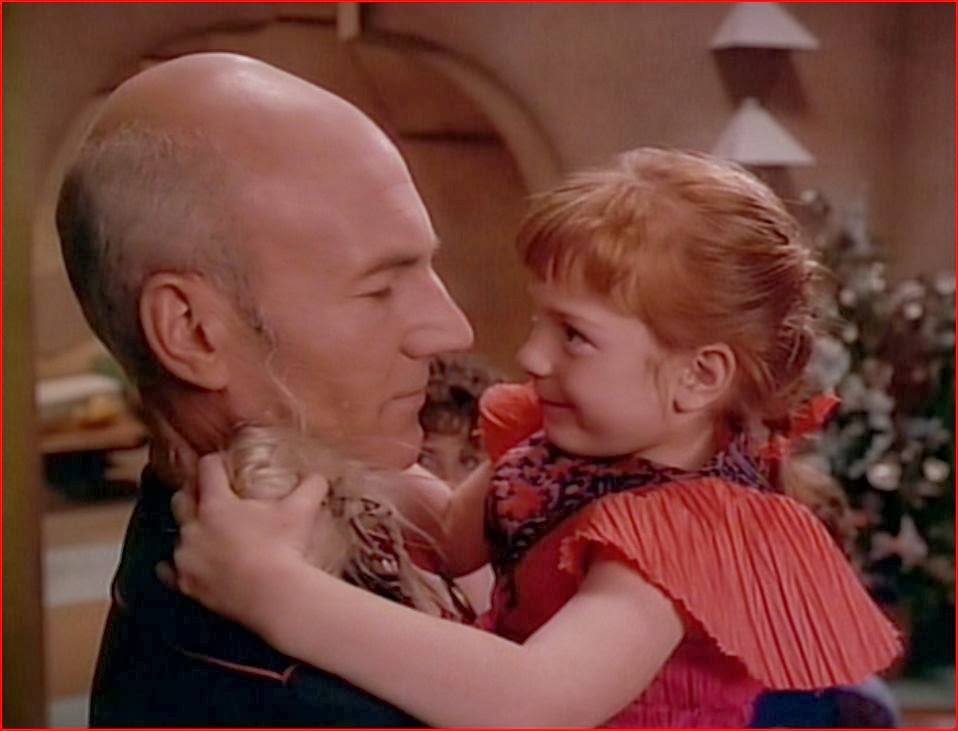 The Enterprise stumbles upon the mythical planet of Aldea, home to a high technology colony that has used cloaking technology to hide their existence for centuries. After Picard refuses to sell the Enterprise's children to members of the colony, the children are suddenly kidnapped - and the Enterprise is sorely outmatched in the fight to get them back.

The drama of "When the Bough Breaks" hinges on what I've always felt was one of the sillier aspects of Star Trek: The Next Generation: the idea that people would bring their families along with them when serving onboard. Pretty much any single hour of The Next Generation demonstrates why this is a potentially very foolish idea. The Enterprise is always in peril. It's getting shot at, or thrown billions of light years into deep space, or nearly gets hit by an exploding sun, or the crew gets infected by an alien virus - and these are just things from the first 15 episodes. While it's obviously traumating for the crew to lose a bunch of their children to the Aldeans, there are certainly far worse things that could have happened, and I can't entirely avoid blaming the parents for putting their kids in harms way in the first place.

That major quibble aside, "When the Bough Breaks" is definitely one of the stronger episodes of the season. It's not perfect, but it manages pretty well with a guest cast predominantly made up of child actors and gives both Patrick Stewart and Wil Wheaton some decent material to perform.

The main guest actor, Jerry Hardin, will appear in the series again, and is probably best known for playing Deep Throat in The X Files. This episode was directed by one of that series' producers, Kim Manners, and I do wonder if this is the gig that got Hardin the job. This is the only episode of The Next Generation Manners directed, and he does a solid job.

The teleplay is by Hannah Louise Shearer. Unlike Manners she sticks around with Star Trek for a while, writing or co-writing such episodes as "Penpals", "The Price" and "Skin of Evil". It's not high on originality - in fact there are a lot of cliches flying around - but it does have an emotional honesty and does a good job of making even the episode's antagonists rather sympathetic.

It's not great, but it's enjoyable enough. That leaves The Next Generation with five good episodes out of 16 so far, or a quality ratio of 31%.
Posted by Grant at 4:23 PM