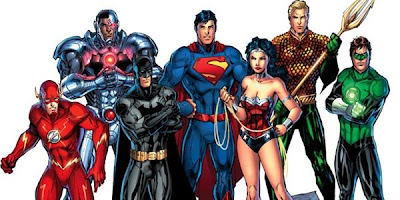 With this fourth week completed, DC's Zero Month has come to an end. I'm not quite sure what the purpose was. For the most part these issues were entirely redundant, either telling us information we already knew, or telling us information that we didn't need to know. They don't, on the most part, work as jumping-on points, since anyone picking up one of these titles next month is more likely than not going to encounter the resolution of a cliffhanger from August.

We're now 13 months into the New 52 and, a few individual titles aside, I'm sad to admit it's been an enormous creative failure. The problems are mostly at the editorial level: the new continuity is visibly being written on the fly and simply doesn't mesh together from one book to another. In some cases they're actively going back and rewriting earlier issues when they're produced in trade paperback collections (Teen Titans being an obvious example).

This relaunch is a big problem for DC, because I think it's going to hurt their books in the long run. When the sales start dropping from 40,000 to 30,000, or 20,000 to 10,000, there's no reasonably opportunity to relaunch things again so soon. Readers already annoyed with the New 52 will become more annoyed, and those actively enjoying these new books and continuity will be angry to see it dropped.

My comic shipment was late last week, hence the delay in posting this. I also haven't had a chance to read the entire pull list this week, so purchased but not reviewed were Aquaman, The Flash and Prophet. Underneath the cut are reviews of All-Star Western, Batman Incorporated, Debris, Happy and Talon.

Jonah Hex's childhood and origin are retold. It's not bad, in fact it's very well written and drawn. My problem with this comic is that, like most of the New 52 Zero Month, it's entirely unnecessary. I feel Hex is one of those characters where the less you know about his past the better. He's much more powerful if he's a mysterious "man with no name" gunslinger with a hideous facial scar. Knowing that he was abused as a child and disfigured by Native Americans leaves him a smaller, less powerful character. At least it does in my mind. The cover is interesting: with the words Jonah Hex now significantly larger than All-Star Western. I wonder if they're keeping the title treatment like this in future issues? (2/5)

Chris Burnham's artwork is the star here, as Morrison re-treads material from the pre-New 52 Batman Incorporated to make sure all readers are up to speed on what is looking to be Morrison's endgame for his Batman work. It's wonderfully atmospheric artwork that eschews the standard clean-lined look of superhero comics in general. The thing that makes this issue a must-read for me is the introduction of Dark Ranger, Melbourne's boomerang-throwing indigenous superhero. As a resident of Melbourne and an Australian, I demand DC produce a spin-off. Maybe team Dark Ranger up with Tasmanian Devil and a few new Australian heroes, and publish Justice League of Australia. (4/5)

With one issue left to go, Debris has wound up being quite a pleasant little mini-series. The story is not particularly ambitious, but it's well written and characterised and continues to boast wonderfully vivid and expressive artwork. I'm not sure there is another title on the shelf at the moment with such gorgeous colour: it pops off the page like nobody's business with exceptional use of white space. This is a book that, for the art alone, deserves to be collected in as high-quality an edition as possible, maybe even slightly oversized. (4/5)

Grant Morrison writes what he does best: strange, unearthly weirdness breaking into a mundane story and messing things up. It's got very solid art by Transmetropolitan's Darick Robertson and sets up the story to come nicely: an ex-cop turned mercenary finds himself on the run from both a criminal organisation and the police, accompanied by... well, a very unexpected sort of sidekick. Part of the pleasure of this first issue is not knowing remotely where this story is heading. I've mentioned a couple of times that Image has made DC Vertigo a fairly redundant and outdated imprint: this miniseries is yet another piece of proof: Vertigo through and through, by veteran Vertigo creators, yet published somewhere else. (5/5)

This is probably the best zero issue of the month, but that's an easy thing for it to be since it's also the first issue of a new comic. There's no momentum to kill, no redundant origin stories to retell, just an introduction for a new character and a set-up for the story to come. To be honest I wasn't expecting much from Talon: it's a regular monthly spin-off from the "Court of Owls" storyline in Batman, featuring a Talon of the Court giving up his position in that secret society and going on the run. What saves it is a strong script and great artwork. I'm still not fully certain about whether or not this comic is going to have legs in the long run, and going by the cover they've given hero Calvin Rose a ridiculous costume, but as an origin story it's brilliant. (4/5)

Winner of the week: Happy #1. It feels like a wonderfully old-school Grant Morrison comic.
Loser of the week: All-Star Western #0. As I said above, it's not a bad comic - just a painfully unnecessary one.