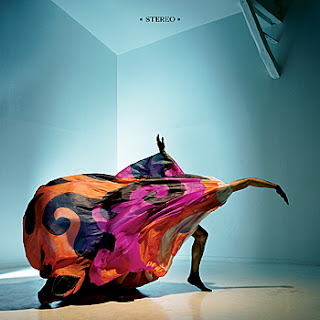 P.K.14 is a Nanjing-formed and Beijing-based post-punk rock band. Formed back in 1997, they have become a well-respected fixture in China's independent rock scene. Internationally their sound gets compared to the like of the Pixies and Sonic Youth, although based on this album I find the comparisons under-value P.K.14's own distinctive sound.

City Weather Sailing is the band's fourth studio album, released in 2008. I found the CD in a charity shop here in Melbourne, and purchased it purely on the basis of its intriguing and artful cover. It has wound up being one of the most unexpectedly great albums I have heard this year.

There is a general kind of indie Britpop feel to the album, which is dominated by rolling guitars that give it a sort of Manchester sound - to me, at any rate. I am hardly a musical authority, and just describe these things as I see them. I am very keen to track down the band's other work - not to mention their members' side projects - to see how they all compare.

The album kicks off with "I Wait for You in Nanjing's Streets", a slow, delicate number with a nice indie edge. It builds slowly with an unexpected amount of power behind it by the end. It's a nice way to ease into the album, and particularly the more energetic and catchy second track: "Wade the River". This song has great guitar riffs, and introduces the use of strings that will continue through much of the album. It has a very British sound for a Chinese band,

It also reminds me just how much I love Mandarin as a language. I don't speak more than five words of Mandarin, but I love the sound of it. I am also more of a fan of instrumental music than music with lyrics, which I can easily find distracting. Not understanding the language of the vocals transforms them into another musical instrument; while I lose the thematic or narrative content of the song, it gains another aesthetic layer that really appeals to me. I have really been engaging with a lot of Chinese-language rock and pop music in the past year, and this is one of the main reasons why.

"Embellishments" presents a solid slice of distorted rock music. It is interesting how it manages to find a new tone while maintaining the overall tone of the band. "Fall of Night", just jumps in without a pause, and that works enormously to its benefit: maintaining the momentum of "Embellishments" but adjusting the sound a little. There is a little bit of electronica slipped in beneath the guitars here. It is an upbeat and more open-sounding song.

"Some Surprises Come Too Soon" boasts a more fast-paced sort of indie rock sound, while "Summer, After Summer" keeps the indie sound, but presents a more laid back feeling. "The Other Side" sounds an awful lot like mid-to-late 1990s Bowie, which again shifts the specific sound of the album while preserving the tone. "How Majestic is the Night" is the most melancholic track of the album, with a very straight-forward pop-rock style. "Behind All Ruptures" is another straight-forward pop-rock track: less adventurous, but still very enjoyable.

The album picks up with its last three songs. "Let Things Slide" has an unexpected surf rock vibe, it starts off easy-going and then about 90 second in brings in first strings and then choral vocals to lift the song's weight to a higher level. "Northern Spiritual" begins with a lengthy instrumental opening that builds and builds, becoming more chaotic with every bar until it breaks back to a simple guitar and percussion. The second half of the song delivers the emotional power than its first half promises, and is probably my favourite song of the album. "The Balcony Song" ends the disc with a nice combination of strings, electric guitars and heavy drumbeats.

Overall the thing that strikes me most about City Weather Sailing, apart from its general 'Britpop' sound, is just how consistent it all is. There probably isn't a bona-fide five-star track to be found here, but at the same time no individual song is anything less than enjoyable. Ultimately it is one of those great albums you can start and play right through, without a single disappointment to skip along the way. I look forward to discovering more of P.K.14's music soon.