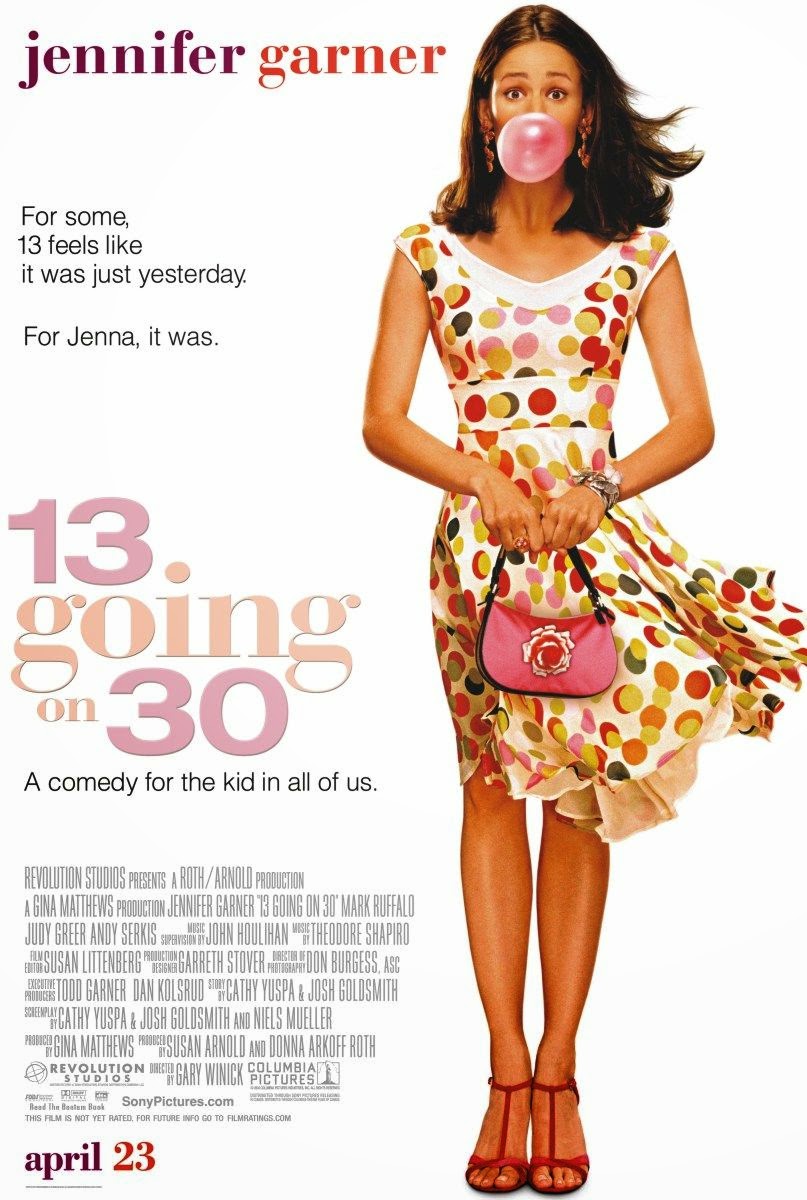 The age-changing comedy seems to be a perennial idea in Hollywood: a child, through wishing, magic, a dream or other shenanigans, wakes up the body of an adult, and gets to discover why they shouldn't want to grow old so fast while simultaneously charming an audience with their inappropriately childlike ways. One major example is Walt Disney Pictures' 1976 comedy Freaky Friday, based on the Mary Rodgers novel, although I'm sure there must be earlier examples. Penny Marshall's 1988 comedy Big was the film that made Tom Hanks a bona fide megastar, and emerged from a cluster of similar age-changing and body-swapping films: Like Father Like Son (1987), 18 Again (1988) and Italy's Da Grande (1987).

I think the earliest example I can find is the 1916 adaptation of the F. Anstey novel Vice Versa, a novel that was adapted several times over the decades. It's clearly a premise with enormous appeal for an audience: it combines nostalgia with wishful thinking, and a strong sense of "what if".

One contribution to this mini-genre was Gary Winick's 2004 comedy 13 Going on 30 - unless you lived in Australia, where it was titled Suddenly 30. I'm not sure why they chose to change the title here - whatever the reason it didn't really change the quality of the film.

Awkward 13 year-old Jenna Rink makes a wish after a disastrous birthday party that she could skip her entire adolescence and simply be 30 already. She opens her eyes and there she is, not only 17 years older but 17 years into her own future. She has everything she ever wanted: a high paying job at a fashion magazine, an attractive boyfriend, a massive wardrobe of expensive clothes, and a friendship with the coolest girl from high school. Cue awkward scenes of naive innocence juxtaposed with 30something sexuality, and Jenna charming everyone around her with her sudden newfound joie de vivre.

This is one of those commercial Hollywood films that seems quite harmless and fluffy, but also quite tired and charmless. It passes the time but can also leave you resenting the time you wasted in watching it. It's directed effectively enough by Winick, and given his other titles included Bride Wars, Letters to Juliet and the live-action Charlotte's Web, it's actually likely his best film. He sadly died in 2011, so as far as his career goes it's not going to get better than what we see here. Josh Goldsmith and Cathy Yuspa's screenplay is the main culprit here, substituting 1980s nostalgia for charm and putting all of the weight of the film onto its cast. One scene, with Jenna leading a hip room of partygoers into a rendition of Michael Jackson's Thriller dance, is actively cringe-worthy.

The casting is one aspect in which the film excels. Jennifer Garner is a very appealing actress, and has an under-used gift for comedy. While the movie around her is as derivative and wooden as hell she gives an effective performance as a 13 year-old girl suddenly trapped in an adult body. The bottom line is that if there's a laugh in 13 Going on 30, and to be fair there are quite a few, they come from Garner's performance and not from her dialogue.

Her supporting cast is fairly strong as well, although it's a bit unfortunate that Mark Ruffalo gets very little to do other than look pensive and conflicted for 90 minutes. I do quite like Ruffalo, and certainly playing the Incredible Hulk in The Avengers makes all of his earlier films much more watchable: if any scene starts to get boring you can pretend he's going to turn green and Hulk out at any moment.

This isn't a film that's going to delight anyone, but at the same time the performances are such that for viewers keen on this kind of PG-rated romantic fantasy it's not going to be a waste of time either. It's just kind of there, accusingly, like a movie version of a Kentucky Fried Chicken meal, edible but disappointing, watched because of an inexplicable craving for this kind of thing but met immediately afterwards with regret.
Posted by Grant at 7:36 AM