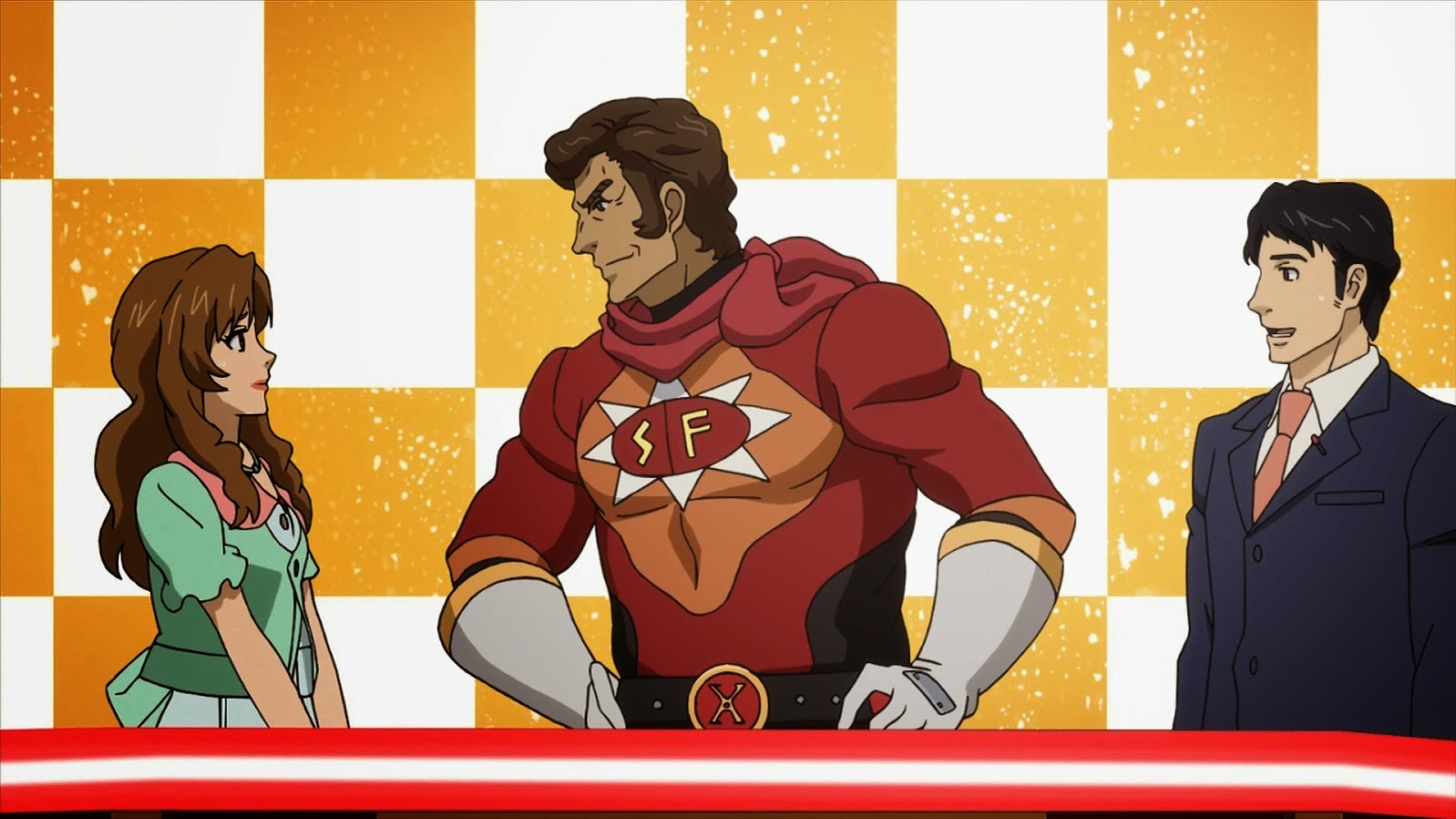 Video recordings of Samurai Flamenco's antics have gone viral across the Internet, leading one media outlet to place a significant reward for anyone revealing his identity. Hazama's manager Sumi Ishihara has a strong suspicion, but Hazama refuses to confirm it. Things are complicated when, on a TV variety show, classic TV star Kaname Joji outs himself as Samurai Flamenco, leading to a showdown on the street between Hazama and the ageing TV star.

I think this may be my favourite episode of this series so far: it cleverly enriches Hazama's tokusatsu fandom by introducing a retired tokusatsu star: Joji, who used to star in the TV show The Red Axe. It also prominently features one of the weirder phenomenons of Japanese television - to me, anyhow - which is the weird genre of talk show where a panel of celebrities watch and comment on YouTube videos. I saw a bunch of these while on holiday in Tokyo, and they're pretty much exactly how they're depicted here.

Kaname Joji is a great introduction to the supporting cast: he's bold, gregarious and desperately trying to recover whatever last shreds of fame he can manage. He's got a great look too: he's walked straight out of a 1970s TV show (those sideburns!). His tokusatsu identity, Red Axe, is marvellously stupid looking: like a Power Ranger with an axe on the top of his head.

There's a great scene midway though the episode, where Hazama and Goto have a conversation while watching some kind of theme park super-team live show. It sits there, rather cleverly, in the background while the conversation goes on, and seems to foreshadow the super-team I suspect Hazama is unwittingly assembling.

News website editor Akira Konno is another addition, although his main purpose in the series thus far seems to be trying to get into Ishihara's pants. Mind you, it does allow this episode to show more depth to her character than her debut did; she seems a bit more believable now.

This series is running three for three with me: it's not perfect, but I'm enjoying it a hell of a lot.
Posted by Grant at 10:56 PM