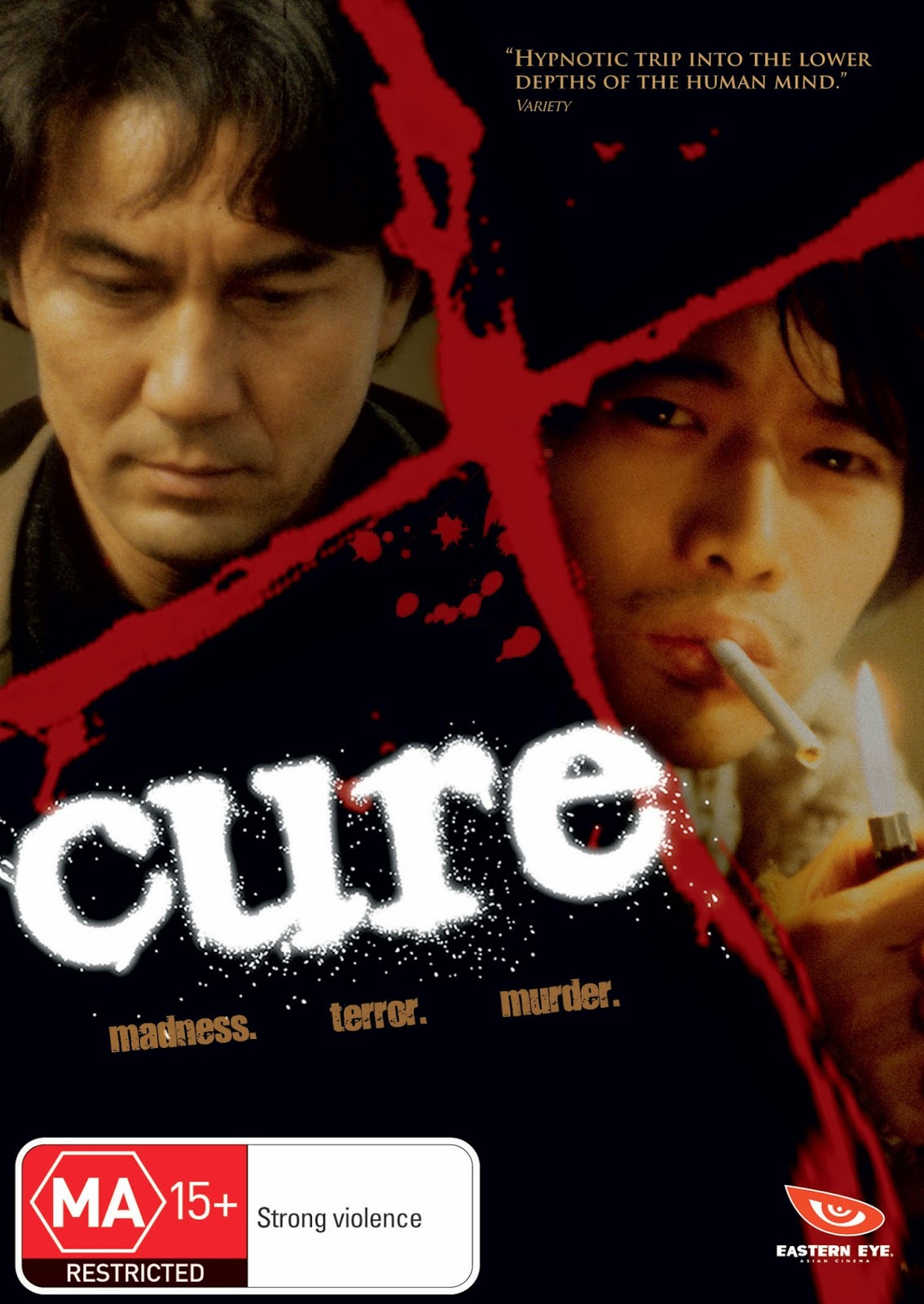 On first inspection I dismissed Cure as one of the myriad of Ring knock-offs that flooded Japanese cinemas following the release of Hideo Nakata’s 1998 horror opus. Then I took a closer look, and realised that Cure pre-dates Ring by a year. It reveals a big problem with watching foreign films – until the past decade it has been extremely difficult to track down and see a wide range of movies from other countries. It does have a tendency to create false impressions. The j-horror craze may have kicked off in earnest with Ring, but it begins with Cure.

Koji Yakusho plays Kenichi Takabe, a police officer investigating an inexplicable string of violent murders. The victims have all been killed in the same ritualised manner. The murderer has been caught. The only problem is that there’s no connection between the victims, and the police have a different murderer in custody for each of them.

Kiyoshi Kurosawa is best known for the horror classic Pulse (Kairo), and here he directs a very typical – and typically effective – Japanese horror film. There is a crushing banality to how the film looks, cementing the action within a depressingly ordinary and mundane world. This has the effect of making the uncanny or the horrific violently stand out. It punctures the ordinary world, leaving terror and a lingering unease in its wake.

I’ve always felt the big difference between Japanese and American horror cinema is that in America the horrors exist to be defeated, whereas in Japan the horror exists merely to be survived. There’s a different emphasis at work. American horror more often than not goes out of its way to explain its horror elements: he was a paedophile burned alive by a town full of people; the house was built over a Native American graveyard; he was hounded by racist villagers and covered in bees—pick your origin. With Japanese horror that explanation is often never forthcoming. It arrives, it settles insidiously, it horrifies us deeply, and is never rationalised, elaborated upon or made ‘safe’.

And despite the murders, the horror of this film is purely psychological. ‘Who are you?’ asks the amnesiac loner Mamiya (Masato Hagiwara) – a question that, when repeated, has an unnerving habit of utterly destroying his victims’ sense of self. This loss of identity is mirrored by Takabe’s wife, who suffers from mental illness and is slowly slipping out of Takabe’s grasp. Koji Yakusho (who subsequently re-teamed with Kurosawa on Pulse and Tokyo Sonata) is great in this film. He gives a strong realistic grounding to a sometime surreal thriller.

Cure is a solid, creepy and gripping work of horror cinema. More importantly it’s evidence that Ring’s runaway success stems not only from its own merits but from a far lengthier tradition of cinema preceding it.
Posted by Grant at 10:00 AM