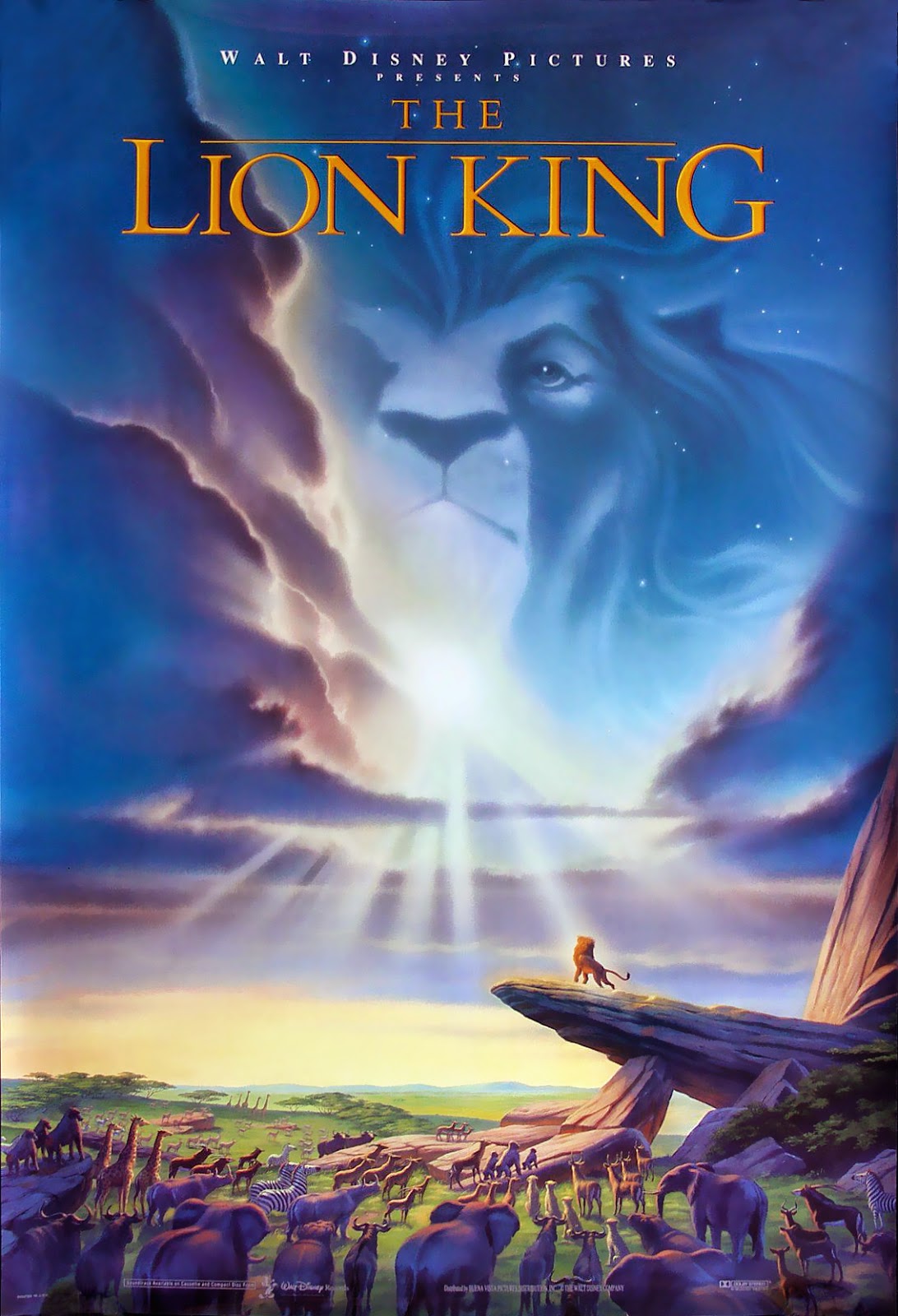 On this day in 1994, Walt Disney Pictures pushed The Lion King into general release. It has been screening in a limited number of cinemas for a week, but this was its big widespread push onto American screens. It was at the time the biggest Disney hit in decades, and subsequent re-releases have helped push it to a global gross of US$987 million dollars.

What's interesting in retrospect is that The Lion King was not a popular project within Disney while it was being produced. It was beset with creative problems, and its story wasn't pulling together, and it was getting partly overlooked by studio management in favour of the more prestigious (and better funded) Pocahontas. Everybody wanted to work on Pocahontas, because it was studio head Jeffrey Katzenberg's big pitch at winning a Best Picture Oscar, and nobody wanted to get stuck animating a movie about lions on the African Savannah. As a result much of the film's crew were fairly new: indeed pretty much all of the lead animators were tasking with supervising individual characters for the first time.

The result was pretty extraordinary: I loved The Lion King then and I still love it now. Disney fans often refer to the "Disney Renaissance", which is a period stretching from The Little Mermaid through to Tarzan, and I think The Lion King is the very pinnacle of that period. It's not just because it was the most successful of those films, it's because it represents the best combination of being a cartoon and being an actual feature film. It has a maturity to its shot compositions. It even steals a shot directly from Alfred Hitchcock's Vertigo.

The film was noted at the time for its popular soundtrack of Elton John songs, but in retrospect it's Hans Zimmer's orchestral score that's the more striking. By the end of the decade a Zimmer score was standard issue for a Hollywood action flick; The Lion King predates a lot of that, and the music he composes here is still among his best work.

There are massive leaps forward in terms of procedural computer-generated animation to create a wilderbeest stampede. In many respects it was the beginning of the end for traditional animation, as computer generated imagery took precedence and ultimately replaced pen and ink animation almost completely in America.

Then there's the great dramatic plot, cribbed liberally from Shakespeare's Hamlet, performed by a strong cast with highly distinctive voices (James Earl Jones, Jeremy Irons, Rowan Atkinson), and so on. Disney tried to follow it up with two direct-to-video sequels - one based on Romeo and Juliet, the other on Rosencrantz and Guildenstern are Dead - but neither can within visible distance of the original. (That said, both sequels are heads and shoulders above the bulk of Disney's DTV output in the past 20 years. Check out The Hunchback of Notre Dame II, which is likely the worst production ever released under the Walt Disney imprint.)

It's funny: halfway through jotting this piece down I was linked to an excellent and angry essay by American critic Devin Faraci slamming Internet critics and bloggers for obsessing over nostalgia, and here I am being nostalgic over a 20 year old cartoon. Faraci's criticism is right in a way: it's quite difficult to be authentically nostalgic for a thing that's never really gone away. The Lion King certainly hasn't. There have been re-releases on cinema screens, VHS, DVD and bluray, there have been the toys, the childrens books, and so on. There's a new animated TV series coming within the next 18 months or so. I don't think I am entirely nostalgic for The Lion King for that reason, but I a big fan of the film, and it's worth celebrating its 20th birthday.
Posted by Grant at 9:50 PM