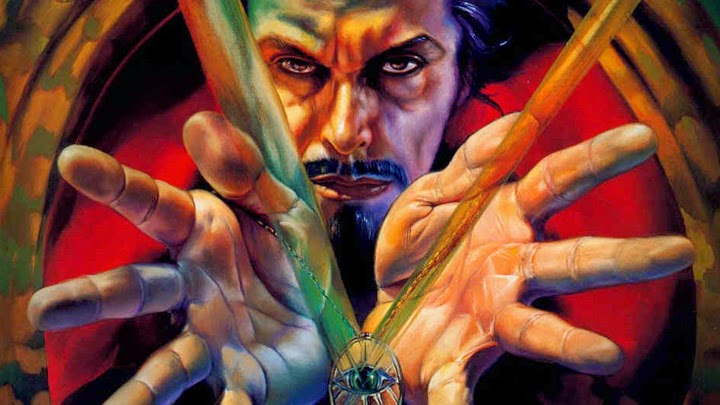 Marvel Studios may be struggling to fill the director's chair on Ant Man, recently vacated by Edgar Wright after irreconcilable creative differences, but they're pushing full steam ahead on Doctor Strange. Scott Derrickson has just been confirmed as that film's director, although I'm not sure a release date has been confirmed as of yet; I'm guessing some time in 2016.

It's a great choice: Derrickson's debut feature The Exorcism of Emily Rose is one of my favourite films from the past decade, seamlessly blending a courtroom drama with a supernatural horror film and drawing great performances from Laura Linney, Tom Wilkinson and Jennifer Carpenter. Based on that film's success Derrickson was handed the poisoned chalice of remaking 20th Century Fox's classic sci-fi film The Day the Earth Stood Still. His effort was critically flawed, but importantly it did demonstrate that he can handle himself with a large budget on a studio picture.

I reviewed his 2012 horror film Sinister right here on this blog, describing it as 'a mostly effective and broadly entertaining horror film'. I suppose the main thing I can surmise from his second and third films is that he has a great visual eye and a good sense of pace, so in the case of Doctor Strange it's all going to come down to the quality of the screenplay.

I love Doctor Strange. He's a great character: a neurosurgeon whose hubris leads to a terrible accident, and his slow recovery from rock-bottom leads him to discovering the mystic arts. He wears an awesome cape, rocks facial hair better than Tony Stark ever did and has amazing psychadelic adventures through parallel dimensions and hellish netherworlds. I adore that his name is actually Stephen Strange, and he's an actual surgeon. Doctor Strange isn't some funky silver age superhero title: it's his actual name.

I think there's a huge amount of potential for a Strange movie. Given the weird dimensions he tends to travel into, this is actually that rare film where a 3D presentation might even be a reasonable idea. I assume the plot will somehow involve the villainous Baron Mordo, Strange's arch-rival, and will logically feature one of the Infinity Gems - since all indications are that they're going to be critical to the plot of 2018's The Avengers 3.

Now I guess we have to wait for Marvel to announce who's actually playing the guy. I liked the rumour that Luke Evans (Bard in The Hobbit) was in the running: he'd probably be my top choice.
Posted by Grant at 9:24 AM