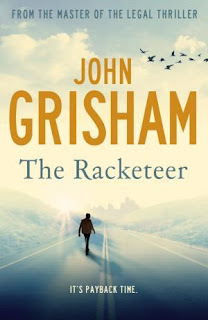 John Grisham is one of those authors who sells so overwhelmingly well that he's relatively ignored in critical terms. Literary readers will generally dismiss his work with an elitist sniff, mainstream readers will greedily consume his books without question, and everyone in between pretty much takes his presence for granted. He's in that envied tier of authors whose books line the shelves of airport bookshops worldwide, a group that includes other writers such as Stephen King, J.K. Rowling, Stephanie Meyer, Dan Brown, Clive Cussler, Tom Clancy and the late Michael Crichton.

Within that tier, however, there's a pretty wide spread of talent. I'm not keen to simply dismiss the appeal or talent of authors like Stephanie Meyer or Dan Brown, but they do have a prose style that is to me relatively depth-free and simplistic. On the other hand, I think authors such as King, Rowling and, yes, Grisham, provide a lot more texture and depth beneath the surface of their narratives. They write books that are both populist and popular, and while their works may not entirely challenge readers they certainly satisfy them a great deal.

The Racketeer is the latest in John Grisham's long line of legal thrillers (the 25th, for those keeping score), and actually presents something a little different.

Malcolm Bannister is a lawyer who is halfway through a ten year gaol sentence for something he swears he never did - or at least he did it, but wasn't aware he was committing a crime at the time. Meanwhile a Federal Court Judge has been murdered in what looks like a professional hit. Bannister claims he knows who the murderer was. Without any viable leads the FBI reluctantly grant Bannister both freedom and witness protection in return for his evidence - but what does Bannister really know? And what is he really up to?

With The Racketeer Grisham runs a difficult line between using a first-person perspective (Malcolm Bannister) and not actually revealing Bannister's motives. The novel is a constant guessing game as to what Bannister is trying to, what he does and does not know about the judge's murder, and whether or not he is actually telling the reader the truth. It's a legal thriller as told by an unreliable narrator, which makes it a fairly unique experience among Grisham's numerous works.

The book is written with a light touch and a rapid pace, making it a quick and entertaining read. It takes genuine skill to make a book this readable, and Grisham deserves a great deal of credit for it. I'm sure many readers will be able to guess what's actually going on before the book ends, but it's a great ride if you just stop trying to anticipate events and enjoy things as they happen.

The Racketeer presents a fresh take on Grisham's noted brand of legal thriller, and a rewarding one as well. If you've enjoyed his work in the past, but maybe drifting away after one too many similar books, I strongly recommend you give this one a look.
Posted by Grant at 10:31 PM