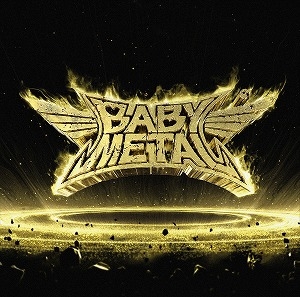 Metal is a broad genre, something that often surprises listeners either unfamiliar or unimpressed with the metal sound in general. Sure, most metal bands provide some combination of loud noise, aggressive drums and screaming electric guitars, but they split off into all manner of specific sounds including death metal, speed metal, power metal, and even more esoteric forms like pirate, viking and troll metal. Add to the list kawaii metal, the latest metal genre essentially invented by Japanese band Babymetal. The band comprises seven musicians and three singers: Moa Kikuchi, Yui Mizuno and lead singer Suzuka Nakamoto.

Like most popular Japanese bands it is an entirely constructed and artificial outfit, with all ten members hired independently for the project rather than assembling by themselves, but regardless of their origins they have developed into a comparatively unique and hugely entertaining group.

On the surface it all seems so cynical and so ridiculous. The band's initial singles went viral on Facebook because people found them ridiculously funny. The sight of cute teenage girls jumping up and down to heavy metal seemed so weirdly incongruous and silly. The thing is, once you get past the cognitive dissonance and the cynicism about the band's ultra-commercial origins, Babymetal are kind of the real deal. This is a really strong power metal album that blends fast, uplifting guitar work with Japanese teen pop.

Metal Resistance is the band's second album, although the first to be released in Australia. It's absolutely wonderful.

"Road to Resistance" gets the album off to a driving start. The song was originally included in the international release of Babymetal's debut album but makes its Japanese debut here. The song owes a ridiculously heavy debt to American metal group DragonForce, to such an extent that DragonForce members Herman Li and Sam Totman collaborated on the track. If you love the breakneck intricate guitar work of DragonForce's own work, you will likely love this track to bits.

Lead single "Karate" combines driving aggressive verses with a much more melodic and uplifting chorus. At the mid-point the song momentarily softens, become more of an anthem than a metal track. It's a nice transition. I think this might be my favourite song of the album.

The bulk of the album shifts between being an even blend of J-Pop and metal (such as in "GJ!"), or sliding far in the direction of bubblegum pop with the odd guitar riff ("Yava!") and back again ("Sis. Anger"). There is even a straight-up ballad with "No Rain, No Rainbows", which is probably the least effective song of the set. The variations probably enable the album to find a broader audience, but I personally prefer it when the songs stick to a fairly even mixture.

"Syncopation" sticks out, and pushes into slow electronica over either metal or cute pop. It contrasts back and forth between those electronic sections with fuller, guitar and choral vocals. It is also essentially an instrumental track, which makes for a nice contrast with the other songs. "Tales of the Destinies" brings the album full-circle to another very DragonForce-inspired number, and a lot of inventive little segues. It is another stand-out.

The album concludes with "The One", the first Babymetal song to be performed in English. It feels slightly weird as a result - after almost two albums I am pretty comfortable with the lyrics being in Japanese. It feels like a slightly unnecessary concession to English language audiences; better that the audience meet the band on their own terms I think, than pander specifically to them. That said, it's got some pretty awesome guitar work in it.

I am keen to see if the success of Babymetal remains at the novelty stage, or if exposure to heavier Japanese sounds might inspire overseas interest in Japan's own fully-fledged metal groups. There is some great stuff out there, and it would be wonderful to see it get the broad global audience some of it deserves. Until then, I will keep applauding Babymetal's current success.

This review has been a bit of an experiment: generally The Angriest reviews films, cult TV episodes and comic books. While I obviously listen to music I rarely analyse it or review it too deeply. I have decided to review the odd album I come across from now on.
Posted by Grant at 9:20 AM