There's a bumper crop of fantasy films coming out in 2016, including epics, children's book adaptations, remakes and sequels. I have very mixed feelings about the slate overall. Some of these films look wonderfully promising. Some of them I have doubts about. A few I am actively expecting to be dreadful. Have a look down the list and see which films tickle your own fancy - and let me know which ones you're looking forward to the most.

Alice Through the Looking Glass

The Muppets director James Bobin replaces Tim Burton as director on this CGI frenzy sequel to the 2010 Disney hit. This new film brings back most of the all-star cast of its predecessor, plus adds Sacha Baron Cohen as a new villain. I was reasonably entertained by the first film, although it definitely wallowed in far too many unconvincing computer-generation effects and Johnny Depp's Mad Hatter was actually rather irritating and self-indulgent. I'm not entire averse to the idea of a sequel, but at the same time I am unsure if we needed one. This is a case where I shall likely sit on the fence until the first reviews come out, then decide whether or not to see it at the cinema. 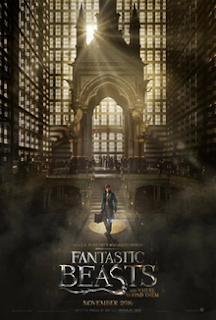 This marks Steven Spielberg's first-ever collaboration with Walt Disney Pictures, in which he adapts the popular novel by master children's author Roald Dahl. It is based on the final screenplay by the late Melissa Matheson (E.T.), and stars the superb British stage actor Mark Rylance - who also co-starred in Spielberg's Bridge of Spies last year. John Williams is back to provide the orchestral score. Essentially I think this has a very good chance of being the best children's film of the year, and as a fan of the book since childhood I am extraordinarily keen to see what Spielberg has done with it.

Fantastic Beasts and Where to Find Them

This was such a no-brainer for Warner Bros, and I'm glad the project has pulled together. This is a spin-off from J.K. Rowling's Harry Potter universe, and follows Newt Scamander as he hunts down magical creatures in 1920s New York. The period setting and adult characters make this a fascinating new twist on the Potter phenomenon, chief Potter director David Yates is back in the main chair, and the project boasts Rowling's first-ever original screenplay. There's a lot of potential for this film, and I truly hope they rise to the challenge. 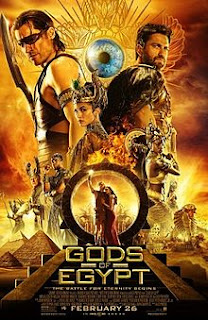 This project already received a huge amount of publicity in 2015, not because of its subject matter or its theatrical trailer - which looks hysterically bad, by the way - but because it is the latest Hollywood project to tell a story almost entirely about people of colour (Ancient Egyptians) by casting a near uniformly white cast. It's 2016. Hollywood should be better than this. That major issue aside, Gods of Egypt simply doesn't look very good. It's a slightly unpleasant surprise, given how great director Alex Proyas can be given the right material. The Crow was great. Dark City was exceptional. This looks dreadful.

The original Snow White and the Huntsman consisted of some rather nice production design stapled to a leaden screenplay and a fairly underwhelming movie. This is a prequel from a different director that dumps Snow White put adds an evil snow queen (Blunt) and a female warrior (Chastain). I generally dislike prequels for a variety of reasons, and was not a fan of the first film, and yet once again I'm finding myself drawn in by the production design and my attention grabbed by how three of the four lead actors of this big budget fantasy picture are women. I'm not certain if I'm anything more than intrigued, but I am intrigued. Director Cedric Nicolas-Troyan is making his feature debut here, having previously worked as a visual effects supervisor on the original film. 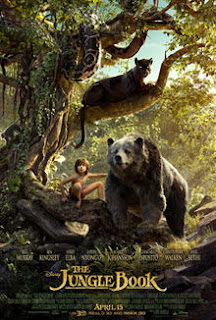 There's not a lot to say about this one. It is out for Christmas, it is directed by Jake Kasdan (Bad Teacher, Sex Tape), and it adapts the childrens book by Chris Van Allsburg that was previously adapted as a feature film in 1995 starring Robin Williams. Unnecessary? Probably. Any good? Who can say - this one's a case of wait and see. Given the production timeline necessary for this to come out by Christmas, I actually suspect it will slip back to mid-2017.

Walt Disney Pictures are finding a lot of success in remaking their classic animated films as live-action movies. Alice in Wonderland, Cinderella and Maleficent have all been great hits for the company, and 2017 sees a live-action Beauty and the Beast hit the screens. Before then we have this: a CGI-heavy adaptation of The Jungle Book from director Jon Favreau. The trailers look great, and the voice cast is inspired. Bill Murray as Baloo? Ben Kingsley as Bagheera? Christopher Walken as King Louie? This film looks like it could be a mountain of fun.

Tim Burton remains one of my favourite directors, but it does feel as if his best and most arresting work is increasingly far behind him. I really want to be enchanted by one of his films again. This new release, based on the novel by Ransom Riggs, feels like it could be the right material to give us an A-grade Burton film once again. The book included monsters, murders, time travel, telepathic powers and shape-shifters. That's a lot of material to play with, and Burton seems a good fit for the book's idiosyncratic aesthetic. The cast is an interesting one as well. Hopefully we'll get a better look at the film's potential over the next few months. 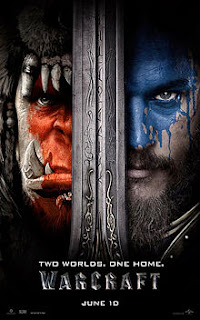 Patrick Ness' bestselling novel is being adapted for the screen thanks to Focus Pictures and director Juan Antonio Bayona. The book focuses on a boy who is visited each night by a monster than tells him stories, as a means of helping the boy come to terms with the imminent death of his terminally ill mother. The book won pretty much every award it was eligible to win, and Ness has written his own screenplay adaptation. The potential for this one is huge, and the cast looks beautiful - particularly Liam Neeson as the voice of the monster.

Warcraft is, of course, an enormously popular videogames franchise, one that boasts an incredibly dedicated and enthused fanbase. This big budget film adaptation is directed by Duncan Jones, who did exceptional work on his first two films Moon and Source Code. A CGI-heavy fantasy epic seems an odd project for Jones. Pre-existing fans of the property will likely disagree, but for me this seems an underwhelming and generic fantasy setting, brought to the screen with - going by the trailer - far too much fake-looking CGI. The cast don't seem outrageously inspiring. The fact that the co-writer's last screenplay was Universal's widely derided fantasy Seventh Son does not fill me with hope.
Posted by Grant at 5:04 PM