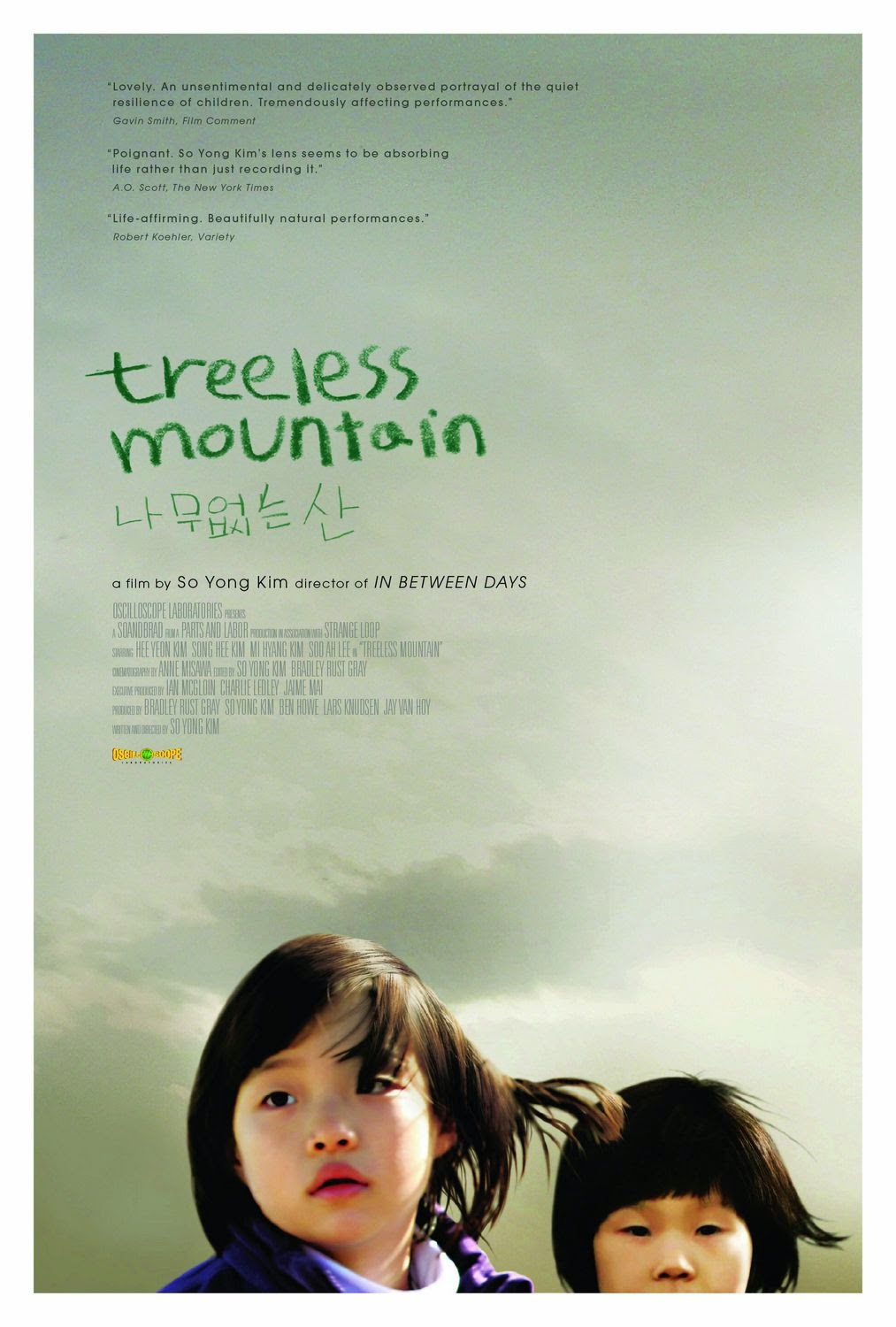 Two young girls, Jin and Bin, are unexpectedly sent to live with their aunt while their mother leaves to find their absent father. Before leaving she gives her daughters a piggy bank: when they behave, their aunt will give them a coin. When the piggy bank is full, their mother promises she will return. Left to their own devices with an aunt who does not particularly want them in her house, and with the piggy bank slowly filling up, Jin and Bin begin to question whether or not their mother will return at all.

Treeless Mountain is a South Korean drama by writer/director So Yong Kim. How the viewer will respond to the film is likely due to what sort of film they are expecting to see. It is a very slow, measured film, filled with small moments of character. It is shot in a very matter-of-fact, stripped-down manner. It exclusively follows the two protagonists, seven year-old Jin (Hee Yeon Kim) and five year-old Bin (Song Hee Kim). It does not follow a Hollywood-style three-act structure. Instead it’s more like a window into people’s lives. Alfred Hitchcock once famously stated that films were essentially life with the boring parts cut out. Yong Kim’s Treeless Mountain is simply life.

There is a subtlety to this film. It is so delicately written and shot. It is also a film dominated by female characters – still a comparative rarity for narrative cinema.

Kim has managed to extract remarkable performances from her two young leads: both making their acting debuts here. Hee Yeon Kim is wonderful as Jin, combining a responsibility and maturity far beyond her seven years with an immense fragility. Of the two sisters, she is the most affected by their mother’s absence. Conversely, Song Hee Kim brings a delightful innocence and brightness to Bin. The two young stars bounce off one another very well too, and give the film its necessary emotional grounding.

The two main adult performances are also excellent. Mi Hyang Kim plays the unnamed aunt with a carefully-played blend of selfish irritation and understated affection. Boon Tak Park plays the grandmother. She only appears in the last 20 minutes or so of the film, yet manages to make a profound and immediate impression.

Treeless Mountain is a very interesting, meditative drama. It presents a remarkable contrast to popular South Korean cinema, which is so often a very fast-paced, melodramatic experience. That isn’t the case here. Instead it allows itself to gently unfold, and then linger in the mind long after its credits have run.
Posted by Grant at 5:01 PM