PSX20 #13: Castlevania: Symphony of the Night 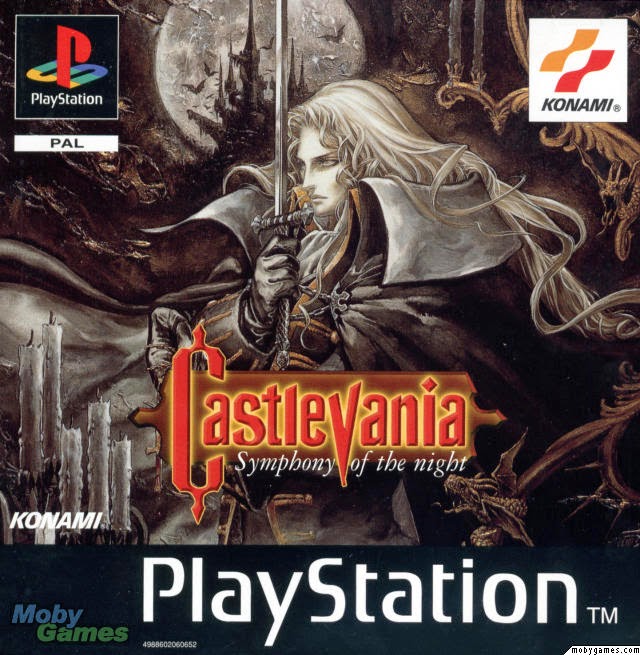 When the PlayStation was released 20 years ago, it was pushed very aggressively on the back of its 3D graphics: not sprites and left to right gameplay, as was the norm for the SNES and Megadrive, but rather polygon-generated graphics and three-dimensional movement. In that respect then Castlevania: Symphony of the Night is a bit of an outlier: it's a 2D platformer that, some graphical and musical flourishes aside, would have comfortably squeezed onto the last generation of games console.

While the 2D platforming nature of Symphony of the Night might lead you to think it's just like it's NES and SNES predecessors, it's actually a sort of soft adventure-come-RPG. It cribs liberally from Nintendo's excellent Super Metroid to create an immerse environment rather than a linear string of levels. You might pass an area you can't reach, develop a new skill later on, and then return to access that previously unavailable area. It's a technique that works wonderfully to create a sense of space: you're not jumping and slashing your way through level after level, but actually exploring a massive labyrinthe castle.

It's an extraordinarily well-designed game, with level designs whose genius only becomes obvious as the game progresses. It's the best kind of videogame, in that it constantly impresses and surprises the player as it goes on, rather than fire off all its neat ideas at once and then drag on for hours afterwards.

Visually it's very attractive, with wonderfully intricate gothic touches. The 2D graphics give the thing a deliberately old-fashioned feel. I'm not surprised that the game tanked upon its American release: it's a bit too subtle and 'retro' to compete with the likes of Final Fantasy VII or Tekken. Its look owes much to artist Ayami Kojima: this was her first videogame, and she provided art design for another seven Castlevania sequels between 1997 and 2010.

The game is maddeningly difficult to secure in an English language edition due to poor sales at the time in both the USA and the UK. It is, however, available as a downloaded Xbox Live title, and comes strongly recommended.
Posted by Grant at 9:25 AM