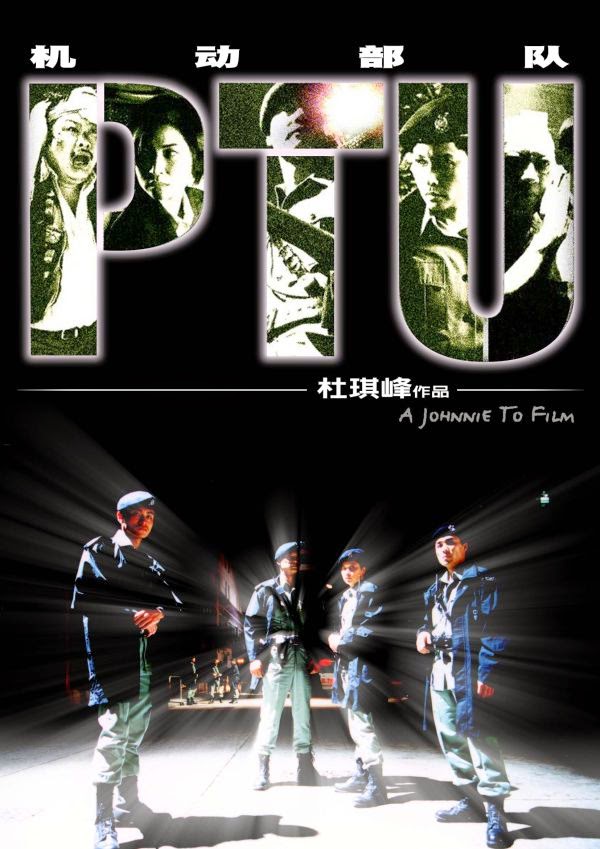 A police detective slips and knocks himself unconscious while pursuing a gang of young hoodlums. When he wakes up, his handgun is missing. Over one tense night, the local police tactical unit (PTU) uses every means at their disposal – both authorised and illegal – to recover the weapon before its loss must be reported.

PTU is a short, tightly made police thriller directed by Johnnie To, a man I believe to be the most talented director working in Hong Kong today. While it fails to reach the heights of To’s best works – Election, Exiled, Sparrow, and so on – it is nonetheless a captivating and memorable experience. Like many of To’s films PTU cleverly balances comedy and drama. He has a particularly odd, slightly off-kilter sense of humour that filters through many of his films. The humour has a way of sneaking up on the viewer and catching them off guard. At the same time some scenes of police brutality in this film are quite difficult to sit through, partly because of the confronting forms of violence but mainly because it’s so believable.

Johnnie To has a tendency to re-use actors a lot – he has a group of performers who seem to recur throughout his films, often in highly similar roles. In PTU he notably uses Simon Yam as PTU lead sergeant Mike Ho and Lam Suet as Sergeant Lo Sa, the police detective who has lost his gun. Yam is an intimidating figure as Sgt Ho. The ease at which he moves from stern, by-the-book commanding officer to a frightening assailant hitting a powerless triad member in the face until he gets what he wants is very confronting to watch. To resists any temptation to glamourize the film’s violence – another scene of police brutality goes a long way to show just how far things can go wrong when you don’t play by the law.

Lam Suet so regularly plays likeable characters, often for comic relief purposes, that it was a bit of a surprise to see him so completely unlikeable as Lo Sa. The lengths he goes to in order to avoid admitting he has lost his firearm speak volumes about his character. He acts as the centre of a storm of cock-ups in this movie, with each mistake or oversight leading to another problem, which is deflected with another mistake, and then another oversight, culminating in the film’s climactic suburban shoot-out. 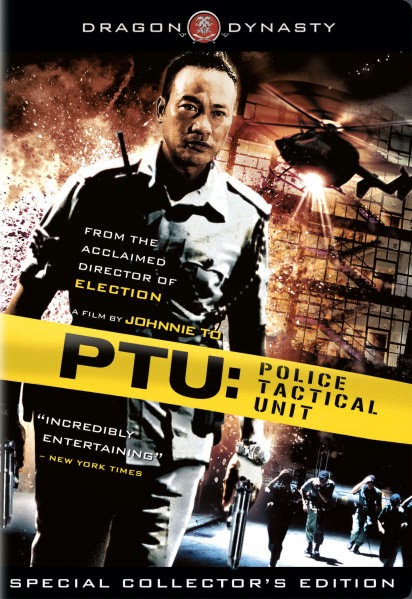 PTU was very popular in Hong Kong, not only winning Johnnie To a Best Director prize at the Hong Kong Film Awards but also leading to a series of direct-to-DVD sequels based around the South Kowloon PTU and CID divisions. Based on what I’ve seen here, I’m very keen to check them out.

As a completely odd and final aside, American viewers of PTU must be very surprised by its contents given that its Region 1 cover – designed by the Weinstein Company’s Dragon Dynasty label – features an exploding skyscraper and a helicopter. Neither of these elements appear in the actual film.
Posted by Grant at 7:20 AM