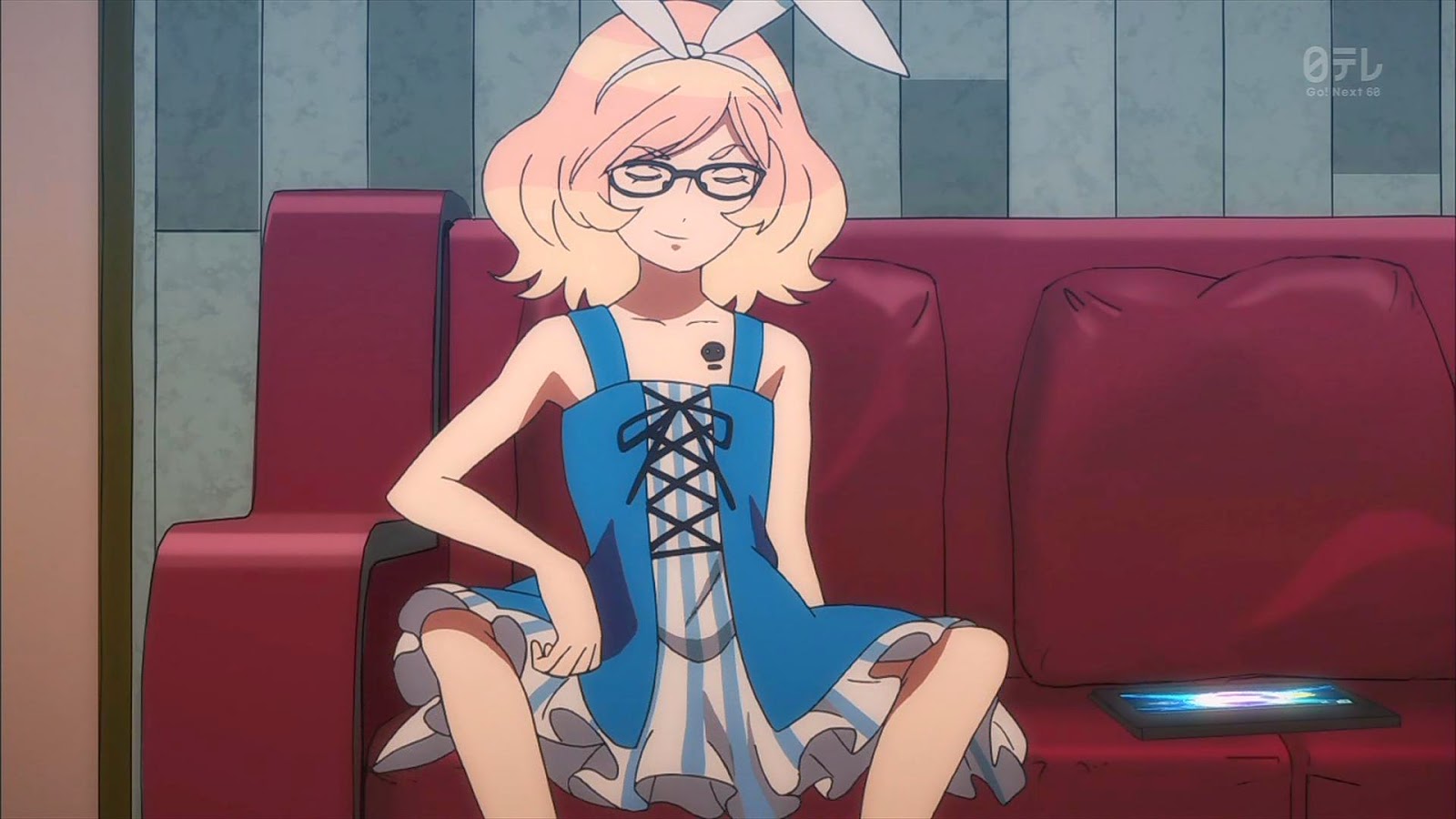 After a prolonged break (I honestly don't intentionally watch anime episodes months apart from one another) I returned to watch the third episode of Gatchaman Crowds. This is a maddeningly strange anime to get a handle on: the first episode was all about transformation sequences and fights against aliens, the second was all about domestic comedy and collage clubs, and now the third is largely dedicated to crowd-sourcing as an alternative to superheroes.

The bulk of the episode is focused on Rui Ninomiya, a quiet and elusive young transsexual who invented the GALAX social network that has taken Japan by storm. The episode doesn't make it entirely clear whether Rui is a transvestite man or if she is identifying as female. I'm leaning towards the latter, but to be honest it's only the Wikipedia entry on the series that made it clear that she was transsexual at all. This actually resonates a little with the original Science Ninja Team Gatchaman, since that series' villain Berg (Zoltar in the American Battle of the Planets dub) was a hermaphrodite. Non-binary gender identity is clearly a running theme for the franchise.

This is a really solid episode, particularly a lengthy sequence mid-way through in which GALAX is used to get high schools across Tachikawa to prevent the distribution of contaminated milk. It shows that Rui's crowd-sourced heroism plan seems to actually be a viable strategy.

Meanwhile the body-snatching MESS of the first two episodes is no longer a threat, with the remaining MESS following Hajime around like a sort of incorporeal alien puppy. Meanwhile Joe has his hands full with a mysterious smiling alien who seems capable of taking on other people's appearances by kissing them, and then using that form to go on a violent killing rampage. How GALAX, the kissing alien spree killer and MESS tie together is anyone's guess. As I said, it's maddeningly strange.

I'm enjoying this series, even if I'm not entirely understanding it. So far two of three episodes have been good, giving Gatchaman Crowds a running score of 67%. I'd better get my skates on with watching the rest, since a second season is due some time in 2014.
Posted by Grant at 9:19 AM