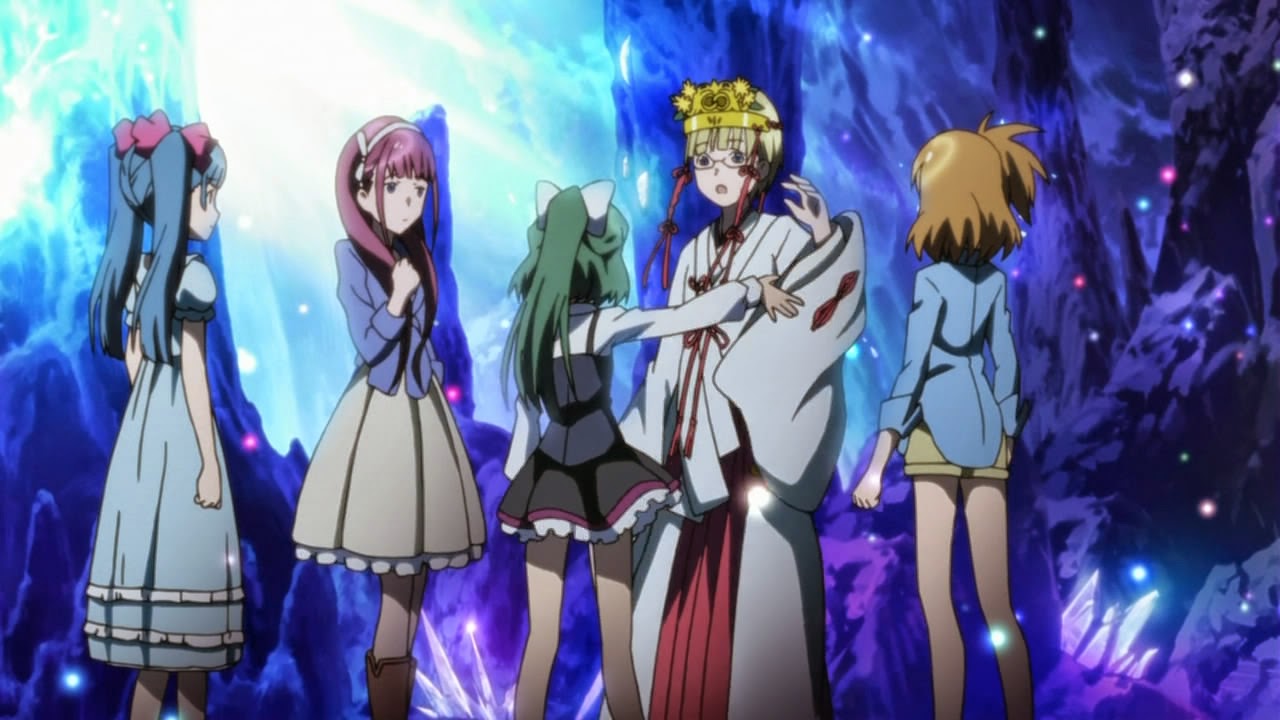 With rising demand for AKB concerts the decision is made to re-instate an understudy program, launching Chieri forward and far beyond her comfort zone. When her fellow trainees discover that she is actually the daughter of the man whose corporate build anti-AKB munitions for the DES, she feels compelled to abandon her dream and leave. Meanwhile, Minami and Yuko secretly follow Tsubasa to a meeting with Sensei Sensei - with unexpected and, for Minami, unwanted results.

This episode spends much of its running coasting along on another story of a trainee (in this case Chieri) suffering a crisis of confidence, and her friends stepping in to reassure her and build her self-esteem up again. It's enjoyable enough stuff, although after a near-identical episode with Orine going through the same emotional process it does feel a little formulaic. Then we suddenly get to the secret magical garden underneath the concert stadium where glowing Pokemon-like creatures project psychic visions of which trainees deserve promotions. After that, the episode returns to the sort of weird every-anime-at-once mashup that attracted me to AKB0048 in the first place.

There is something genuinely odd about a bunch of teenage girls following their manager down a corridor to see what their boss actually looks like, only to have their manager run out scolding them for their curiosity while wearing weird cult robes and paraphrenalia. The fact that business decisions appear to be dictated by squeaky-voiced floating animals only makes the scene stranger. I love it: it's so weird that you'd only find this kind of stuff in an anime. It's why I like it so much as a medium.

Chieri's plotline, while a little bit cliched, does allow for some welcome character development. She's been a fairly dour and unfriendly character since the series began, and this episode went a long way towards opening her up and humanising her a little.

I really enjoyed this episode, particularly it's bug-eyed climactic segue. That leaves AKB0048 with five good episodes out of seven, or 71%. Good stuff.
Posted by Grant at 10:26 AM