The Angriest: March 2018 in review 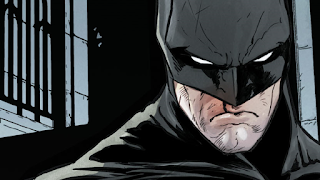 Comic book reviews of Songs for the Dead, Batman, Aquaman and a bunch of others wound up being the most popular post on The Angriest this past month. Other popular posts included reviews of the Star Trek: Voyager episode "Resistance" and the Star Trek: The Next Generation episode "Emergence". This was also the month when The Angriest finally racked up 1,000,000 hits since this version launched; thanks for reading! Over at FictionMachine, the most popular reviews were unsurprisingly of Ready Player One, Thor: Ragnarok and (maybe a little surprisingly) The Hitchhiker's Guide to the Galaxy.

Altogether in March 2018, I posted one film essay, seven reviews of new films, 12 reviews of older films, eight TV episode reviews, and mini-reviews of 66 comic books. A complete index to March's posts is included below.