The Angriest: March 2016 in review 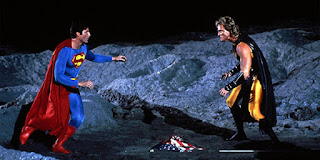 The most popular review of the month was, rather surprisingly, Superman IV: The Quest for Peace. Starting in February I reviewed the Superman movie series from the 1978 Richard Donner-directed Superman: The Movie, as a lead-up to this month's Batman v Superman: Dawn of Justice. I had no idea that the most popular review of the set was going to be the one focused on by far the worst film. Other popular reviews were the surprisingly great medieval action film Last Knights, the unsurprisingly mediocre Spectre, and the first episode of the Canadian science fiction series Dark Matter.

A full index of March posts is included below.