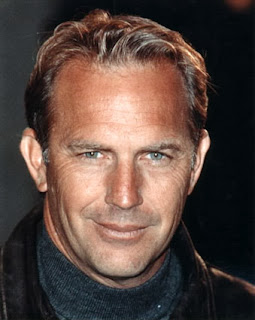 Kevin Costner's had an odd sort of career. He took quite a few years before he hit the big time, and for a while in the early 1990s was one of America's most famous and commercially successful movie stars. Films such as Robin Hood: Prince of Thieves and The Bodyguard were commercial hits while being perhaps less well received critically. In 1995 Costner starred in the sci-fi action film Waterworld, which got ridiculed in the press for its out-of-control budget before underperforming in cinemas. After that his career kind of went into a bit of a freefall: costly misfires like The Postman made him seem pretentious and arrogant, and while he's never stopped working it's been harder and harder for him to find a keen audience.

Thankfully he seems to be undergoing a bit of a resurgence in popularity. He had a showy supporting role in this year's Man of Steel, and his performance in the stellar 2012 miniseries Hatfields & McCoys earned him both an Emmy and a Golden Globe. Early next year he co-stars in Jack Ryan: Shadow Recruit before appearing in an additional four features films before the year is out.

I've always liked Costner as an actor and indeed as a producer and director: these are my five favourite performances by who I consider to be America's most underrated male actor.

No Way Out (1987)
In this excellent and tightly-wound thriller, Costner plays a US naval officer caught, Philip K. Dick style, in an impossible situation where he is tasked with investigating a murder where he already knows every piece of evidence he can find will incriminate himself - despite being innocent. The supporting cast includes Will Patton and Gene Hackman, and the film is directed by New Zealand's Roger Donaldson. It's an absolute gem, and sadly seems to be getting more obscure every year.

JFK (1991)
Costner plays district attorney Jim Garrison in this epic three-hour film dissecting and theorising over the 1963 assassination of John F. Kennedy. Oliver Stone's screenplay and direction threaten to transform the film into an overly complicated, conspiracy theory-laden screed, however it's Costner who gives the film a firm moral centre and, more importantly, a heart. This is a fantastic, passionate feature film with an all-star cast and really beautiful direction: check how Stone has lights constantly reflect off Garrison's glasses throughout the film, right up until he meets with his military informant (Donald Sutherland). For the rest of the film Garrison's glasses - and his eyes - are clear.

A Perfect World (1993)
Right at the peak of his popularity Costner was bold enough to risk it all with this strong performance in Clint Eastwood's dark road movie. At the centre of the film is the friendship that builds between Costner's character, escaped convict Butch Haynes, and his kidnapped prisoner, eight year-old Philip Perry (T.J. Lowther). They go on the road, with the Texas Rangers (Clint Eastwood and Bradley Whitford) hot on their trail. This is a very bold, courageous performance by Costner, and one of Eastwood's best films.

Thirteen Days (2000)
In 2000 Costner re-teamed with Roger Donaldson to co-star in this film about the Cuban Missile Crisis. Costner plays Special Assistant to the President Kenneth O'Donnell in a slickly-played supporting capacity to the film's real star: Bruce Greenwood as John F. Kennedy. This film works remarkably well as a companion piece to JFK, and is a really well performed and directed historical drama. Steven Culp is also very good as Attorney General Robert Kennedy.

Open Range (2003)
It seems like everybody has seen Dances with Wolves, Costner's Oscar-winning directorial debut, and most have seen (and hated) his widely criticised follow-up The Postman. Hardly anyone seems to have seen his third film, 2003's Open Range. This is a pity, because it's one of the best westerns of the past 30 years. Costner is in a supporting role here, sharing the limelight with Robert Duvall and Annette Bening. It's a very different sort of western, forgoing the dusty plains that usually accompany the genre in favour of a rain-soaked, far greener vision. It really stands out as a result.
Posted by Grant at 10:41 AM