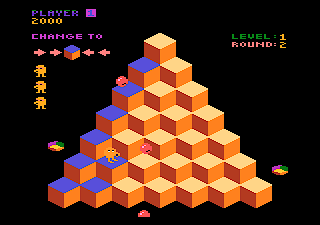 There is a purity to early videogames that ensures their continued popularity, either on a small-scale level of cult appeal, or with a much larger pop culture cache. These games were programmed on computers that are by today’s standards ridiculously limited, yet the limitations provided a structure within which some of the most enjoyable gaming experiences ever were successfully created.
This isn’t an attempt to claim that all early videogames are enjoyable. Truth be told, a lot of them are dreadful – either dull retreads and ripoffs of other more successful titles, or quite simply straight-out bad games.
When all of the elements are well designed, and one of these early titles has a unique and iconic look, memorable and original gameplay, and challenging and interesting design, then generally that game is going to be remembered and re-played for years to come.
I have a lot of favourites from the early days of videogames: Frogger, Galaga and Ms Pac-Man immediately come to mind. Another favourite is Q*Bert, a strange-looking but wonderfully addictive American arcade game from 1982.

Email ThisBlogThis!Share to TwitterShare to FacebookShare to Pinterest
Labels: making of, USA, videogames