In these occasional columns, I’m going to pick an actor I like and recommend five of their films to you. They might be a major star; they might be a supporting player. I’m starting with one of those exceptional supporting performers: American actor David Morse. 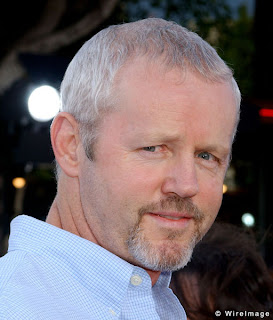 There’s something distinctly watchable about David Morse. I’m not entirely sure what it is. He is one of those actors who seems to effortlessly capture my attention when he’s on-screen. He doesn’t steal scenes. He’s never showy. He very rarely gets the opportunity to play a lead role. Instead he’s one of those immensely strong, wonderfully talented supporting actors who lifts the quality of any film or television episode he’s in.
I think I first noticed him in Michael Bay’s 1996 action film The Rock, where he plays second-in-command to Ed Harris. After that he just seemed to crop up everywhere, impressing me each time – not by playing a striking, unique character, but simply by doing an exceptional job of playing interesting yet everyday people. That’s a hard thing to do, playing an everyday person. Leonardo Di Caprio (whom I admire immensely) tried it and failed miserably in Titanic. David Morse nails that kind of character every time.
The Rock (1996)
Morse plays Major Tom Baxter, second-in-command to Ed Harris’ General Hummel during the General’s forced takeover of Alcatraz Island. The Rock is a ridiculous, over-the-top amusement park ride, full of Michael Bay’s trademark wide-angle photography and excessively “epic” look. While Nicolas Cage and Sean Connery tend to over-play their roles to suit the screenplay and the direction, Morse and Harris oddly (and impressively) take their characters in the opposite direction. It creates an odd action film where the villain and his henchman are more sensitively portrayed and interesting to watch than the heroes. Contact (1997)
At first it might seem David Morse has too small a part to play in Contact – playing father to Jodie Foster’s Eleanor Arroway in a few early flashbacks. His character defines her character, however, making his presence in the film more important than anyone else bar the protagonist. Morse also gets one other scene, quite late in the film, which I will not elaborate upon in case you haven’t seen the film. It’s an appearance that is not only surprising, but unexpectedly satisfying – and much, much more interesting than the less impressive or original climax many science fiction fans seemed to be looking for at the time. I adore Contact: I think it’s one of 1997’s absolute best films.
The Green Mile (1999)
First and foremost, it must be noted that The Green Mile is overly long. So long, in fact, that when Tom Hanks hit his final line of dialogue at the 181 minute mark – ‘Some days, the Green Mile seems so long…’ – I spontaneously broke into raucous laughter in the cinema. I got mean looks from fellow viewers about that. Despite its length, however, there’s some wonderful filmmaking and acting going on here. I underappreciated The Green Mile in 1999, partly because it was surrounded by better movies that year (Fight Club, American Beauty, The Insider, The Matrix, take your pick) and partly because it seemed a rehash by director Frank Darabont of work in his superior, earlier film The Shawshank Redemption. Despite its length, it turns out to be a good film. Morse gives a classic sort of supporting performance here, in the sort of part that has helped defined his career.
Dancer in the Dark (2000) 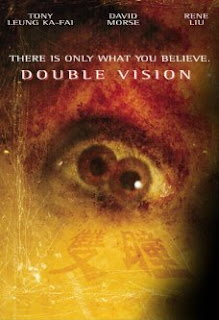 This is a weird choice, because I positively loathe Dancer in the Dark. It’s a musical, except the songs aren’t particularly good (many are actively tedious to hear) and the visual aesthetic has a sort of cheap, videotaped look to it that makes it as hard on the eye as it is on the ear. The film does have an unexpectedly strong performance by pop star Bjork in the lead role, and a ruthlessly upsetting climax. It also has David Morse in a very strong performance as Bill Houston, a local policeman. You’ll love or hate Dancer in the Dark once you’ve seen it, but you won’t forget it. It’s the only film ever reviewed in the history of Australian critics David Stratton and Margaret Pomeranz where Margaret gave the film five stars and David gave it none. I lean towards David’s point of view, but have good friends whose tastes I respect who would lean positively to Margaret.
Double Vision (2002)
Morse became the first non-Asian actor to ever receive a Golden Horse nomination for this film, a Chinese language thriller produced in Taiwan and co-starring the immensely talented Tony Leung Ka-Fai. It’s also one of the rare occasions where I’ve seen Morse play one of the lead roles, in this case an American FBI agent sent to Taiwan to help track down a serial killer.
Posted by Grant at 11:18 AM