Star Trek: The Next Generation: "Loud as a Whisper" 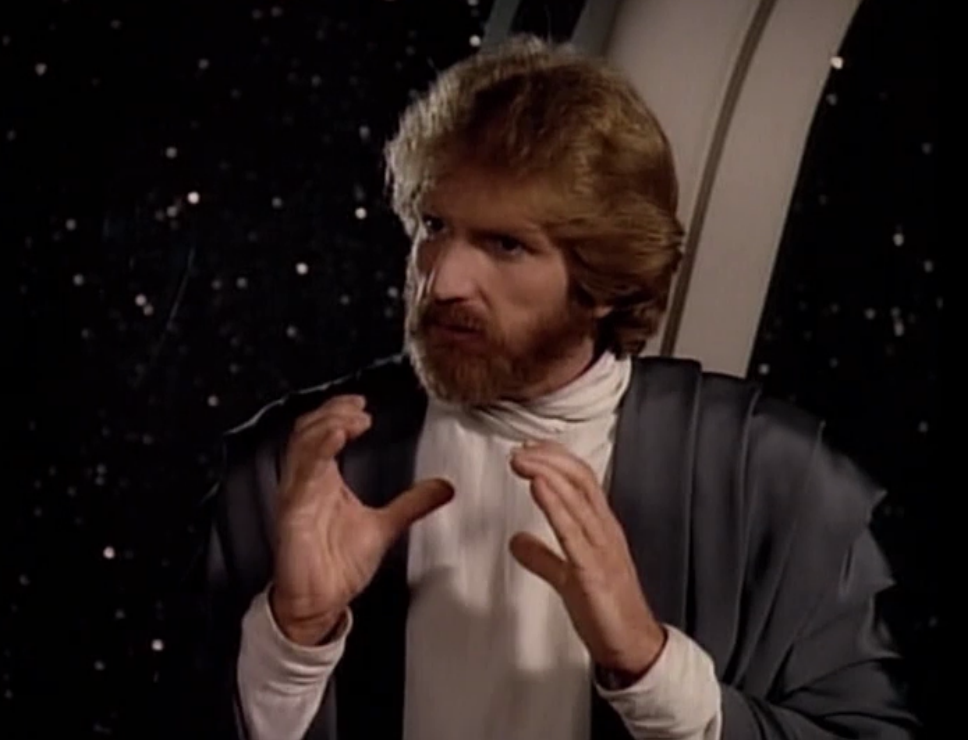 If something is made for a noble reason, and produced with the best of intentions, but still winds up feeling simplistic and on-the-nose, should we cut it a break? Or should we strictly stick to how an episode is executed? "Loud as a Whisper" is a difficult episode to review, because I applaud its intentions so deeply yet can't deny it's a pretty awful piece of television.

The Enterprise arrives at a planet to collect Riva, a celebrated Federation negotiator, in order to take him to settle a violent civil war on Solais V. The Enterprise crew are surprised to learn that Riva is profoundly deaf, and communicates via three telepathic translators. When all three translators are murdered in a disastrous first meeting on Solais V, Riva must find a way to recover from the emotional blow and learn a new way to communicate.

Guest star Howie Seago is, like Riva, deaf. He proposed an episode about a deaf character directly to The Next Generation's producers, and they happily took the project on. This was a great thing - deaf characters rarely get to be seen on television, and "Loud as a Whisper" does seem like a great idea on paper. That's the problem, however, it seems good on paper.

The truth is that the episode is written in such a trite and obvious fashion that it's hard not to see it as some kind of hideous "message" episode ("Tonight, on a very special Blossom..." and so on). Scenes that should be emotional just come across as hopelessly simplistic. I feel badly for Marina Sirtis; she was dumped with a dreadful episode in the seadon premiere and here she is again, stuck with some painful scenes of flirting and then some equally awful scenes trying to console a griefstricken Riva.

The translators never get more than the briefest introduction before being laughably obliterated by a single phaser bolt. Their death's like something out of Tim Burton's Mars Attacks movie. Similarly the warring alien factions get a cursory introduction only - we never really feel the emotional stakes because we're never given enough with which to engage.

I really do appreciate the intent behind this episode, but intent only gets you so far. In this case it's not nearly far enough. Five episodes into Season 2, and the quality ratio is a frankly shocking 20% - one good episode ("Elementary, Dear Data") out of five.
Posted by Grant at 9:11 AM