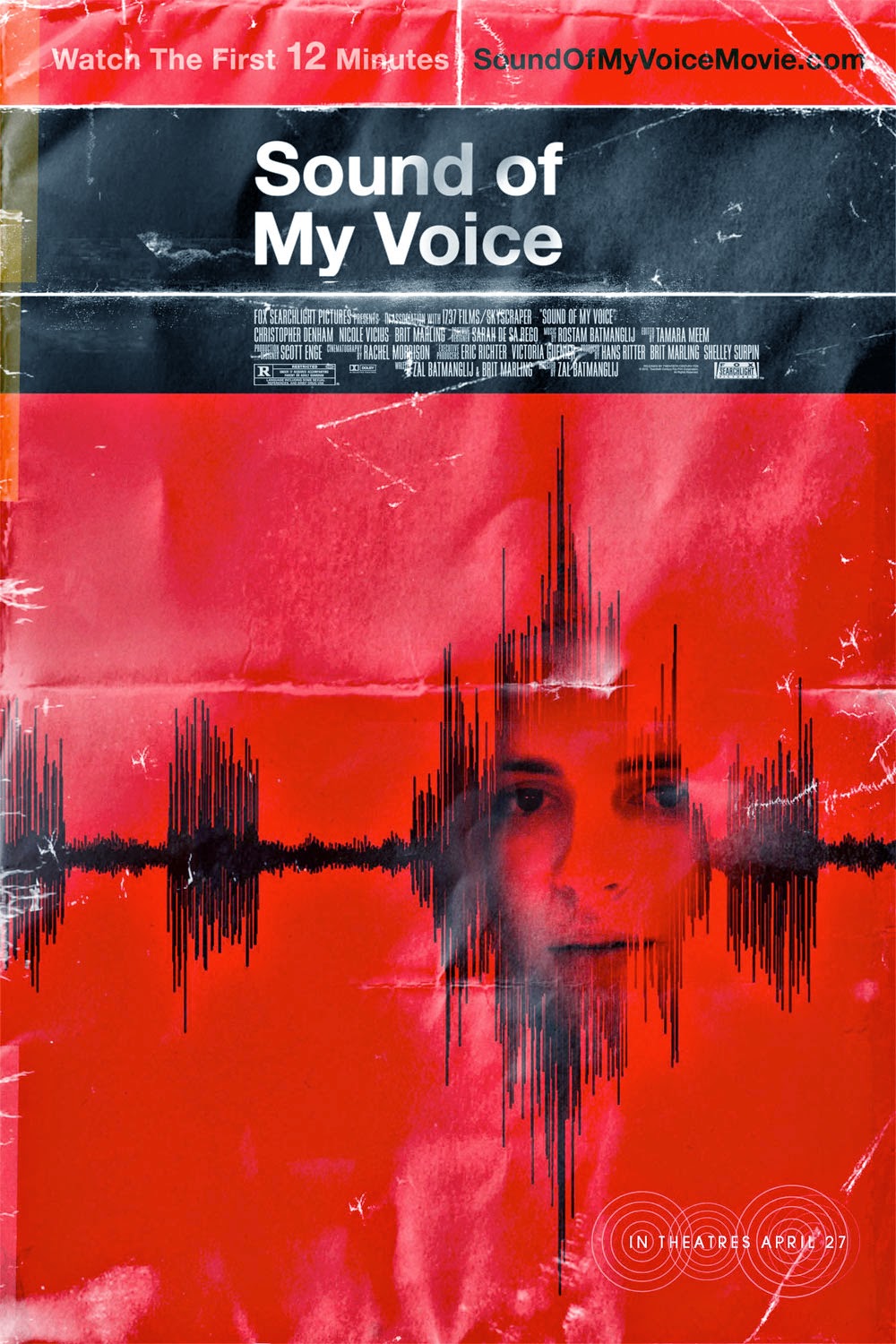 Two aspiring filmmakers, Peter and Lorna, infiltrate a Los Angeles cult whose leader - a mysterious woman named Maggie - claims to be from the future. They enter Maggie's circle because they want to expose her as a fraud, but as the days roll on allegiances are tested and one or both of them may be starting to have doubts.

Sound of my Voice is the kind of film that I'm really getting into at the moment. There is a whole generation of low budget filmmakers in America at the moment, creating tense, creepy horror movies and thrillers. They're generally pretty short, pack a strong punch and show twice the inventiveness you'd see in the equivalent studio picture. After all, they've little money for spectacle; all the thrills they generate have to come from the actors and the script. Sound of my Voice is directed by Zal Batmanglij, who also co-wrote the screenplay with star Brit Manning.

It's a very creepy movie, but it's an insidious sort of creepy that starts picking away at the sides. I'm fascinated by cults, and how people are lured into joining them, and Sound of my Voice does a very good job of showing just how easily people can be sucked in - even if their original goal is to expose them.

Manning is great as Maggie, the disturbingly charismatic and convincing cult leader who claims she has travelled back in time from the mid-21st century to save a group of humans from the coming apocalypse. Equally strong are Christopher Denham as Peter, a substitute teacher and deliberately arrogant hipster, and Nicole Vicius as his girlfriend and fellow filmmaker Lorna. I had a lot of sympathy for Lorna, and in many respects I think Vicius had the most difficult job of the three in terms of performance. She succeeds marvellously.

Because the film is so short (85 minutes including credits) I'm loathe to interrogate the plot too closely. Suffice to say that it's sparse, clever and surprising. It doesn't spend much of its time explaining things or giving them a backstory. By the film's end I had a lot of questions, and no answers. This is deliberate, and reminded me a lot of Primer, Shane Carruth's exceptional science fiction thriller that is to me the high water mark of this kind of ultra low-budget genre filmmaking. The ambiguity lets Sound of my Voice linger in the mind: what did it all mean? What the hell did I just watch?
Posted by Grant at 9:16 AM