Game of Thrones and its uncertain future 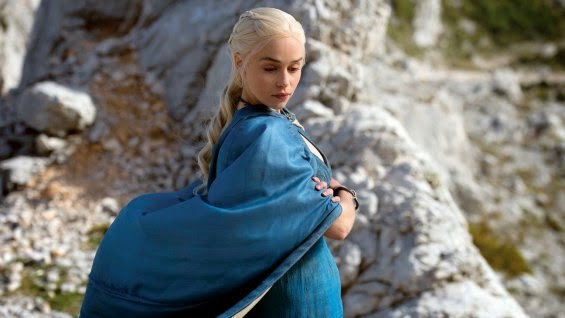 Overnight HBO confirmed that they had given the go-ahead to not one but two more seasons of Game of Thrones, guaranteeing that the sprawling fantasy epic would continue on television until at least 2016 - and presumably even further, if viewing figures are any indication. The Season 4 premiere, which aired on the weekend, broke all records for the series and suggests that this particular pop culture juggernaut is only getting more popular with time.

This does cause a problem, however, and it's one a lot of Thrones fans foresaw back when the series was initially put into production. Author George R.R. Martin, whose Song of Ice and Fire novels form the basis for the show, is a meticulous but comparatively slow author. There was five years between the third novel (currently being adapted as part of Season 4) and the fourth, and another six years between the fifth and the sixth - which was published back in 2011. There are two more novels planned in the saga with no release date scheduled for either book.

Now I absolutely think Martin should take as long as he needs to complete these books. They are, after all, his books, and the series as a whole constitutes his masterwork. It's unlikely he will ever produce something this popular, lengthy or significant again. On the other hand, HBO is a commercial business and aren't likely to suspend or slow down their ratings smash hit because the series is overtaking the books. What's a production to do?

This isn't a problem unique to Game of Thrones. In Japan, for example, it's comparatively commonplace. Popular manga serials will regularly lead to anime adaptations, and those adaptations more often than not overtake their source material and need to make up new storylines for themselves. It's therefore not inconceivable that this is the route Thrones will take: adapt Martin as far as they can, and then work out the most satisfying conclusion for themselves.

Now Martin has informed executive producers D.B. Weiss and David Benioff of what is intended to happen to each of the central characters by the end of the final novel, but this doesn't necessarily guarantee that sticking to that outline will ensure an accurate adaptation. Authors change their minds. Things that seem appropriate in an outline often wind up not working in the final text. There's also the question of whether or not the TV series should move ahead of the books. For a generation of readers who have stuck loyally to Martin's protracted publishing schedule, having the end spoiled by a TV spin-off seems almost insulting.

So what are the options, and which one are Weiss, Benioff and HBO likely to take?

1. Overtake the books using Martin's outline.
This option keeps the momentum going on the series, but does seem likely to upset fans of the novels as well as Bantam Books who have been patiently publishing the novels since the 1990s. There's also the problem that fans might not perceive the later seasons as 'genuine' Game of Thrones.

2. Overtake the books and just make stuff up.
If fans are annoyed at the prospect of option #1 they'd likely riot at the thought of option #2. That said, they're all stunningly talented writers on Game of Thrones - I suspect whatever they came up with, it would be satisfying and immensely entertaining. It would also leave us in an odd situation where the saga effectively has two different endings. That might be fun, sort of like having your cake and eating it too.

3. Suspend the TV series.
An option fraught with problems. The younger members of the cast aren't getting any younger. Momentum is lost. Viewers that drift away in the hiatus might not come back in sufficient numbers. On the other hand, the series in the long term will remain a strong adaptation of the novels and of all the options this would probably result in the strongest possible series as a whole.

4. Stall.
Books 4 and 5 have more than 1,800 pages of fiction between them. That's a lot of material to adapt, and it's conceivable that - at 10 episodes a year - Game of Thrones could take every opportunity to slow down and stall for time while Martin writes his novels. The upside of this option is that the show keeps coming out, and therefore doesn't give audiences an easy chance to forget about it or drift away. The downside is that it could easily make the series very boring to watch. I personally suspect that the minute viewers feel the series is treading water they'll abandon it in droves. It also begs the question of how many seasons Game of Thrones is likely to run: most US television dramas wrap up within seven years. Certainly True Blood, which I think is HBO's longest-running drama, ends this year after seven seasons. If there's one rule in US television, it's that TV dramas get more expensive as they get older. A 10th year of Game of Thrones may be too expensive to make.

I have no idea what option the series is likely to take. I think any direction Weiss and Benioff head in will result in some benefits and some drawbacks. Barring Martin making an unexpected announcement that his final two novels have been finished early, they've got quite a challenge on their hands.
Posted by Grant at 9:08 AM