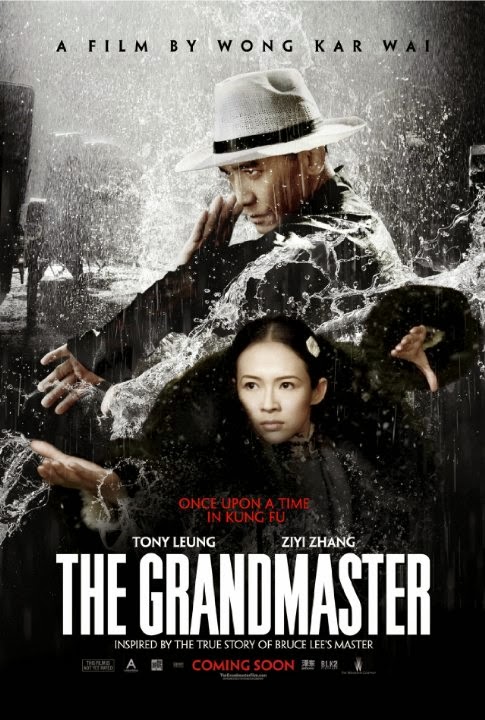 What is it that Wong Kar Wai has to do, precisely, to score an Academy Award nomination? His martial arts film The Grandmaster was Hong Kong's official selection for the Best Foreign Picture category, and indeed it was one of the nine short-listed films. When the nominations were announced earlier this morning, however, it was conspicuously absent. Wong has never been nominated, not for Best Director, not for Best Foreign Picture.

Part of the problem is the labyrinthine manner in which the Academy of Motion Picture Arts and Sciences (AMPAS) runs the Best Foreign Picture category. Each country's nominated film authority is tasked with selecting one feature to represent their nation, and the film has to have been released theatrically in its home country not in the immediate past calendar year - as is the case with the main Oscar categories - but between the start of October two years previously and the end of September in the immediate past calendar year. Once each country has submitted its film, a special AMPAS committee reviews them and selects a short-list. AMPAS members who attend special film screenings can then nominate from that short-list and subsequently vote for the winner. You're not allowed to watch the films on screener DVDs - you have to attend an official AMPAS theatrical screening to be qualified to vote.

No wonder the Foreign Picture category is always so weird. For your film to make the grade you have to run not one gauntlet of power-brokers and invested interests but two. If you're a contentious figure in your home country, good luck to you in getting anywhere. If you lack profile in the USA film community, good luck in you getting anywhere. Plus of course only one film can be submitted in each country: if, say, Italy produces the two greatest non-English language films of the year, only one of them is going to have a shot at winning an Oscar. So if you're the second-greatest director in your homeland, well... good luck in you getting anywhere.

It is important to keep a sense of perspective about the Oscars. They're very well marketed - well, they're from Hollywood, they would be - and as a result carry a sense that they're somehow the official word on what the best films, actors, director, et cetera, are each year. Naturally they're nothing of the sort. They're essentially the collective opinion of between 5,000 and 6,500 film professionals: mainly American, overwhelmingly white, mostly male and typically fairly elderly. Before he passed away Ernest Borgnine was cited as the most typical Academy voter, for example. They're hardly the most authoritive word on film quality though, unless you actually believe that Driving Miss Daisy was a better film than Crimes and Misdemeanors or My Left Foot, or that Forrest Gump a better film than Pulp Fiction, Quiz Show or The Shawshank Redemption.

The Oscars are fun because they're a horse race that movie fans can get excited about, and no one's going to get euthanased for slipping and falling at the final furlong (although there have been occasional career suicides - it's broadly accepted that Sean Astin's aggressive personal campaigning cost him a 2003 Best Supporting Actor nod for The Return of the King). The Oscars only become a danger when we - film fans, observers, industry people - start taking them to mean more than what they are. Like all awards, the ultimate winners are the studios marketing all of the films anyway.

Wong shouldn't feel too bad - in fact I suspect he won't be losing any sleep over 5,000 elderly white male Americans overlooking his movie. He actually stands in pretty reasonable company: Yasujiro Ozu, Kenji Mizoguchi, Jean-Luc Godard, Claude Chabrol, Luchino Visconti and Andrei Tarkovsky all managed long and critically acclaimed careers without any of their films receiving a Best Foreign Picture nomination. Maybe there's a lesson in that. Maybe the Academy don't know what they're talking about.
Posted by Grant at 9:49 AM