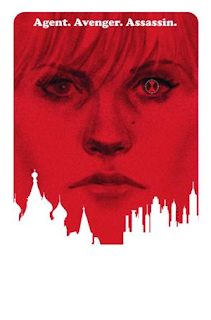 Hot on the heels of their "Marvel Now" soft relaunch, Marvel are now diving headlong into "All-New Marvel Now", which does seem to confirm what I've suspected for some time: Marvel Comics is in a continuous state of relaunch. Books are regularly getting reworked and rebooted, and the numbering gets reset on a near-annual basis.

This past week saw the debut of Marvel's second attempt at an ongoing Black Widow comic. The first lastest eight issues, but since then the character has co-starred in one of the most popular motion pictures of all time so I guess it's worth them giving her another shot.

Black Widow #1 is written by Nathan Edmondson with art by Phil Noto. It features the titular Russian assassin on personal missions in-between her adventures with the Avengers. First up it's worth noting that Noto's artwork is sensational. It presents a more grounded and realistic look than the typical Marvel comic book, and that's a good way to present what is basically a non-superheroic espionage book. Noto's simple cover is remarkably effective as well, allowing Black Widow to really stand out on the comic shop shelf.

Edmondson's script is a stand-alone story, which is something I'm appreciating more and more these days. It's tightly plotted and the characters are all believable. The one thing is seems to lack is any real sense of originality. A by-the-numbers spy/assassin story only takes you so far, and based on this issue there's not really enough to Black Widow to make it a must-read. It's nice to see Marvel give yet another female hero a shot at a solo book, but unless the stories pick up significantly I don't see this book surviving past its first year. (3/5)

Greg Pak's run on Action Comics continues to entertain with straight-forward writing and plotting, engaging characters and strong art by Aaron Kuder (with Silva and Hawthorne). It's refreshing to see DC produce such a normal Superman comic for a change - I was worried things were getting irreperably grim and gritty. It's also nice to see Lana Lang get such a strong showing, as she teams up with Superman to investigate strange underground monsters. (3/5)

In a "Gothtopia" tie-in (see Detective Comics, below) Luke Fox comes to realise that the apparently-perfect and crime-free Gotham City may not be entirely what it seems. I read this after Detective Comics, which sadly made this entire issue redundant as it told me very little that I didn't get from Detective. On the plus side I wasn't actively irritated by Luke Fox for once, but this still strikes me as one of the most redundant and unnecessary books that DC publishes. (2/5)

Any fears that this miniseries marked the end of the Ultimate Universe are pretty much unfounded, as this issue makes it pretty clear that Marvel are just re-arranging things for a line-wide relaunch in a few months. This is actually a relief, because I'm a big fan of what Bendis has achieved with the character and would be pretty gutted to see him go. This issue is pretty great, apart from the bit at the very end where it turns out I need to start reading a different comic to learn what actually happens in the end. I really hate when that happens. (4/5)

Misty Knight and Daredevil's mission to rescue a witness from a South American gangster hits its conclusion here, and does this weird portanteau miniseries. While this has been a reasonably entertaining and breezy final story, I don't think the book quite recaptured the quality of its initial snow-bound three-parter. Thony Silas' artwork is good, however, and it has to be said that Daredevil and Knight do make a pretty solid super-team. I'd be happy to see them reunited in a future miniseries or story arc. (3/5)

DC Comics are really falling in love with the $7.99 extended issues for their Batman books. Here we are again, this time nominally celebrating the 75th anniversary of the character as well as commemorating the character's debut in the original Detective Comics #27 back in 1939. Buried in the middle is the first instalment of the "Gothtopia" crossover arc, in which all crime in Gotham has been solved and all of the heroes have different identities - or do they? It's reasonably good stuff but not exceptional. The remainder of the short stories included here range from the reasonable to the decidedly weird, but all up it's entertaining without being exceptional. And rather expensive. I'm not sure I approve. (3/5)

I've been sticking with FBP for the past seven months, and have watched it turn from a promising book to an outstanding one. This is really great stuff, fitting very comfortable into the DC Vertigo that produced The Losers and 100 Bullets while introducing its own elements of near-future science fiction. I was also surprised that what I assumed what the second story arc last issue has turned out to be a rather neat and tightly written two-parter, setting the series up very nicely for the long run. Robbi Rodriguez's expressive art is excellent as always. (4/5)

I think this might be my favourite issue of Manifest Destiny so far. Lewis and Clark's expedition is trapped in a fort, surrounded by minotaurs and locked in with what can only be described as 'plant zombies'. This is great historical fantasy and horror, and is illustrated in sterling fashion. At the three issue mark I think I can safely say I am into this comic for the long haul. It's typical of the inventive, high quality stuff Image seems to be publishing these days. (5/5)

It's a bittersweet experience reading this issue, because we now know that in 2015 the Star Wars license will be shifting from Dark Horse (where it's been for the past 24 years) to Marvel. The shift makes financial sense for Disney, who own both Marvel and Star Wars, but its a potential tragedy for Star Wars fans, since the stuff Dark Horse is publishing at the moment is about as good as they've ever done. Case in point: this issue, in which Darth Vader goes on the warpath after the Rebellion successfully inserts and extracts a mole on an Imperial Star Destroyer. Brian Wood writes a fantastic Vader here: terrifying and ruthless in public, wracked in turn by guilt and denial in private. This is, for me, the best issue Wood has written. It's sensational. (5/5)

The three Helot slaves have reached the border, but their escape is complicated by an unexpected encounter. I actually thought this was a four issue series, and so was a little surprised to discover this issue ends on a cliffhanger. So it actually ends next month. This is a good thing, because the pace has worked really well and an ending here would have felt truncated. Three has been an outstanding miniseries to date, not only challenging Frank Miller's awful 300 but providing a fascinating glimpse into the Spartan culture - and their effect on their neighbours. Once collected together it's going to be a must-buy. (5/5)

With this issue Young Avengers comes to a rather surprising end. All up it's been a great series, and certainly it's an outstanding superhero team - so good, in fact, that I'm rather annoyed that their adventures are ending. This 'jam' issue sees art contributions by some of the best artists working in the industry today - Doyle, Cloonan, Quinones and McKelvie - and this only makes the pain of losing the book even more severe. I want more adventures for these guys, written by Gillen and drawn by these fabulous artists. (4/5)