The Angriest: August 2017 in review 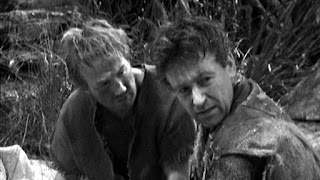 All roads led to Rome in August; at least, the most popular post on The Angriest did. The review of Part 2 of the 1965 Doctor Who serial "The Romans" topped all other pieces for the month. You can read it here if you missed it. Other popular posts this month included comic reviews for 26 July (link), and a review from "The Dalek Invasion of Earth" (link).

Altogether in August 2017, I conducted one interview, 12 films in theatres (thanks mainly to the Melbourne International Film Festival), 7 older films, 9 TV episodes, one anime episode, and 62 comic books. A full list of my reviews and posts from The Angriest, FictionMachine and FilmInk for the month is included below. Thanks for reading.