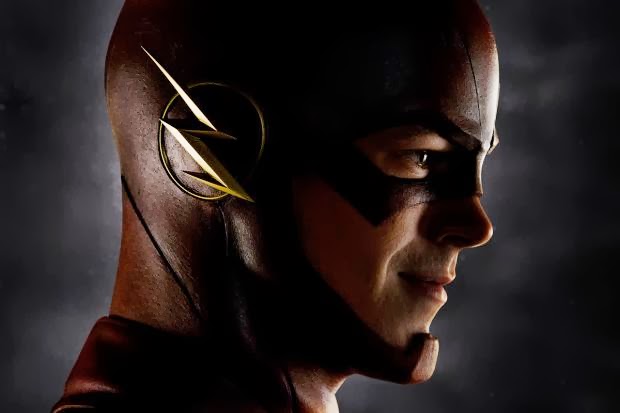 The US TV networks are deep into pilot season, so now is as good a time as any to have a first look at the sorts of science fiction, fantasy and horror shows we might be able to start watching in late 2014 and early 2015. While there's a chance some of these won't get commissioned as a series, it's still a pretty good indicator of the sorts of shows that will be out looking for a fanbase in the coming 12 months.

What's hot in 2014? Superheroes and comic books, zombies and aliens. What's not? Spaceships. It's been a long time since a US network took a serious punt at a series set in space, and with the highly anticipated Star Wars Episode VII and Guardians of the Galaxy on the horizon and the likes of Star Trek and Gravity making record amounts in cinemas I think that's something that should change pretty soon.

Under the cut: all of the pilot commitments for the season, by network.

ABC
﻿﻿﻿﻿ClementineA career criminal is the target of a religious cult who fear she possesses supernatural powers that will either save or destroy the world. I don't know a lot about star Sarah Snook, but supporting actors Mykelti Williamson and David Strathairn are both great performers. This is an odd-sounding project for ABC, which usually focuses on more family-friendly programs. Creator Dean Georgaris has previously written or co-written the screenplays to Paycheck, Lara Croft: Tomb Raider: The Cradle of Life and Wanted. This is his first TV project.

Forever
An immortal, played by Ioan Gruffudd (Hornblower), masquerades as a New York medical examiner. I'm trying to think of the last time there was a successful series out of this kind of 'magical person lives among us' premise. Hollywood tries one out every couple of years, but they very rarely work out. Gruffudd is an appealing actor, however, and is long overdue for a hit TV series in the USA. Creator Matt Miller has written and produced for Chuck, Human Target and Las Vegas, which doesn't fill me with confidence.

Galavant.
This is a half-hour comedy series focusing on a fairytale prince seeking revenge against the king who stole his true love. I'd be completely flummoxed that this series had even hit the pilot stage if it wasn't for the premise of award-winning and legendary composer Alan Menken as executive producer: so what we're really looking at here is Walt Disney producing a fairy tale comedy with the guy who helped bring Enchanted, The Little Mermaid, Aladdin and Tangled to life. This could be brilliant or incredibly awful, and I'm not sure there's much chance of it falling anywhere in between.

The Visitors
Unseen alien invaders attempt to take over the world via our children. It's an Amblin Television production, which means Steven Spielberg is involved, and the pilot is being directed by the very talented Mark Romanek (One Hour Photo). This has promise, but they seem to try an alien invasion series every year and they rarely work out (Spielberg's own Falling Skies being a recent exception).

CW
The Flash
I was actually pretty surprised when Arrow, an adaptation of the DC Comics hero Green Arrow, became the breakaway hit that it did. I'm even more surprised that the CW is so confident in their franchise that they're already spinning it off after just two seasons. Grant Gustin plays Barry Allen, aka the super-fast superhero the Flash in this second attempt at bringing the character to television. Hopefully this version will last more than the one season.

iZombie
Another DC Comics adaptation, this time taking Roberson and Allred's Vertigo title and adapting into a crime procedural where the lead character is a zombie who eats brains to access the memories of murder victims. The adaptation is being done by Rob Thomas, whose previous series Veronica Mars was a cult favourite. This is probably one of the pilots to watch out for, but there is a worry that it's quirky and slightly gross premise might not find a mainstream audience.

The Messengers
A group of unrelated stranger die when an alien object crashes into the Earth, only to come back to life when they are tasked with preventing the apocalypse. This series, written by Eoghan O'Donnell (Teen Wolf) feels out-of-date and ready for cancellation, and it hasn't even been made yet. Sofia Black-D'Elia (Gossip Girl) and Joel Courtney (Super 8) star.

Supernatural: Tribes
Supernatural has been a perennial hit for the CW, and this spin-off series is an unexpected attempt to extend the franchise beyond the original show (that has to be nearing its end point after nine seasons). The Chicago-set series follows hunters and monsters fighting each other in the city's back streets and underground. The buzz hasn't been great on this, but I guess CW are hoping the brand name will drag it along enough to let it find its feet.

FOX
Like CBS, Fox are pretty much abandoning genre fare this year. Unlike CBS, however, this is actually a bit of a surprise. Some of Fox's biggest hits have been genre shows.

NBC
Babylon Fields
On the one hand this series, in which the dead begin to return to life in New York, sounds like a fishy Hollywood rip-off of Tim Seeley and Mike Norton's comic book Revival - which has itself been developed for television. It turns out this is based on an unsuccessful pilot produced all the way back in 2007. Meagen Good and Skeet Ulrich star. I actually think the premise is a more promising one now that seven years ago.

Constantine
The third DC Comics adaptation of the season, and possibly the most surprising: based on the same comic book (Hellblazer) that inspired the Warner Bros movie Constantine some years ago, this series follows Matt Ryan as the English magician John Constantine as he fights demons and monsters in New York City. The pilot is being directed by Neil Marshall (The Descent, Dog Soldiers). It's an odd fit for NBC, which may hurt it in the short-term. Certainly the original comics are packed with strong, dark storylines - the question is how dark is the network prepared to go?

Tin Man
A crime thriller in which a robot is accused of murder and a young female lawyer is forced to defend it in court. While the writer is promising (The Ring's Ehren Kruger), as is the director (D.J. Caruso), we already had a pretty high profile crime series involving robots this season, and its pretty much guaranteed to be cancelled. I can't see this project faring any better to be honest.
Posted by Grant at 12:21 PM