Star Trek: The Next Generation: "Angel One" 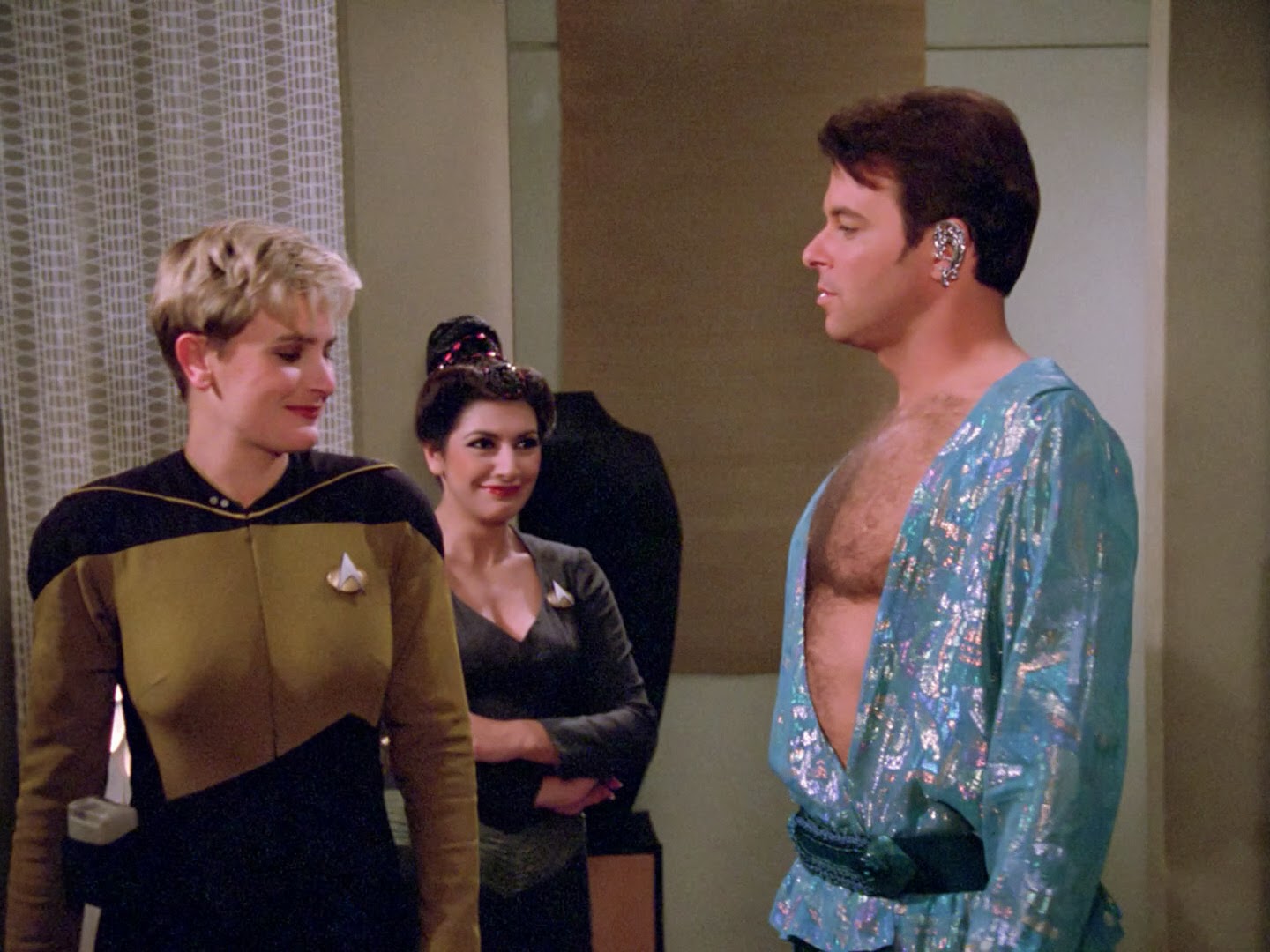 There is an old science fiction trope in which characters arrive on a planet where women rule the land, and all men are meek and subservient. It's a ridiculous and widely derided trope, of course, because it doesn't really explore or investigate anything. All it really shows is a male fear of female power, based on a faulty premise: the opposite of patriarchal oppression is not matriarchal oppression but rather an absence of oppression at all. The resolution of the story is almost inevitably the realisation that women do need men, and it's almost always a male character who makes the women realise this.

This tedious trope continues to rear its head from time time. It was tackled by Gene Roddenberry's own Earth II, as well as episodes of Hercules: The Legendary Journeys, Buck Rogers in the 25th Century, Sliders and even The Two Ronnies. It was only a last-minute script change in 1969 that prevented Doctor Who from having its own version of the "women rule the planet" story. Sadly no such script change saved Star Trek: The Next Generation from "Angel One".

So the Enterprise travels to Angel One, where women rule and men live in servitude. A Federation trading vessel crash-landed somewhere on the planet, and the Enterprise away team need the government's position to go look for them. When they finally find the traders, they don't want to leave. Instead they plan to challenge the sexism of the government and show that men can contribute to society as well.

"Angel One" doesn't sink the offensive levels of "Code of Honor", but it is an irredeemably dire hour of television. The main plot, on the titular planet where women rule and men act as servants, is just a string of cliches, one laid after the other in a line of faecal-coloured dominos. The planet's leader Beata (Karen Montgomery) is, as the cliche-aware would expect, something of a femme fatale, and it's not long before she and Commander Riker are snogging. This episode really does show Riker at his worst: his behaviour passed with audiences back in the 1960s when it was Jim Kirk doing the snogging, but standards changed a lot in the intervening 20 years, and they've changed still further in the 25 since that. Today it feels like he should be facing disciplinary action for half the things he says and does in this episode.

This is the sort of episode where you want to travel back in time and be a fly on the wall when the production team decided to go ahead with it. Why did they make this story? Why bother? Why insult their cast and their audience with this stuff? This isn't the lowest point of the season, but my goodness it's close. Four good episodes out of 13. That's a quality ratio of 31%.
Posted by Grant at 4:13 PM