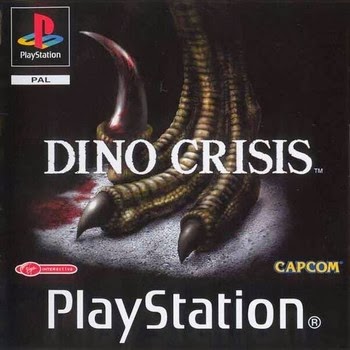 In 2014 Sony's PlayStation videogame console turns 20. I'm not sure anybody back in 1994 was expecting the console to sell as well as it did. It originated as a collaborative project between Nintendo, who were looking to replace their Super Famicom (aka SNES) system, and Sony, who brought with them their own CD-based storage technology. When Nintendo pulled out of the project, Sony brought it to completion on their own. When released it became an international sensation, broke all sales records for a videogame console and pretty much left Nintendo's own effort (the Nintendo 64) in the dust. Over 10 years Sony sold 102 million Playstations, and transformed console gaming from something that kids did to a genuinely mainstream proposition.

To celebrate the 20th anniversary of the PlayStation, I thought I'd revisit my 20 favourite games released for the system. These aren't necessarily the best games, but they are my personal favourites. I've deliberately avoided including games that were released simultaneously on different platforms, and instead focused on PSX-exclusive (or, at least, PSX-first) games. First up: action and suspense, courtesy of publisher Capcom and the edge-of-your-seat thrills of Dino Crisis. 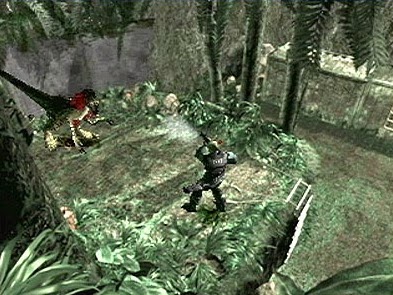 Dino Crisis (1999) is an third-person action game in which the player controls an agent sent to investigate an island-based research facility. Once there he discovers the facility is overrun with dinosaurs: the aim of the game is to stop a mad scientist's experiments without getting eaten by a tyrannasaurus rex or mauled to death by velociraptors.

Dino Crisis was produced and directed by Shinji Mikami, who had already directed Capcom's smash hit horror game Resident Evil. In many respects it's a clone of that franchise, with the simple change of swapping zombies for dinosaurs. It also lifts material liberally from Michael Crichton's Jurassic Park, as well as Steven Spielberg's movie adaptation. We could be charitable and say it was 'heavily inspired', but to be honest this game runs dangerously close to plagiarism.

No matter: the pulp storyline may be derivative, but the gameplay is tremendously exciting. Dino Crisis is a classic example of the gradual co-opting of film narrative and visual techniques by the videogame medium. You're not playing a film by any means, but the tricks and tropes used for decades by the motion picture industry have been liberally applied here. Some set pieces make you jump, some give you edge-of-your-seat thrills. The game pushes action more than horror to generate its tension, and this does set it apart somewhat from the much scarier, but much less action-packed, Resident Evil.

Dino Crisis was subsequently ported to the PC and the Sega Dreamcast, and was followed by two sequels: one on the PSX and another, much later, on the Microsoft Xbox. Neither was as effective, in my opinion, as the original.
Posted by Grant at 9:08 AM