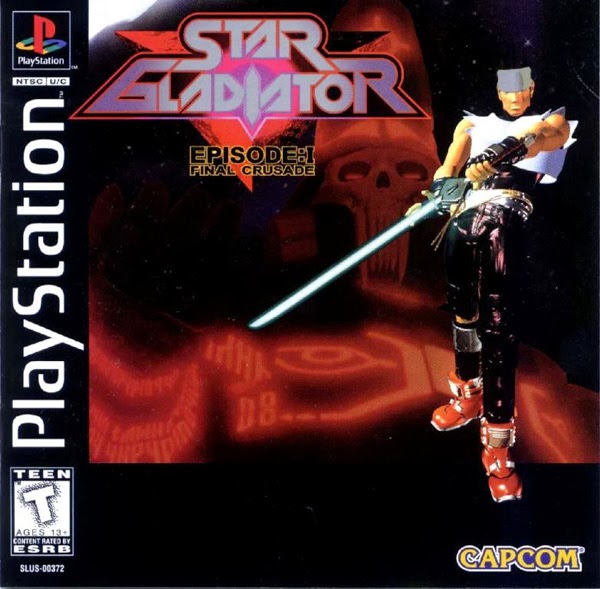 Fighting games probably hit their peak in the 1990s, driven by the big name franchises like Virtua Fighter, Tekken and Soul Blade. While the Sega Saturn arguably got the best of the mid-90s generation of videogame consoles, the PlayStation still got its fair share. I've always enjoyed fighting games, even though I suck at them. One of the reasons I love them so much is their character design: they're almost entirely based around characters, since the backgrounds - while often beautifully constructed - are entirely secondary to the two protagonists beating each other up on screen.

Star Gladiator was never one of the most popular fighting games, but I've always liked it - partly for its great, vivid characters but also because unlike its competitors it was a science fiction game. You don't select your character from a bunch of human martial artists, you select it from a wildly varying array of aliens. Who doesn't like aliens? 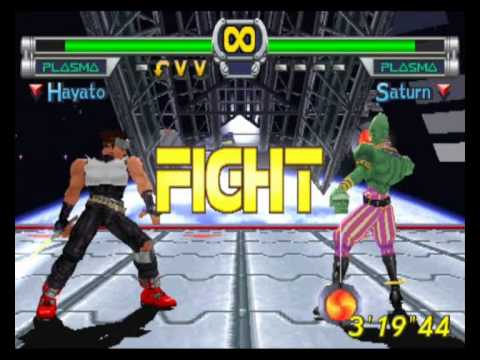 I think my favourite character is Saturn Dyer, a cone-headed green guy in stripy trousers who fights with plasma-powered yoyos. Go on, admit it: a green alien in stripy trousers throwing plasma yoyos around sounds like a pretty awesome thing to put in a videogame. If that's not to your taste, there's the Wookiee-like Gamof Goghry, the dinosaur Rimgal, the feathered Zelkin Fiskekrogen and the assassin droid Vector.

Asides from the science fiction dressings, it's a competent but essentially unoriginal fighting game. It was originally released in arcades in mid-1996 before being ported to the PSX a few months later. It uses a four-button system with the expected range of combos and special techniques. It was popular enough to get a single sequel, Plasma Sword, in 1998, that was ported to the Sega Dreamcast. After that, however, and aside from a new cameos, the cast of Star Gladiator have languished in obscurity. It's a shame - I could totally play some kind of motion controlled Saturn Dyer yoyo-flinging game.
Posted by Grant at 9:50 AM